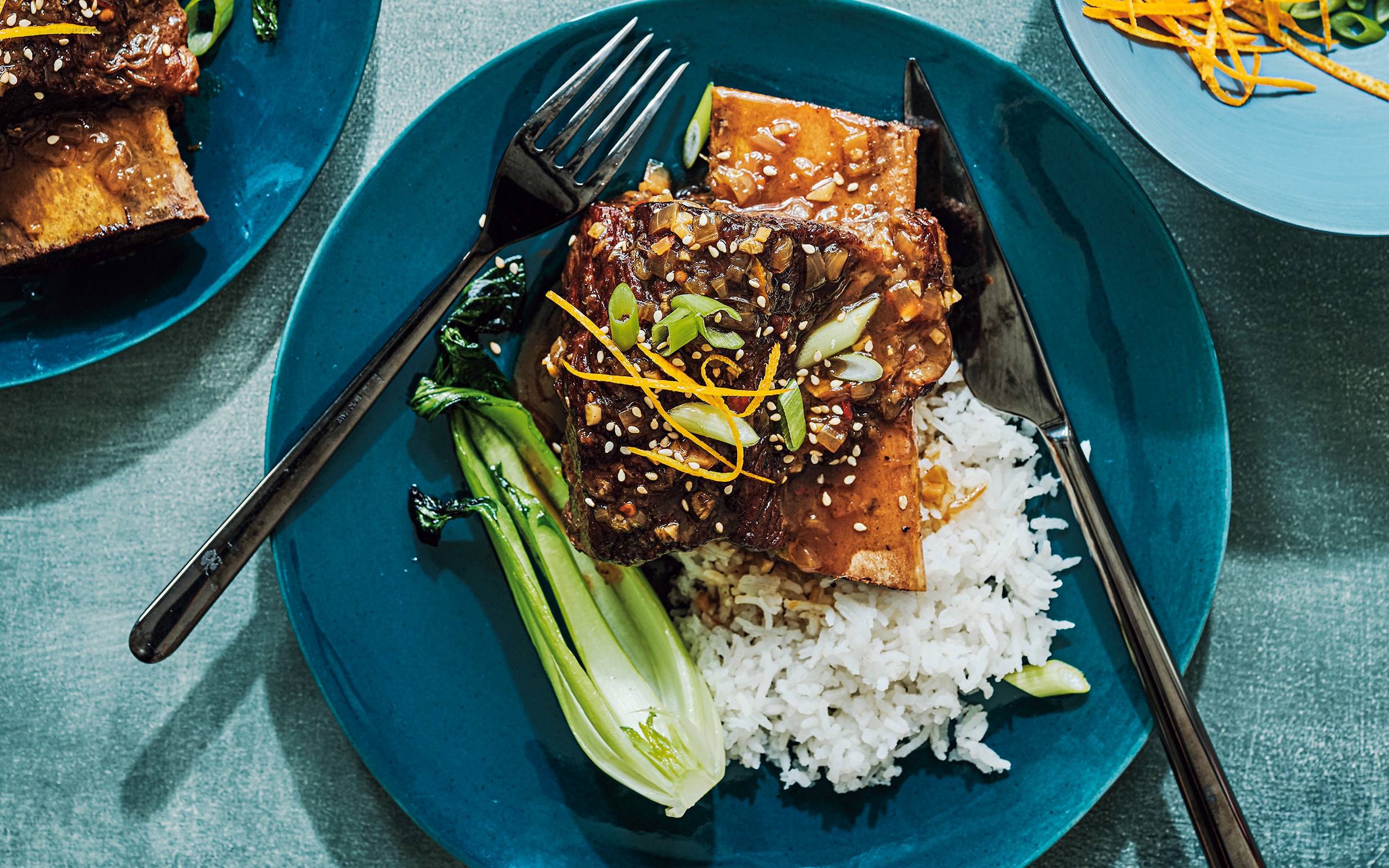 Once you taste these – the meat is so soft and rich – you’ll be hooked, just as I am. The difficult thing about this dish is balance. You don’t want to end up with something that is basically salt and sweet; you also need a little freshness and a bit of heat too. This is why I don’t reduce the cooking juices until they’re thick – as that means the flavour intensifies – but instead I add cornflour as soon as I get the flavour I want. This needs a couple of vegetables on the side, as well as rice, or it’s too intense – it needs contrast.