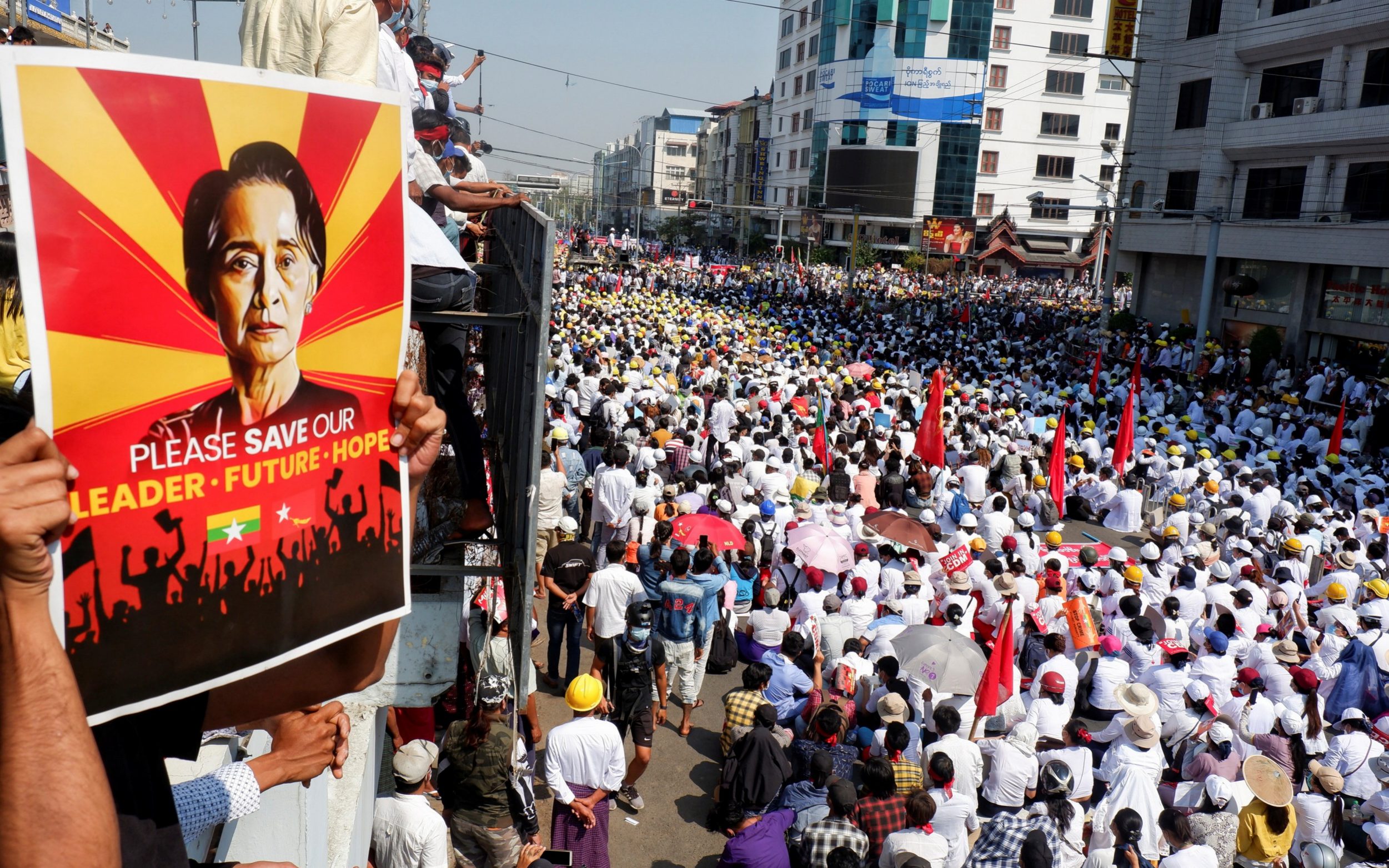 Despite the huge disruption revenue, he said employers were generally sympathetic to the civil disobedience movement because “their future and their children’s future have been stripped off overnight.”

There were reports of dozens of arrests in Naypyitaw and some young protesters wrote their blood group and emergency contact numbers on their forearms in case of a violent crackdown. However, the police largely refrained from taking any punitive action.

EU foreign affairs ministers, meeting in Brussels on Monday, threatened the coup ringleaders with sanctions unless the civilian government was restored and its leaders freed.

“The EU stands ready to adopt restrictive measures targeting those directly responsible for the military coup and their economic interests,” the Foreign Affairs Council said, warning that the EU was reviewing its trade and development cooperation with Myanmar.

Anna Roberts, executive director of Burma Campaign UK, said the EU had failed to announce decisive action to support those in Burma risking their lives or imprisonment.

“It’s not good enough for the EU to say it stands ready, they need to act now. The danger of this slow and low-key response is that the generals will become more emboldened to commit further atrocities,” she said.

Thant Myint-U, an author and Myanmar historian, warned that the window for a peaceful resolution was closing and that international reactions of statements and sanctions would have no effect.

“The outcome of the coming weeks will be determined by just two things: the will of an army that’s crushed many protests before and the courage, skill and determination of the protesters (much of society) themselves. Two pivotal forces in the raw. Nothing is preordained,” he tweeted.