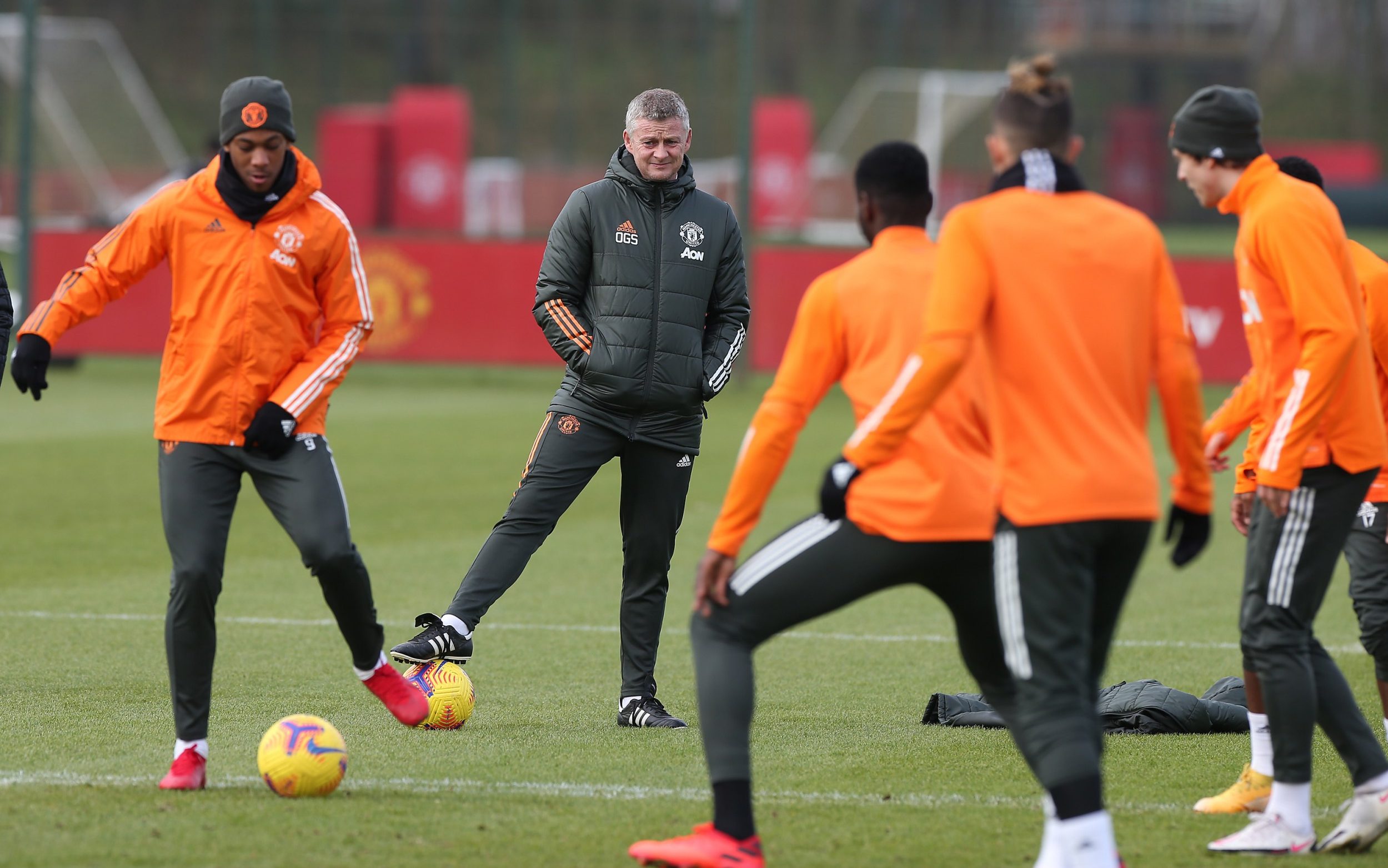 Manchester United’s game against Newcastle will go ahead this evening despite a Covid outbreak that will see several members of the coaching staff miss the match.

It is not thought any Manchester United players will be forced to sit out the game, with the club insisting it will not be providing the names of anyone who has caught the virus or been forced to self-isolate.

The club insists all medical matters are confidential and will not be making any further comment on the matter, merely confirming the change in the dugout and confirming the match will go ahead.

A statement released on Sunday morning read: “Nicky Butt and Mark Dempsey will join Ole Gunnar Solskjaer on the bench this evening due to some of the coaching staff having to self isolate.

“The home Premier League game against Newcastle United at Old Trafford will kick off at 19:00 GMT.”

Newcastle were one of the worst-affected top-flight clubs when they suffered a Covid outbreak back in November and a total 19 cases hit the club, including staff and players.

It remains to be seen whether Manchester United have managed to contain the problem, but the fact the game is going ahead suggests the players have returned negative tests at this stage.

Newcastle are in desperate need of points after Fulham’s victory over Sheffield United on Saturday cut their lead over the relegation places to just three points.

“Every game in the Premier League is difficult,” Solskjaer told the club’s official website. “You’ve got to earn the right. You’ve got to do it by your quality but first of all the attitude.

“Run more than them, want it more than them and we’ve got players who have got the quality, so hopefully we can take the chances.

“He’s done a very good job, of course. It’s tight down there but I think the last few weeks they’ve found a different way of playing as well.

“Bringing Graham [Jones] in, they’ve tried a diamond, they’ve been more adventurous so I’m not sure what type of game he’ll set up, but I know Brucie will go all out for three points.”