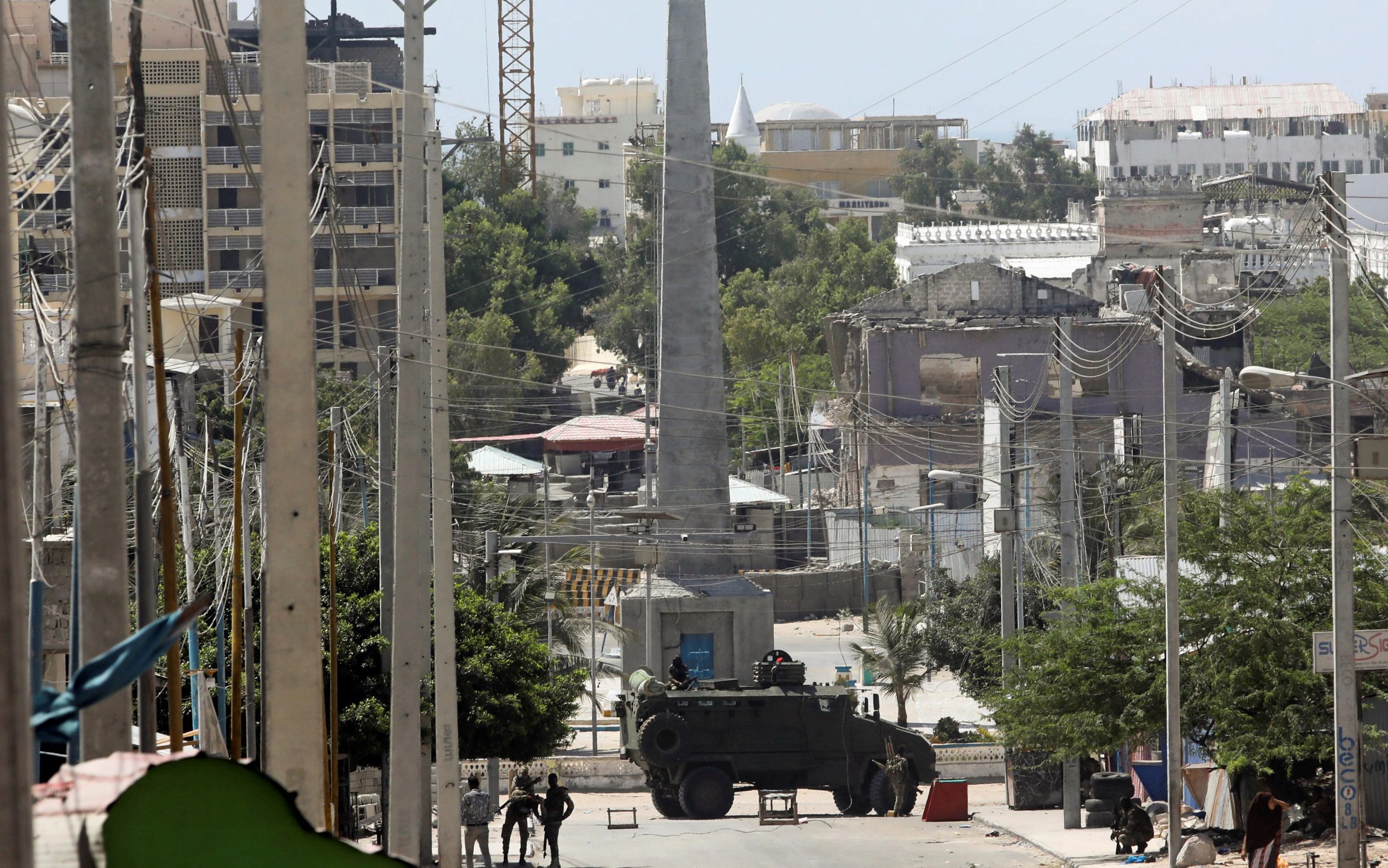 Gunfire and rockets exploded on Friday in Mogadishu as Somali government forces clashed with opposition supporters angered by delayed elections, fighting that could split the military along clan lines and strengthen the al Qaida-linked insurgency.

Video sent to Reuters from an anti-government demonstration showed civilians in facemasks – accompanied by friendly soldiers in red berets with ammunition belts wrapped around them – waving Somali flags scattering before gunfire erupted. Reuters journalists nearby could hear intermittent gunfire as well as heavier explosions.

“Many forces heavily attacked us, I am now on my chest in an alley. This is a massacre,” protester Farah Omar told Reuters by phone. He said Turkish-trained special forces troops known as Gorgor were among those attacking demonstrators.

Another video showed flames where a rocket propelled grenade hit a row of shops opposite the airport entrance.

The spillover of political rivalries into open conflict will dismay Somalia’s allies and play into the hands of the al Qaeda-linked al Shabaab insurgency, which mounts attacks on civilians around East Africa in its bid to install strict Islamic law.

“The military is dissolving and many troops seemingly reverting to clan loyalties,” said Colonel Ahmed Abdullahi Sheikh, who served for three years until 2019 as the commander of Somalia’s elite U.S.-trained Danab unit.

“It’s a mess. There’s no longer any command structure whatsoever.”

“My fear is that many SNA (Somali National Army) outstations will leave their bases to come and participate in the fighting and give more ground to al Shabab. This will really empower al Shabab. Over a decade’s worth of gains might be lost,” he told Reuters.

Hours before that, Somalia’s former president, Sheikh Sharif Sheikh Ahmed, accused government troops of attacking a hotel where he was staying with another former president ahead of Friday’s rally.

“Tonight, Farmajo attacked us with armoured vehicles. That is dictatorship. He attacked us and residents at Maida hotel,” Ahmed tweeted after the attack, referring to President Mohammed. “We ask all civilians to come out and respond.”

Without mediation, the fighting has the potential to spread quickly.

Somalia has been riven by civil war since 1991 and both the government and opposition can call on heavily armed supporters. Legislators often travel in vehicles armed with anti-aircraft guns.