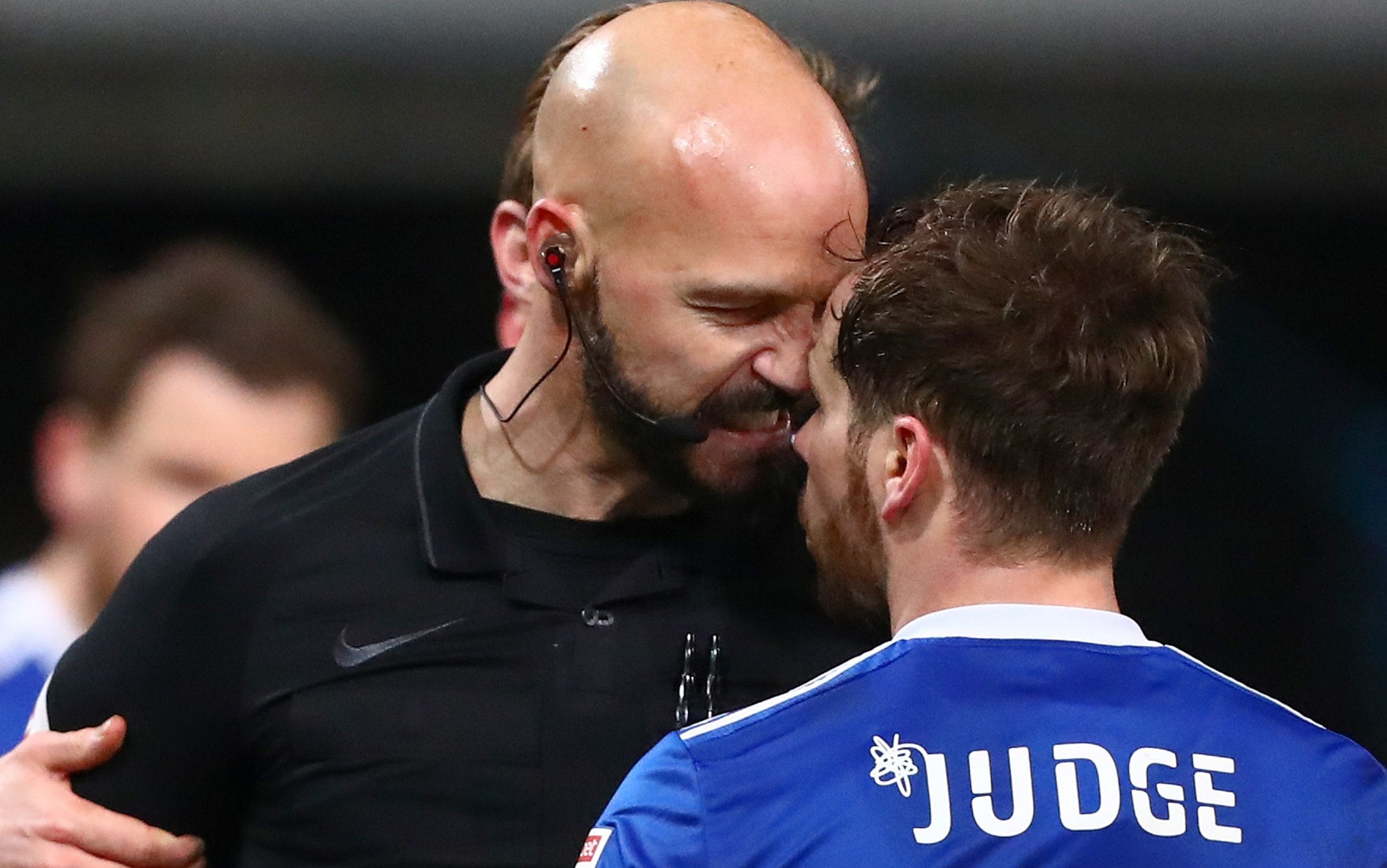 Who is Darren Drysdale?

Drysdale has been on the refereeing circuit for more than 30 years, beginning his career officiating Northern Premier League matches in 1988. He was an assistant to Graham Poll in the 2000 FA Cup Final and became a Football League referee in 2004. He is also a Fifa and Uefa recognised assistant referee.

In 2004, he was named the Combined Services Sports Official of the Year, an award for his work in sport within the RAF. He has been officiating regularly in the EFL ever since.

This is not the first high-profile incident he has been involved in. In 2017, Drysdale was credited by a fellow match official with “potentially saving a player’s life” during a game between Chesterfield and Morcambe.

Chesterfield defender Brad Barry swallowed his tongue after a collision. Drysdale, breaking FA protocols which encourage officials not to make contact with a player, put Barry in the recovery position to ensure he could continue breathing.

At the time, Drysdale said: “Even though you’re not supposed to touch injured players, when I saw he was in distress the survival mechanism in me just kicked in and I had to move him to do what I could to stop him from swallowing his tongue”

What will happen next?

The Football League confirmed on Thursday that Drysdale has been removed from the League Two fixture between Southend and Bolton on Saturday.

The Professional Game Match Officials’ Board Limited, which employs professional referees, released Drysdale’s apology but made no further comment. “I fully understand that it is important for us as referees to maintain our composure throughout the game and always engage with players in a professional manner,” said Drysdale. “I’m sorry that I did not do that and I can only apologise to Alan and Ipswich Town.”

Despite his apology, on Wednesday, the FA charged Drysdale with improper conduct and he faces a potential suspension. Drysdale has until March 4 to formally respond to the FA. If he contests the charge, an independent disciplinary commission will hear his case. Should the case be proven or he admits the charge, the commission will also decide on the severity of his sanction.

The disciplinary code treats officials as well as players and managers as ‘participants’ and, although it is extremely rare for a referee to be sanctioned, Drysdale faces the same theoretical punishment of an indefinite ban and fine.

Ipswich manager Paul Lambert described the apology as “soft” and said that Judge would be facing a six-month or one-year ban if the roles were reversed, but there was also considerable support across football for Drysdale.

“No need to apologise at all,” said England midfielder Jack Grealish. His Aston Villa team-mate Tyrone Mings also urged leniency. “Refs and officials put up with a lot from players,” said Mings. “Everyone makes mistakes – nothing to see here.”

‘He was lucky other players intervened to calm down the situation’

I cannot remember an incident where an English referee has confronted a player in the manner Darren Drysdale did at Ipswich on Tuesday night.

There was an occasion when Pierluigi Collina pushed Tomas Repka in an international match between Czech Republic and Holland [watch video below], but you remember these moments because they happen so rarely.