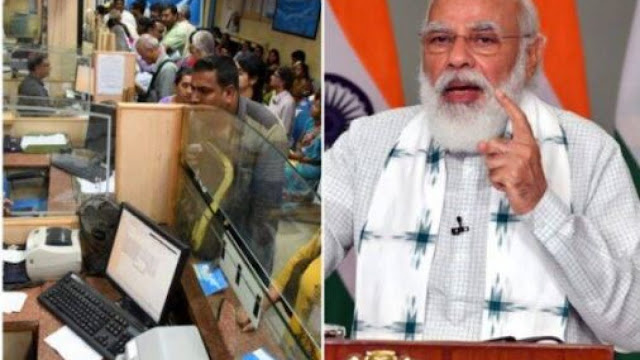 New Delhi, India News – The government has shortlisted four medium-sized banks for privatization. Finance Minister Nirmala Sitharaman had talked about privatization of some banks in the budget speech. Government sources said that Bank of Maharashtra, Bank of India, Indian Overseas Bank and Central Bank of India will be privatized.

According to information received by World News superfast, 2.22 lakh employees currently work in these banks. Two of these banks will be privatized in FY 2021-22, starting in April. Government officials said that if the government succeeds in privatizing these four small and medium banks, then the process of handing over some big banks into private hands can be started in the coming years.

SBI will remain a government bank

According to information received by the World News superfast, in reality the government wants to privatize most of the banks. This work will be done in a phased manner. But SBI, the country’s largest bank, will not be handed over entirely in private hands. The government will keep a large stake in it as a strategic bank, so that things like increasing loan disbursement can be done in rural areas.

A finance ministry spokesperson declined to comment on the issue. There will be no loss to the account holders of the banks which are going to be privatized. Even after privatization, they will continue to get all banking services as before.