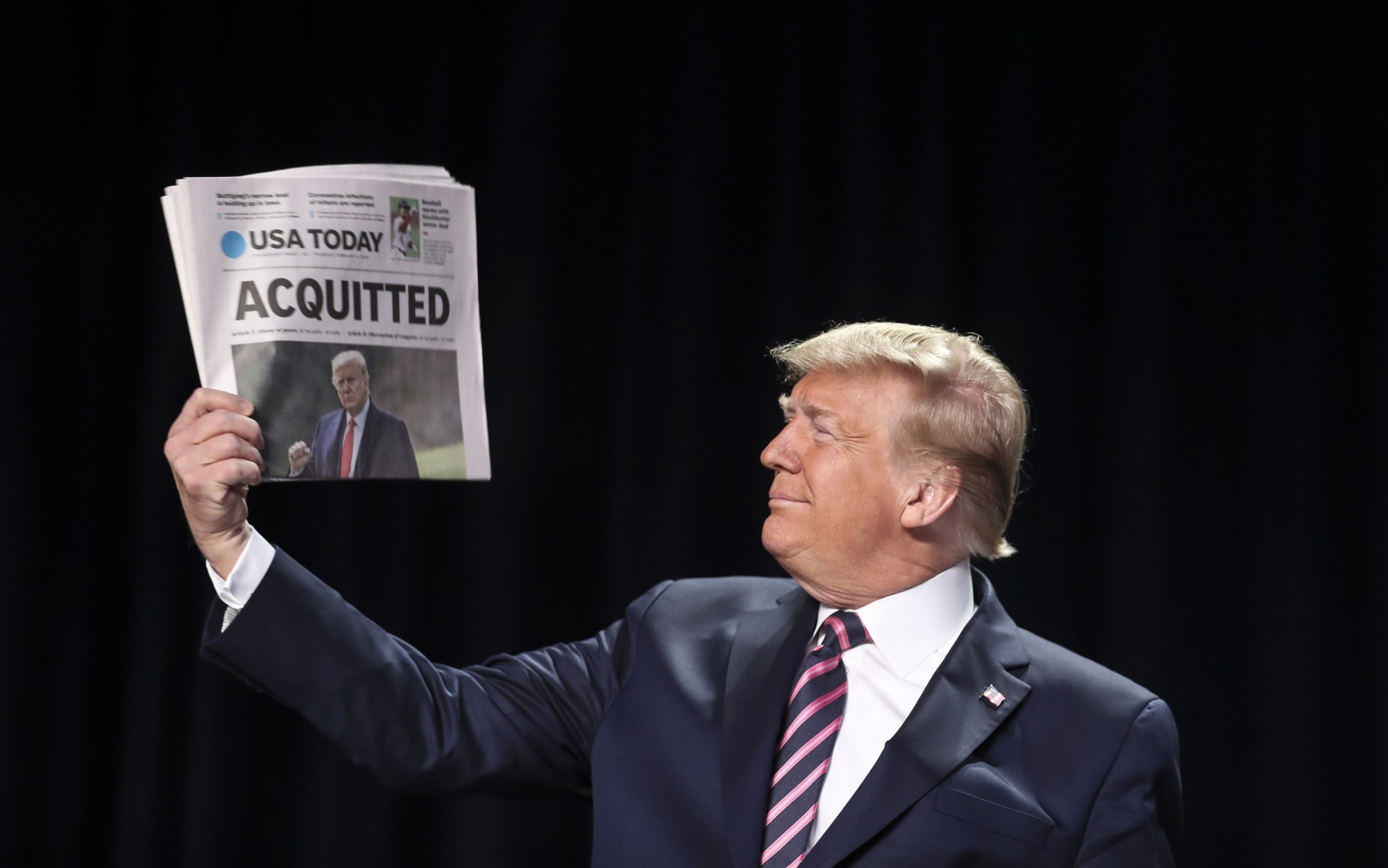 Donald Trump was acquitted on Saturday night of inciting insurrection at the end of his second impeachment trial.

A two-thirds majority of the 100 US senators – 67 – was required for a conviction, and Democrats fell short of reaching that bar. In total, 57 senators voted to convict, and 43 voted not guilty.

The court formally acquitted Mr Trump over his actions on January 6, when he told supporters to “fight like hell” before the US Capitol was invaded by a marauding mob.

Mr Trump welcomed the verdict and said the trial had been “yet another phase of the greatest witch hunt in the history of our country”.

He accused Democrats of being motivated by “political vengeance” to “persecute, blacklist, cancel and suppress all people and viewpoints with whom or which they disagree”.

The former president added: “Our patriotic and beautiful movement to Make America Great Again has only just begun.”

All 50 Democrat senators voted to convict.

They were joined by seven of the 50 Republicans including Mitt Romney, the Utah senator.

Hours before the verdict Mitch McConnell, the Republican leader in the Senate, told colleagues he intended to acquit, which may have influenced some of them.

Mr McConnell said it was a “close call” but he believed the Senate did not have jurisdiction to try Mr Trump because he is now a private citizen.

However, moments after the verdict, Mr McConnell addressed the chamber.

He spent 20 minutes lambasting Mr Trump as “practically and morally responsible” for the riot, accusing him of shouting conspiracy theories “into the largest megaphone on planet Earth”.

He said: “January 6 was a disgrace. They did this because they had been fed wild falsehoods by the most powerful man on Earth. Because he was angry he lost an election.