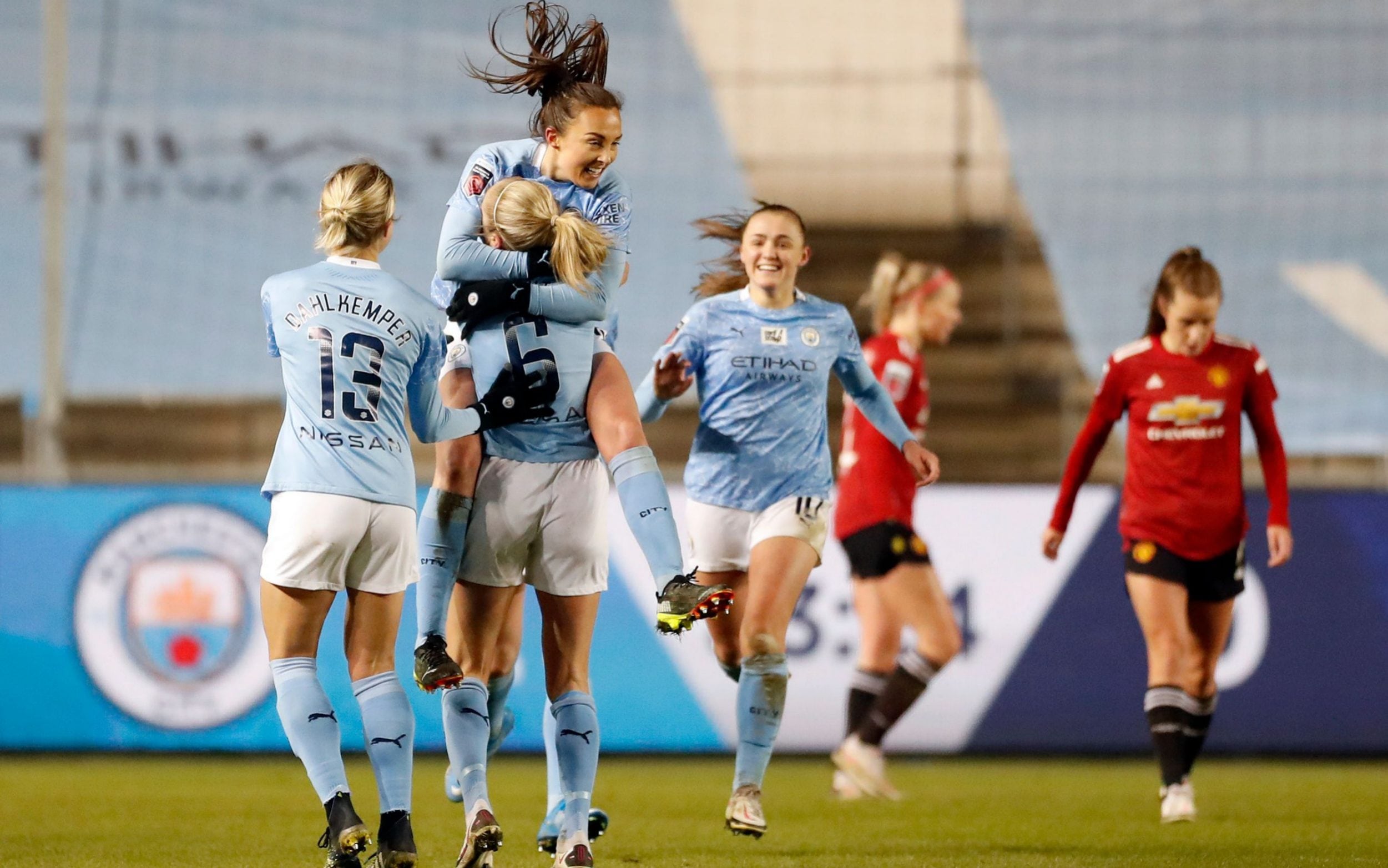 It’s a Manchester Derby under the lights this eve, and perhaps the meeting of these two sides in the league with more riding on it than ever before.

Last time they met in the WSL back in November, United recovered from a 2-0 deficit to share points with City. But at that point the title race was still in its relative infancy. Tonight, both teams are vying for more than glory as they continue in their chase of Chelsea at the top of the table.

A win for City would help them overtake United into second place and trail Chelsea by only two points. They are the in form team, with 25 goals from their last six matches, eight wins from their last nine and brimming with confidence after a decisive win over Arsenal last weekend. The only team in the top four to win last weekend, they are the club on the ascendancy after an unsure start with new manager Gareth Taylor at the start of the season.

Meanwhile United are licking their wounds after a loss to Reading at home. It was a slip up that coincided with Chelsea’s shock loss to Brighton – so meant United didn’t slip further away but saw the opportunity to regain the top spot slip through their fingers. Key attacking threats like Tobin Heath and Lauren James are injured, and they have had a mixed bag of results of late. Whether they can regain some confidence and go joint top here tonight with a statement, potentially season-defining win is the question.

We’ll keep you updated with throughout the evening. KO at 7pm – stay with us!