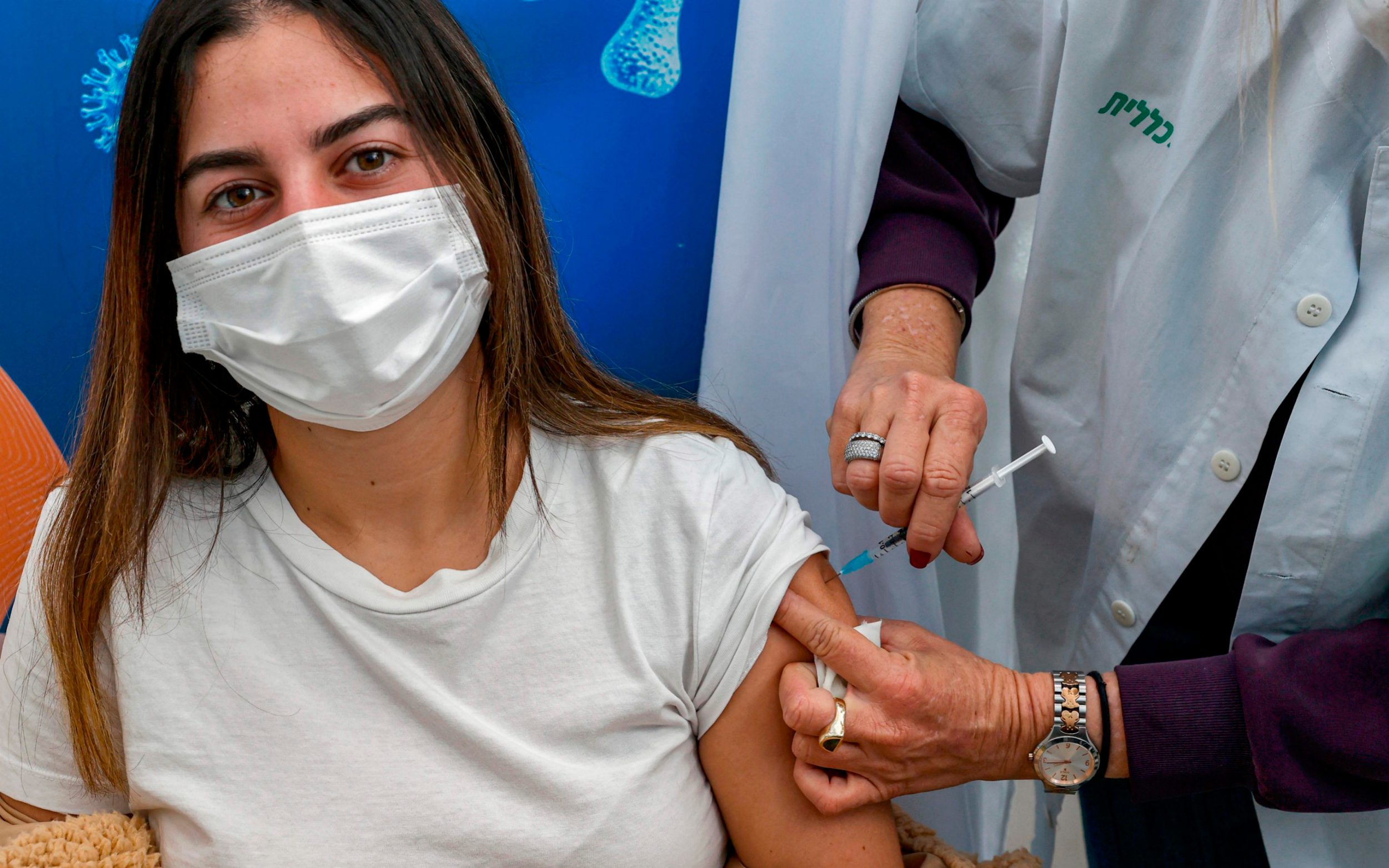 Announcing the findings on Monday, the study’s lead author Professor Eran Segal, a computer scientist at the Weizmann Institute, said: “We say with caution, the magic has started”.

Prof Segal said that by comparing their results with other age groups and the trends seen in the first wave of the pandemic, they could be “reasonably certain” that the vaccine was working.

He added that Israel had initially expected to see the impact of the vaccine earlier but a number of possible factors may have caused it to be delayed.

“The [older] people who came forward to get vaccinated first are probably the ones that are more cautious, so vaccinating them is going to have less of an impact”, he said.

“The UK variant is also the dominant one here now and if the reports are correct, this does not only spread faster, but it also causes more severe disease. This may have been another factor that off-set the [early] impact of the vaccine”.

Prof Segal and his colleague, Uri Shalit, warned that while the vaccine rollout in Israel had started out at an unprecedented pace, take-up was now slowing and getting to the final 10-15 per cent of high-risk groups was proving difficult.

“The worry is that among the high-risk population, we still have certain sectors like the Israeli Arabs and the ultra orthodox, where much lower percentages of people who are eligible to get vaccinated actually went to get vaccinated”, said Prof Segal.

Professor Shalit added: “If we don’t get to these groups, the modelling shows it can have a huge impact on mortality and critically ill patients in hospital”.

The biggest and most powerful Israeli vaccine study is expected to come from the country’s largest health care provider Clalit Health in the next few weeks. Clalit covers some 4.7 million people – more than half the country’s population.

Professor Ran Balicer, founding director of the Clalit Research Institute, said he was optimistic the vaccine was having a positive impact but that detailed efficacy data would take time to emerge.

“But what we could say, I think with good confidence from the Ministry of Health data, is… we finally have been witnessing a difference in the rate of decline of the daily severe illness between the over 60 and the under 60 age groups”, he said.

“That could have two potential explanations. One is that somehow the over 60s have become much more careful about their daily conduct, and are very careful not to get infected, or that vaccines on the population level begin to show their effects”.

“I would strongly agree that these ecologic data are quite reassuring and are quite promising. I would have been exceedingly worried had we not seen on a population level already such a picture.”

The mood is lifting at a political level too. Israel’s cabinet voted on Thursday to begin gradually reopening parts of the economy next week. Starting on February 7, restrictions on movement will be lifted while certain businesses will be able to reopen.