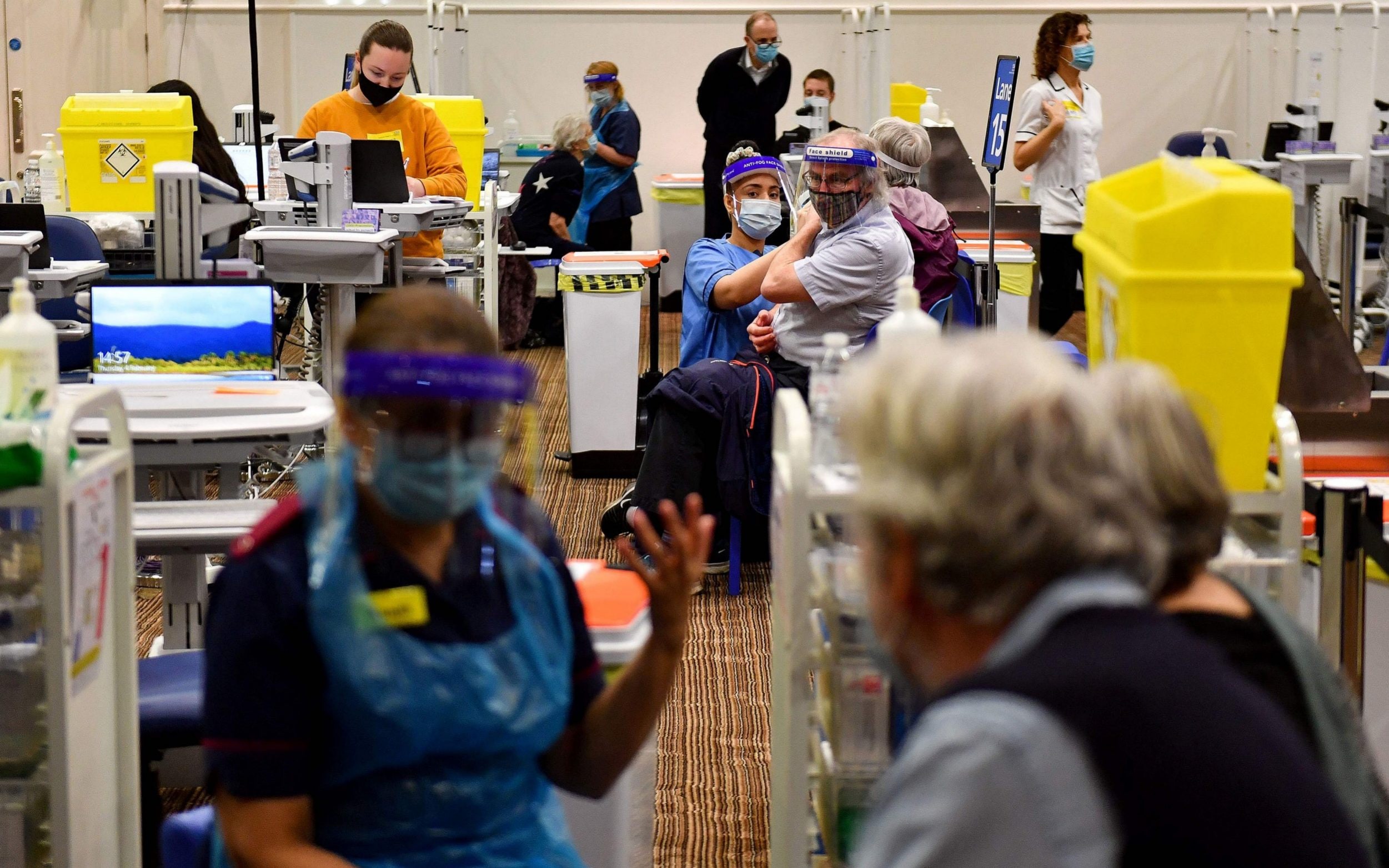 England and Wales are hoping to vaccinate all over-50s by early May, it emerged today, after a chaotic Downing Street briefing. This morning the Cabinet Office sent out a press notice confirming local elections would take place on May 6 because of “confidence” that the 1-9 cohorts would be vaccinated by that time. A No 10 spokesman then claimed this had been released “in error” and had been withdrawn, only to confirm it was correct in a bizarre twist minutes later. Matt Hancock has since affirmed the plan, but stressed it was dependent on supply. Read the priority list for the rollout. It comes as the Welsh Government said children aged three to seven will return to school from February 22. Sage said the UK’s R-rate has narrowed to between 0.7 and 1.0 and a new study shows the Oxford vaccine is capable of fighting the UK Covid variant.

Meanwhile, the Government has confirmed its hotel quarantine policy will launch on February 15, with participating hotels briefed for an “initial period” of 45 days – so at least until March 31. According to some experts these facilities could still exist in some form throughout 2022. The Government is still scrambling to secure enough capacity, but some major hotel chains with properties in and around the country’s main aviation hubs have already confirmed that they will offer up rooms. Here are Heathrow’s quarantine hotel contenders, ranked and rated.

Ursula von der Leyen has compared Brexit Britain to a “speedboat” when it comes to securing Covid-19 vaccines, while likening the EU to a slower tanker. The European Commission president accidentally made the case for Brexit after enduring weeks of criticism after delays in supplies of the AstraZeneca vaccine to the EU, compared to the UK’s pacey rollout. She admitted the bloc of 27 countries took longer to make decisions over contracts for jabs than a single country would. Her comments come as the boss of Barclays said the City of London should ignore the post-Brexit threat posed by the EU and focus instead on competing with major financial centres in New York and Singapore. Read on for details.

The five types found at every parish council meeting

If a film about Handforth Parish Council is not yet in development, it is only a matter of time. Already there are T-shirts bearing the slogan this gloom-sodden lockdown cried out for: “You have no authority here, Jackie Weaver.” Yes, overnight, one formerly obscure meeting clerk from the Cheshire Association of Local Councils has become a cult hero. Confused? Then you have not been watching the incredible scenes resulting from a parish council meeting conducted over Zoom in December. Yet should the viral sensation be a surprise? Ask any local newspaper reporter and they will reliably describe a cast list of recognisable parish council characters. Rosa Silverman reveals all.

Kilmarnock deaths | Two women and a man died following a series of incidents believed to be linked in Kilmarnock on Thursday night. Officers say they are not looking for anyone as part of their investigation and there is no ongoing threat to the public. Read on for details.

Donald Trump has resigned his membership of the American actors union before it met to decide whether to expel the former president and reality television star from its ranks. The Screen Actors Guild – American Federation of Television and Radio Artists (SAG), which represents 160,000 actors, journalists and other media professionals, said last month its disciplinary committee would decide on action regarding Mr Trump’s role in the Jan 6 attack on the US Capitol that left five people dead. Read what Mr Trump wrote in a letter that the union released.