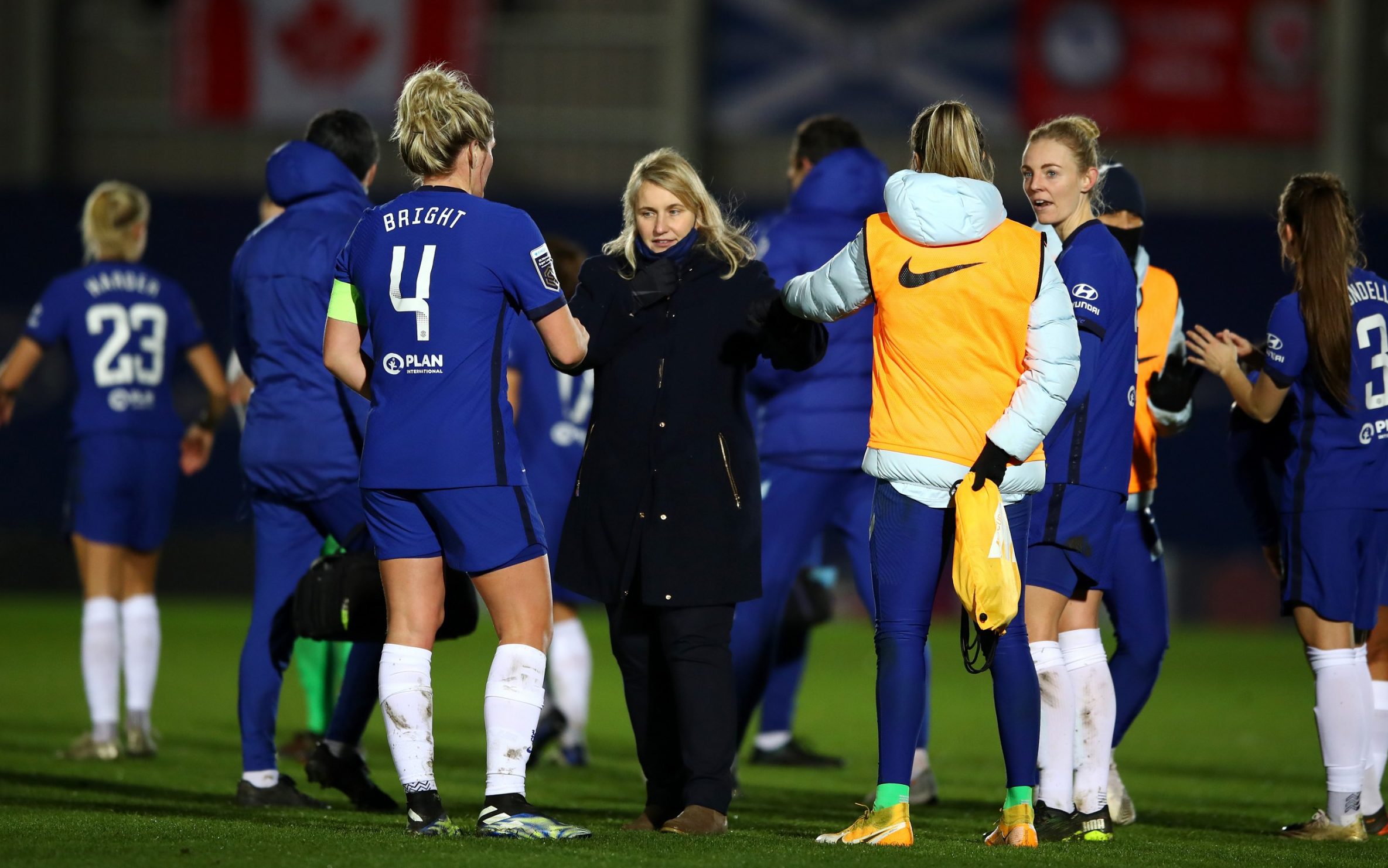 Chelsea manager Emma Hayes has clarified her stance on the possibility of her coaching AFC Wimbledon’s men’s team.

Hayes, who watched her side rout Chelsea 6-0 at Kingsmeadow on Wednesday night to reach the League Cup final had been named on Wimbledon’s shortlist for a new manager but denied that she had described the prospect of managing the League One side as “a step down” from the Women’s Super League and that the south London club could not afford her.

“I need to say I’ve never spoken to Wimbledon,” she said after Wednesday’s match. “The point I was making is that football does not [currently] represent the diverse society we live in. The whole point about [Wimbledon] not being able to afford me, has nothing to do with money, but everything to do with the fact I’m in the best job in the world and no amount of money is going to tempt me away.”

After watching her team’s ruthless tearing apart of fellow Women’s Super League side West Ham, it is a wonder why anyone would ever want to leave the job. Minutes in, there was already a feeling of inevitability about their progression to next month’s final at Vicarage Road, where they will play as defending champions.

They ran rampant to a 3-0 lead within 25 minutes, thanks to two Pernille Harder goals – one helped by a shocker from West Ham goalkeeper Mackenzie Arnold – and Sophie Ingle drilling in a low shot from range.

West Ham midfielder Kate Longhurst screamed at her team: “Heads up, this can go one of two ways.” But anyone watching could see that was not the case, and Beth England tapping in Chelsea’s fourth a minute later only stuck the boot in on the harsh reality.

From then on, West Ham’s aim was only to reclaim some dignity and, to their credit, they did in the second half by taking more of possession and a couple of chances – including Grace Fisk’s saved attempt. But the relentless nature of this Chelsea side meant West Ham could not stop the flood of goals, Kirby’s tap in and Harder’s 86th-minute hat trick completing the scoreline.