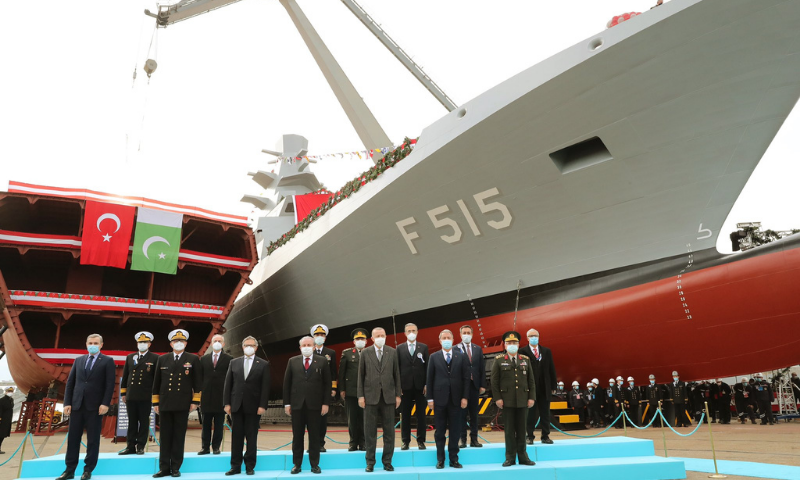 Pakistan News – According to information received by World News superfast, two neighboring countries China and Pakistan are plotting again against India. China has prepared a second naval combat ship (Frigate) for its special friend Pakistan, beaten by the Indian Army in Ladakh. As reported by the Global Times, this Frigate of China is equipped with improved radar systems and long-range missiles. According to media reports this will increase Pakistan’s maritime defense and defense capability.

According to information received by World News superfast, the Pakistani Navy contracted from China in 2017 for the construction of 4 warships of 054 A / P type. The first Frigate was produced in August 2020. The second fighter vessel for Pakistan was launched in Shanghai on Friday.

It is the most advanced frigate in China.

According to information received by World News superfast, this vessel is the main base of the Chinese People’s Liberation Army (PLA) Navy. The PLA has 30 such vessels. Zhang Junshe, senior research fellow at the Naval Military Studies Research Institute, said the new frigate is based on Type 054A and is China’s most advanced frigate.

According to information received by World News superfast, according to Global Times report, Pakistan Navy has also signed 8 submarine deal with China. This submarine is of Type 039B Yuan class. It is a diesel electric submarine. Which carries anti-ship cruise missiles. It has less noise due to air independent propulsion system. Due to which it is very difficult to detect under water.