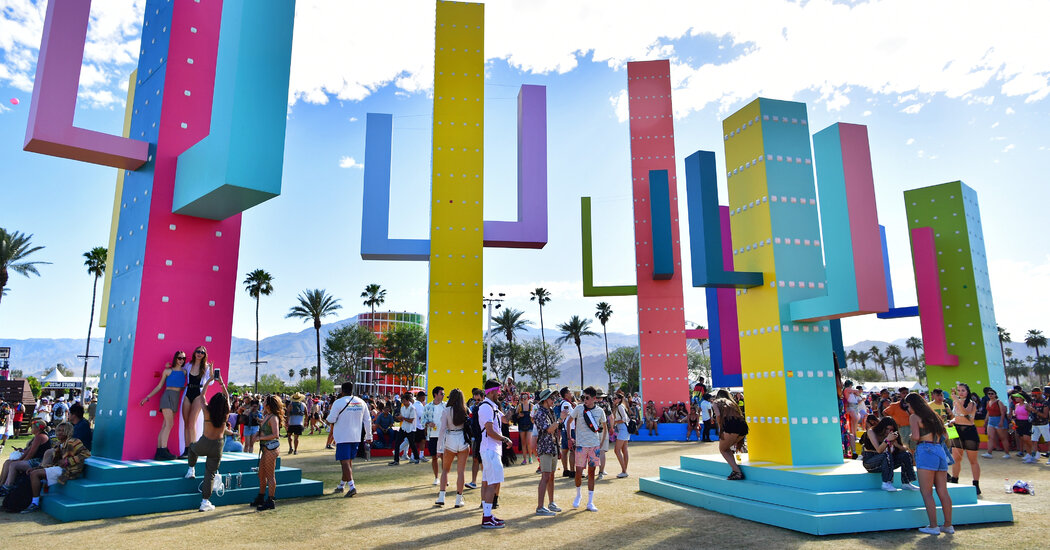 The Coachella Valley Music and Arts Festival, which draws more than a hundred thousand fans daily from around the world to Southern California, is off for a third time.

A county health order canceled the event, as well as the country music festival, Stagecoach, on Friday, citing the recent virus surge that has plagued California for months, despite some recent progress. Both were to begin in April.

In the order, Dr. Cameron Kaiser, a public health officer for Riverside County, said both events are “gatherings of an international scope” that were too risky amid the surge and appearance of more contagious variants.

“If Covid-19 were detected at these festivals, the scope and number of attendees and the nature of the venue would make it infeasible, if not impossible, to track those who may be placed at risk,” the order said.

The Coachella festival, founded in 1999 and held at the Empire Polo Club in Indio, draws up to 125,000 people a day and has come to be a bellwether for the multibillion-dollar touring business.

The festivals were some of the first major events canceled back in April 2020 in the early days of the pandemic. They were rescheduled for October, and in the fall were again postponed for April 2021.

New dates have not been announced.

On Friday night, Stagecoach’s homepage had its refund policy from 2020 posted on the landing page, but had not yet issued a statement. Coachella’s website did not mention the cancellation of the festival but highlighted its new clothing line released late last year.

While Coachella is one of the country’s biggest and most celebrated music events, Stagecoach is a smaller country music festival presented by the same promoter, Goldenvoice.

Last year’s Coachella was initially set to be headlined by the rapper Travis Scott, the singer Frank Ocean and a reunited Rage Against the Machine, along with dozens of other acts from across genres. Stagecoach was scheduled to feature Carrie Underwood, Eric Church, ZZ Top and more.

The concert industry has been essentially frozen since mid-March, when AEG and Live Nation, the corporations that dominate the live-music sphere, suspended all touring in North America in response to the coronavirus pandemic, leaving artists — as well as their crews and all other affiliated workers — unsure of when such large-scale events will return. Other major music festivals, including Lollapalooza in Chicago, Levitation in Austin and Summerfest in Milwaukee, have also been called off for the year.