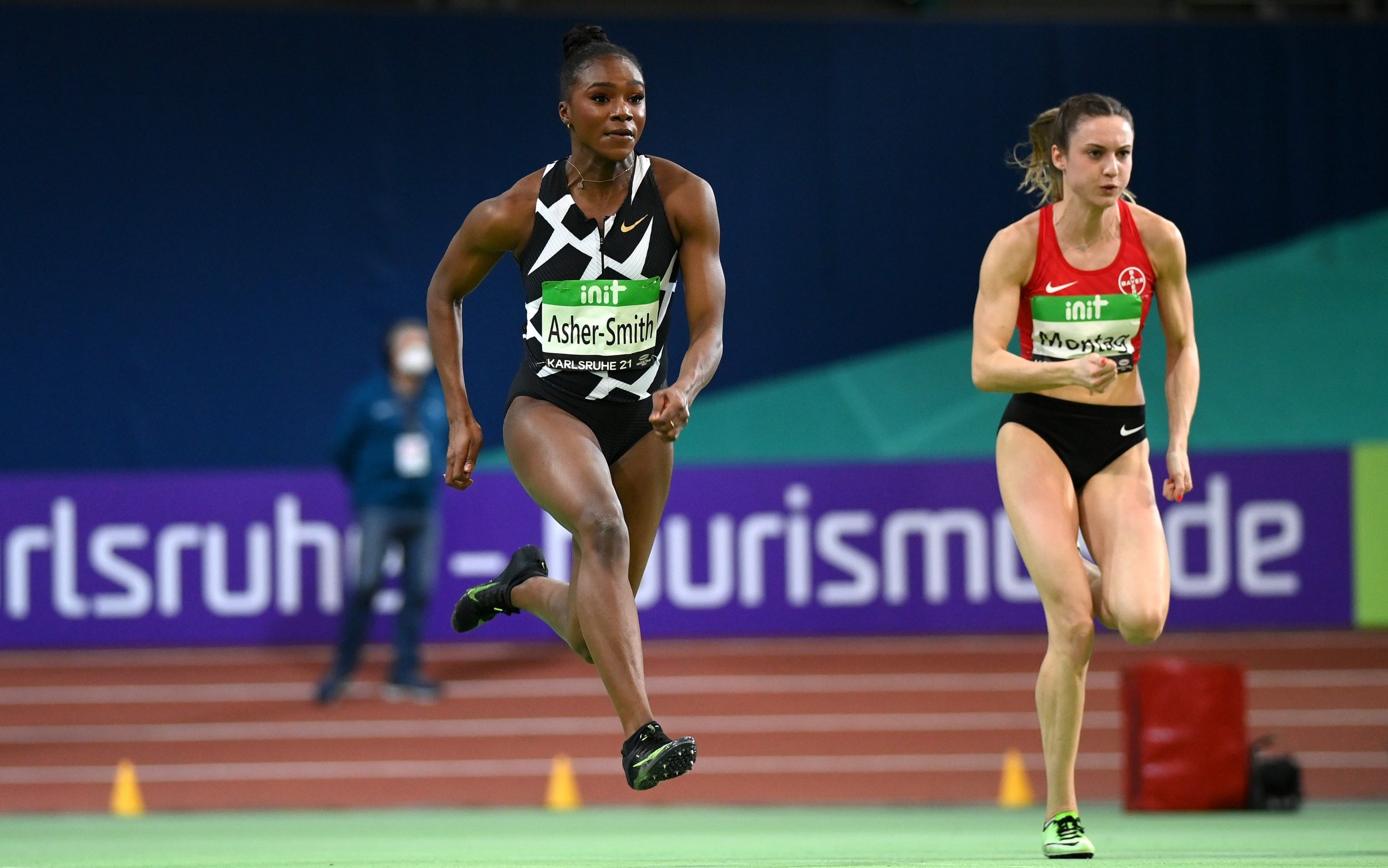 Consider this as notice served by Dina Asher-Smith to the world’s leading sprinters. Three years after last competing indoors and 15 months since an international race of any sort, Asher-Smith delivered an emphatic warning of what might come in this Olympic year when narrowly missing the British 60 metres record in her comeback race on Friday night. Rustiness? What rustiness?

With victory at the World Athletics Indoor Tour meet in Karlsruhe expected, it was to the clock that eyes turned for an idea of what kind of shape Asher-Smith is in after an extended pandemic-enforced training stint that wrote off the entirety of 2020.

“I’m a completely different athlete now,” she had said on the eve of competition when comparing her present incarnation to the athlete which last attempted a full indoor season in 2016.

She has lost the British 60m record since then but – on the basis of her personal best-equalling 7.08-second win on Friday – Asha Philip’s mark of 7.06sec is on borrowed time. The full set of British 60m, 100m and 200m records will surely be Asher-Smith’s in a matter of weeks, if not days.

“I was really, really happy with today,” she said. “It’s been a strange year for us all and been quite a long time since I’ve competed on the international stage so I wasn’t quite sure what to expect. But to equal my PB is really good.”

This is a rare appearance for Asher-Smith on the indoor circuit and she will bid for European gold at the start of March as she looks to build towards the Olympics this summer.

“We missed a whole year of high-level competition. Me, my coach and my team, we all made sure we wanted to focus on the indoor season, mainly to make sure we are race sharp going into the Olympic outdoor season.

“While the world has been really weird, we can’t forget that we have the biggest prize in track and field up for grabs this year.”

Earlier in the day, Asher-Smith had found out she is in the strange position of not having to race at an official British trials event to secure her spot for those European Indoor Championships in Torun, Poland, after the women’s 60m was the only event to be omitted from the trials due to a lack of sufficient entries.

Following the Covid-enforced cancellation of the British Indoor Championships, UK Athletics confirmed qualification for Torun would instead come from three behind-closed-doors trials events split across Lee Valley, Loughborough and Manchester/Sheffield on the weekend of February 20 and 21.

Only athletes deemed ‘elite’ and with an exemption to compete have been invited to try out, but the women’s 60m is the sole event that does not reach UK Athletics’ threshold of three confirmed entries. With a revised selection policy yet to be confirmed, Asher-Smith will effectively be guaranteed her spot. Not that there was ever any doubt.