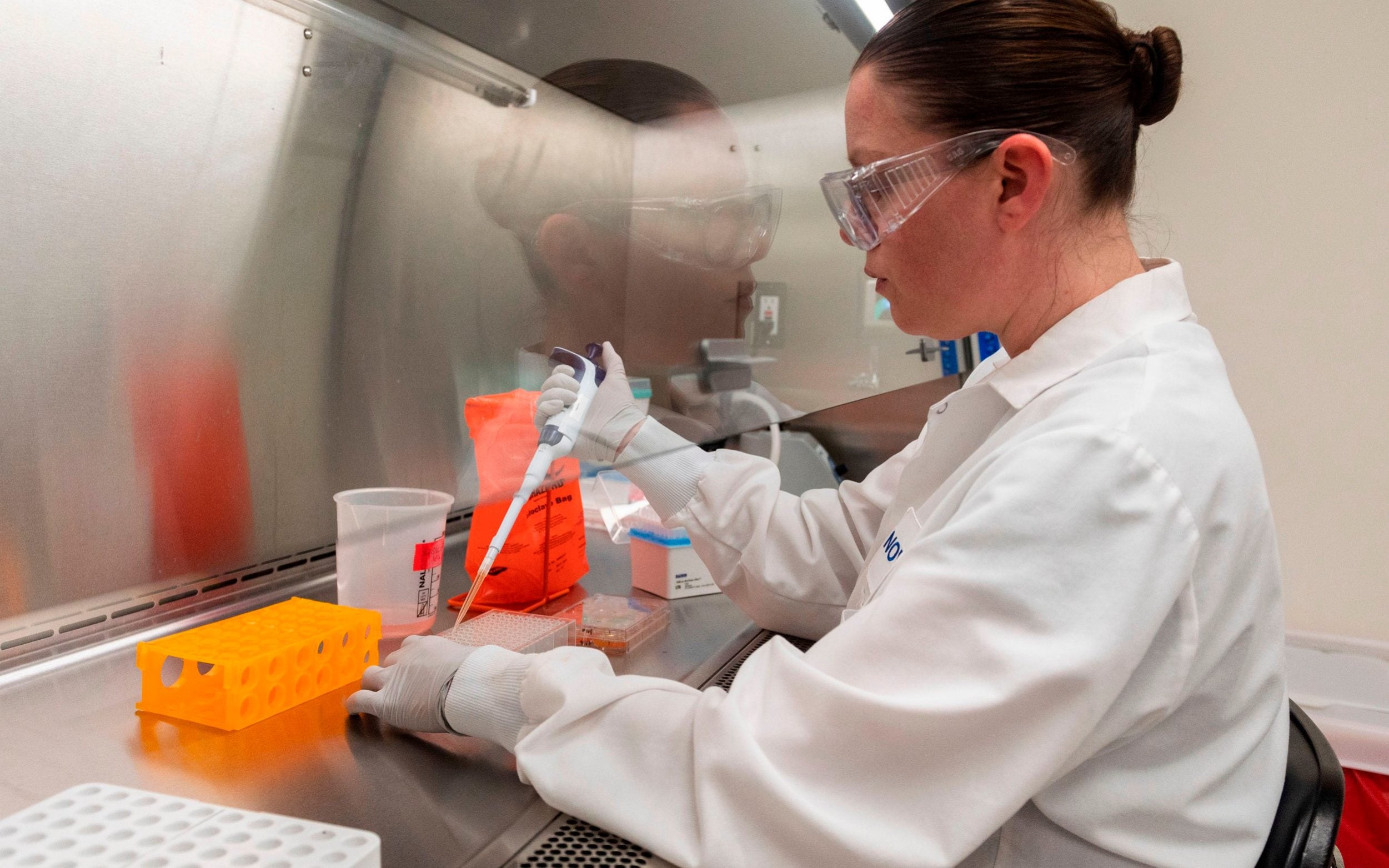 It is like the saying about London buses – you wait ages for good news, then two bits come at once. A single-dose vaccine, made by US company Johnson & Johnson, is 100pc effective at preventing hospitalisations and deaths from Covid-19. This means that one month after vaccination, no one who received the vaccine was admitted to hospital or died, regardless of which strain they encountered. In the 44,000-person trial by the company’s subsidiary Janssen, based in the Netherlands, they also found the jab prevented 66pc of moderate to severe cases. Crucially, it only requires one dose, which is significant after criticism of the Government for allowing up to 12 weeks between doses of the Pfizer and AstraZeneca vaccines (although an expert has suggested the decision to delay the second dose could mean Britons get a booster shot more capable of fighting off the new variant). This comes with Britain already on the brink of approving a fourth coronavirus vaccine by Novavax. You can track the progress of the UK vaccine rollout where you live.

Meanwhile, the European Union’s drugs regulator has approved the AstraZeneca vaccine after the pharma giant published its contract with the EU, as the row over whether it broke its vaccine commitments continues. It has emerged that AstraZeneca’s contract with the EU included two UK factories as part of the bloc, despite Brexit, adding weight to the EU’s position. Now the European Council is preparing to invoke emergency powers against AstraZeneca and Big Pharma within days, paving the way for the seizure of intellectual property and data. Ambrose Evans-Pritchard analyses the madness. With jab shortages set to hamper the recovery of Europe’s major economies, anger is growing in Germany at Ursula von der Leyen’s handling of the debacle.

Most ‘red list’ countries have lower case rates than UK

Just two of the 33 countries on the UK’s travel “red list” have a higher Covid case rate than the UK, The Telegraph’s analysis has shown, while several are seeing more than 10 times fewer infections than Britain. Under tough new border rules, citizens of red list countries are banned from visiting the UK, while British residents returning from these destinations will soon be forced to spend 10 days under guard in a quarantine hotel. However, the latest data suggests that the chance of an infected traveller coming to the UK from many of these countries is small. It comes as Germany is to impose tighter restrictions on travel from Britain due to the UK Covid-19 variant. Read the latest.

The coronavirus pandemic has disproportionately hit younger wannabe homeowners – but it has also accelerated a surge in million pound first-time buyers. The share of such purchasers doubled in 2020 – despite a grim economic outlook and the threat of high unemployment. Low mortgage rates and a new desire for space after lockdown, combined with concerned parents, a temporary tax break and a trend to move less often to avoid costs, meant those who can still afford to buy paid more.

Airport protests | The “Stansted 15” protesters, who stopped a deportation flight taking off from Stansted Airport, have had their convictions overturned by the Court of Appeal. Read on for details.

Two men in Indonesia’s conservative Aceh province have been publicly lashed 77 times each after neighbourhood vigilantes burst into their apartment last November and reported them to Islamic religious police for allegedly having sex with each other. The caning is the third time people have been punished for practicing homosexuality since Aceh banned it under Shariah law in 2015. The lashing with a rattan stick in front of dozens of people was carried out by a team of five enforcers.