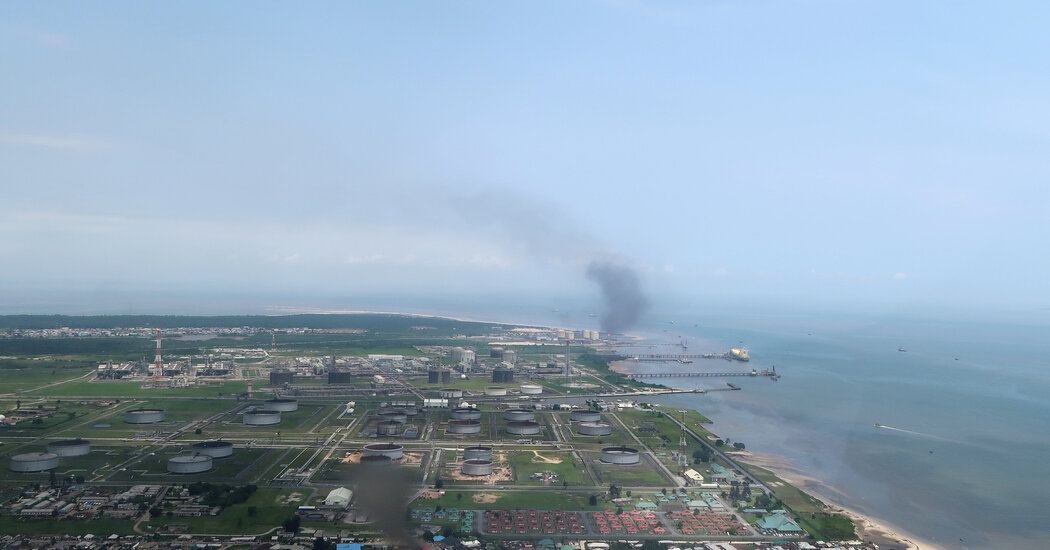 The leaks on pipelines affected fishing ponds and lands in two villages, Oruma and Goi, and residents are still affected by the spills 15 years later, according to environmental groups.

Nigeria is Africa’s largest oil producer, and Shell, through its Nigerian subsidiary, began exporting from fields in the Niger Delta in the late 1950s. It manages around 50 oil fields, five gas plants, and more than 3,000 miles of pipelines, according to the company.

Shell and other oil firms, like the Italian company Eni, have long been dogged by accusations of pollution in the region. In 1994, Bopp Van Dessel, the head of environmental studies for Shell Nigeria resigned, arguing that he felt unable to defend the company’s environmental record “without losing his personal integrity.”

“Any Shell site that I saw was polluted,” Mr. Van Dessel later said on British television. “It was clear to me that Shell was devastating the area.”

In 2008, a U.S. cable released by WikiLeaks revealed that three-quarters of pipelines in Nigeria were more than a decade overdue for replacement, with some that had a life expectancy of 15 years still in operation after 30.

Shell and Eni have argued that most of the leaks have been caused by sabotage. Nonetheless, under Nigerian law, oil firms are responsible for ensuring effective safety and practice standards.

“Sabotage, crude-oil theft and illegal refining are a major challenge in the Niger Delta,” Bamidele Odugbesan, a spokesman for Shell’s subsidiary in Nigeria, said in an emailed statement. “Regardless of cause, we clean up and remediate, as we have done with the spills in this case.”