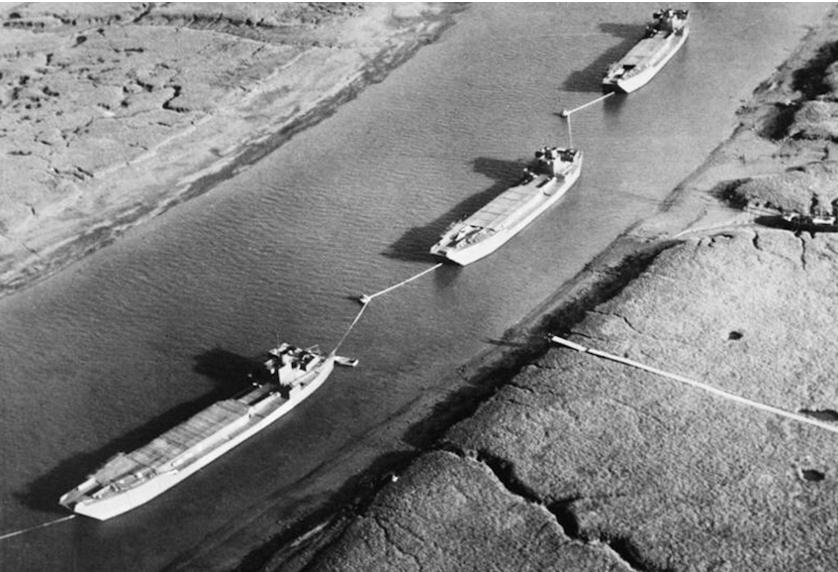 This article was adapted from a nonfiction postscript in Christopher Turner’s Lieutenant Barnaby’s Inflatable Air Force.

Christopher Turner had a 25-year career in the Central Intelligence Agency’s Directorate of Operations, during which he completed several sensitive assignments in the Far East, South Asia, and Europe.  Prior to his government service, Turner worked as an archaeologist in the US, Polynesia, and Southeast Asia. He is the author of the nonfiction book, The CASSIA Spy Ring: A History of OSS’s Maier-Messner Group, the historical espionage thriller Where Vultures Gather, Lieutenant Barnaby’s Inflatable Air Force, and the forthcoming Sunset in the Garden of Eden, a parable set in the physical and moral extremes of the Second World War.

Attack him where he is unprepared; appear where you are not expected.

These military devices, leading to victory, must not be divulged beforehand.

—Sun Tzu, The Art of War

“Democracies need to re-learn the art of deception” proclaims the title of a recent article in The Economist.  To make its case, the article begins with a rundown on some of the brilliant military ruses that, during the Second World War, were part of the Allies’ deception strategy, codenamed BODYGUARD. The article’s contention—with which I agree—is that, while deception operations are not the answer to every intelligence question, for certain objectives they are peerless.

The article includes contemporary examples of successful deception operations and techniques, some of which were drawn from recent activities by the West’s adversaries—Russian predations in Crimea and Chinese development of unsettling new battlefield-ready devices. In the West, the article concludes, the art has been mostly lost. To rectify this sad state of affairs, historical case studies should be scrutinized, their methods should be revived and modernized, and they should inspire innovation.

But not everyone is a fan of the dark arts. “There’s a cultural problem here,” a CIA officer tells The Economist. “I do think you’ll find [US] generals who would feel that it’s fundamentally not a very respectable activity.” This observation, if true, smacks of the gullibility of former US Secretary of State Stinson, who in his memoirs famously justified his 1929 decision to shut down the US’s “Black Chamber,” a national cryptanalysis organization: “Gentlemen don’t read each other’s mail.” Less than a decade after Stinson’s withdrawal of life’s-blood funding for the Black Chamber, the world would be dragged, country by country, into the largest conflagration in history. To save lives, to conserve matériel, and to gain advantage, the arcane arts and sciences of signals intelligence would need to be reinvented, sometimes from scratch.

Now, we have the opportunity to follow a better path: We can learn from and be roused by historical precedent. We can, as the saying goes, hit the ground running.

On the subject of military deception, few examples from the past encapsulate more lessons than does Operation FORTITUDE, a key element of BODYGUARD that was designed to obfuscate Allied plans and intentions before the landings at Normandy. To accomplish this lofty goal, the operation’s intricacies sought to mislead Germany about the invasion’s time and place, and about the personnel and equipment that would be committed to the endeavor.

FORTITUDE, which was split into two elements, NORTH and SOUTH, fed the Germans abundant and varied intelligence to suggest that the Allies were marshaling large forces and vast matériel for invasions of the Norwegian coast and France’s Pas-de-Calais. To substantiate this assertion, FORTITUDE NORTH conjured the British Fourth Army in Scotland, a fictive menace poised to ply the North Sea and to secure a foothold in Scandinavia, and FORTITUDE SOUTH contrived the First US Army Group (FUSAG) in South East England, an imaginary force prepared to vault across the Dover Strait, the Channel’s narrowest point.

To enhance the legend of FUSAG, Supreme Allied Commander General Dwight Eisenhower appointed US Army General George Patton as the group’s commander. (British MI5 officer Christopher Harmer, a key player in the deception plans, was credited with first suggesting that Patton should lead FUSAG.) The Allies knew that the Wehrmacht regarded Patton as being a fierce and capable leader, the sort who would likely spearhead the invasion.  Hitler, who shared his military’s opinion, once declared, “[Patton is] their best general.”

The task of refining German ideas about FUSAG’s leadership fell to Britain’s top double agents, spies who were fully trusted by Germany but who in fact were controlled by Britain. General Omar Bradley, whose command of the First US Army also placed him at the helm of FUSAG, was in the thick of real D-Day preparations and had to be distanced from the FORTITUDE SOUTH deception. With careful coordination, double agents BRUTUS (Roman Czerniawski) and GARBO (Juan Pujol García) clarified to their German handlers in May 1944 that Patton had been appointed as FUSAG’s commander for the invasion, replacing Bradley’s largely titular role during the group’s formative stages. (As of late April 1944, the Germans believed that Bradley was FUSAG commander and that the First US Army and Ninth US Army were subordinate to FUSAG.) The result was that, to German eyes, FUSAG evolved over time into a hefty, purpose-built unit for the invasion—with bellicose, six-gun-toting Patton at the reins. For good measure, to put physical distance between the two generals, GARBO also reported that Patton’s FUSAG headquarters was somewhere near Ascot, some 92 miles (148 kilometers) east of Bradley’s in Bristol. (FUSAG’s notional headquarters was in Wentworth Estates, about five miles east of Ascot.)

But for all of the substance that this intelligence appeared to convey, in reality FUSAG was little more than an organizational chart that detailed how such a military unit would be structured, staffed, administered, and deployed. To flesh out the branching diagram beneath Patton’s name, the Allies used “special means”—a codified set of methodologies that created the impression of genuine activities and entities.

To these special means were added military actions that appeared to confirm Allied intentions. For example, the balance of the pre-invasion RAF/USAAF bombing campaign—the softening of coastal defenses and disabling of logistical linchpins—tilted toward Pas-de-Calais. Normandy remained a target, as the Germans presumed it would. After all, the Allies would not concentrate all of their aerial firepower on, and thereby risk highlighting, their main objective.

FORTITUDE SOUTH’s special means were orchestrated to provide putative corroboration to the Germans. For example, General Patton was photographed on visits to fake facilities, meeting with presumptive FUSAG soldiers. To add another dimension to this activity, a (controlled) German agent might report on American troops in the same vicinity, providing an estimate of the units’ armor. And then, in the event that aerial reconnaissance or undetected spies inspected the location, a formation of (inflatable) M4 Sherman tanks and a string of moored (tube and canvas) 160-foot LCTs (Landing Craft, Tank) would visible.

In the Abwehr, German Military Intelligence, instances of apparent corroboration created a false sense of security and seem to have lowered the level of counter-intelligence scrutiny to which collected information was subjected. Also, courtesy of FORTITUDE’s ministrations, the Germans were flooded with intelligence on myriad topics, all of keen interest and begging for urgent attention. Double agent GARBO alone submitted 500 verbose reports in the five months before D-Day. Such a heavy volume of ostensibly high-grade information would have increased the time and effort that the Abwehr devoted to processing, analyzing, and disseminating reports, and may have further reduced their wherewithal to conduct due diligence. As the concept runs, in a downpour one will have great difficulty spotting a misshapen drop. (Also involved in processing information from these sources was Fremde Heere West, the intelligence-analysis unit of the German High Command.)

From these bits of altered and fabricated intelligence, the Germans stitched together their order of battle. This was perhaps BODYGUARD’s most brilliant accomplishment. If the Allies had tried to leak a more cohesive picture of the D-Day deception, no matter how cleverly they had devised its passage, as a whole or as a series, the Reich would’ve smelled a rat. But by having the Germans codify intelligence from myriad sources, work out the supposed convergence of disparate lines of reporting, and develop analytical conclusions about what the data were implying about plans for the…