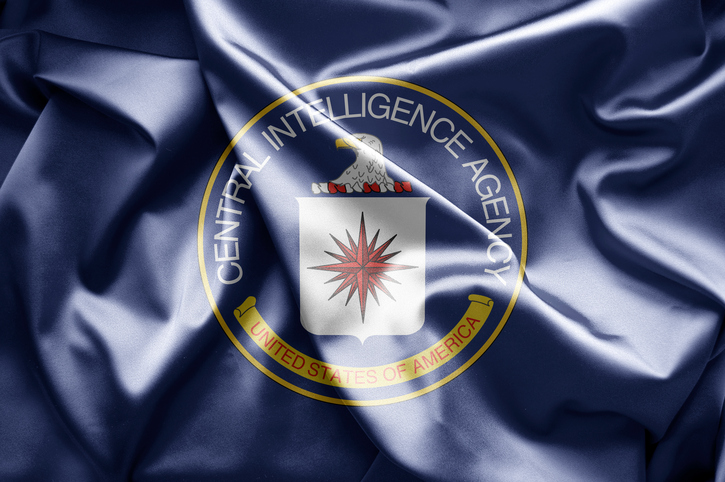 Carmen Medina is a former CIA Deputy Director of Intelligence. A 32-year veteran of the Intelligence Community, she is also the author of Rebels at Work: A Handbook for Leading Change from Within.

OPINION — I was asked recently whether the Intelligence Community, and CIA specifically, would be able to go back and return to normal in a Biden presidency. My answer was NO!

You might think that I was blaming the damage done to the CIA’s credibility and claim to authority in the past four years.

And there is that. But my real point was that the IC and the CIA should not WANT to go back to the way things were. The “way things were” wasn’t optimal then and has become less so in the last four years.

First, it would not default to secret information, usually expensive to gather and narrow in its scope, to answer the most important questions of our policymakers and about our world. The legislation that established the Director of National Intelligence asked the Intelligence Community to explore more seriously the potential that Open-Source information had for meeting our sense-making needs. Fifteen years later, the space still begs to be charted. The analytic product that is prepared for policymakers still relies on secrets collected by the intelligence-industrial complex. The policymakers usually have to be in secure facilities to access this intelligence and the professionals who prepare it aren’t able to work from home. These restrictions have proven problematic during the pandemic.

The reliance on secrets was the founding vector of the Intelligence Community. And it made sense then. We were the victors in a World War where we had gained essential advantage by uncovering other countries’ secrets. And then our fickle ally, the Soviet Union, became a dangerous opponent who controlled all essential information. The priority for national security was to discover what Moscow and later Beijing wanted to keep hidden. And no amount of reading of Pravda or the People’s Daily would tease out everything we needed to know. The Intelligence Community’s first directive had to be the collection and analysis of secrets.

But whether you think that should remain the first directive depends upon what you understand to be the “engine” that runs the world. Is it the actions of humans and national governments conspiring to gain advantage over others, plotting secret maneuvers and surprise attacks? Or is it social forces and planetary dynamics that evolve over time but can erupt when you least expect them? Like populism, technology shifts, thawing permafrost and yes…pandemics. (and there is likely to be a relationship between climate change and new diseases.)

In the first scenario we desperately need to know what the leaders and elites are thinking—and they become our primary targets for clandestine collection. In the latter category, such leaders and elites either don’t exist or emerge with little warning. And the phenomena themselves defy most of our collection methods.

The answer is obvious. Both engines power human society. Some governments remain enigmatic, unpredictable, and dangerous. Our secret collection efforts must remain focused on them. But social forces and planetary dynamics are becoming more important as human complexity grows—certainly modern society produces more unintended consequences. Unfortunately, the historic methods of the Intelligence Community have not provided us with enough insight on these less elite-driven forces. Thinking back on the last ten years, events such as the Great Recession, the Arab Spring, Syrian refugee flows, Brexit, colored revolutions, resurgent populism, and the coronavirus have all caught intelligence agencies and national governments less prepared than they would have wanted. And no amount of secret intelligence collection would have improved their prospects.

What would have improved their chances? Perhaps smarter and more committed use of Open-Source information. Taiwan’s ability to prepare early for the coronavirus is illustrative. On December 31, 2019 a doctor posted a warning on Taiwan’s version of Reddit that a nasty disease was exploding in China. Taiwan’s health officials saw the warning. On New Year’s Day, Taiwan began inspecting flights coming from Wuhan and a year later Taiwan leads the world in controlling the disease.

The Taiwan story tells us that we can use Open-Source information to help defend the nation, but its details also point to potential problems. Presumably few people mind if health officials monitor social media to help detect disease outbreaks (although there are some who do), but lots of people get kinda sore when they think of government intelligence agencies routinely monitoring Twitter and Reddit for useful information, even when that information is posted publicly for all to see.

Which connects to the second reason why the Intelligence Community can’t just go back to the way things were. Our information climate has changed, irrevocably, in ways that challenge the work of intelligence agencies and even the legitimacy of national governments. Individuals are able to sluice and direct information streams–however they want–to construct whatever narrative suits their biases and preferences. What results are hundreds of “Truth Networks” that self-perpetuate and resist authoritative rebuttals. Conclusions drawn by intelligence agencies are no longer the final or convincing word.

Consider the recent finding of the Cybersecurity and Infrastructure Security Agency that the 2020 Presidential Election was the most secure in history. This finding proved irrelevant to the tens of millions of Americans who believe the opposite and can find hundreds of “facts” to prove their case. And transparency, rather than helping, actually ends up abetting the work of conspiracy manufacturers, who scan thousands of hours of videotaped vote processing to find moments of apparent skullduggery.

Let’s play out the national security implications of this information climate. Imagine that the Biden administration discerns the need to deploy US forces to some new crisis zone—or perhaps just to return to Afghanistan to ward off a resurgent terrorist threat. However legitimate the reason, a counter-narrative will immediately emerge, supported by slick videos featuring pseudo-experts. QAnon will drop some cryptic couplets. Critics will demand the release of intelligence justifying the military action. When the government proves unable to do so for security reasons, it loses credibility and flexibility, and eventually the ability to wage successful military operations.

The new administration somehow has to reconceptualize the way government, the public, and information interact. Yikes, that’s one tall order! The way out of our current predicament will be messy, featuring false starts and no doubt bonehead ideas. But there’s no going back. Normal has disappeared and something new must be created. And the Intelligence Community will need to be part of it.

I’m not at all certain how it happens or what it would entail. I think a first step is for intelligence agencies to file for divorce from over-classification. The DNI should audit key national security issues to determine which really require intensive secret collection. The Intelligence Community’s work on social forces and planetary dynamics should be easily accessible to policymakers and when appropriate to the general public—not once a year but on a continuous basis. As acknowledged earlier, transparency often can be manipulated by conspiracy-prone individuals, but there doesn’t appear to be any other way. The goal should be to create a new culture of sense-making collaboration among intelligence officers, policymakers, and yes, the public. The public’s ability to contribute to the sensemaking process would be one way of rebuilding trust.

Given that it may be just too hard for existing agencies to embrace such a radical model, a new enterprise may have to be created for Open-Source sensemaking and collaboration. (It could build on the National Intelligence Council’s Global Trends project, for example, but with a much more dynamic and inclusive approach.) Such an agency might begin with a narrow mandate—perhaps exploring just a few less controversial issues, if such exist. It could then grow as it gained experience and confidence with its sensemaking processes.

One of the traps that befall changemakers is the Athena complex. The birth myth of Athena, the Goddess of Wisdom, is that she emerged fully formed from the forehead of Zeus. And so new ideas are expected to emerge fully formed from the foreheads of change agents. But that’s not how difficult new things get started. They begin unevenly, nervously, saddled with objections and reservations. But the key thing is to take the first step, to move on with the new, because there is no going back.

For the Intelligence Community there can be only one direction: Forward.

“The Cipher Brief has become the most popular outlet for former intelligence officers; no media outlet is even a close second to The Cipher Brief in terms of the number of articles published by formers.” – Sept. 2018, Studies in Intelligence, Vol. 62 No.

Access all of The Cipher Brief’s national-security focused expert insight by becoming a  Cipher Brief Level I Member .