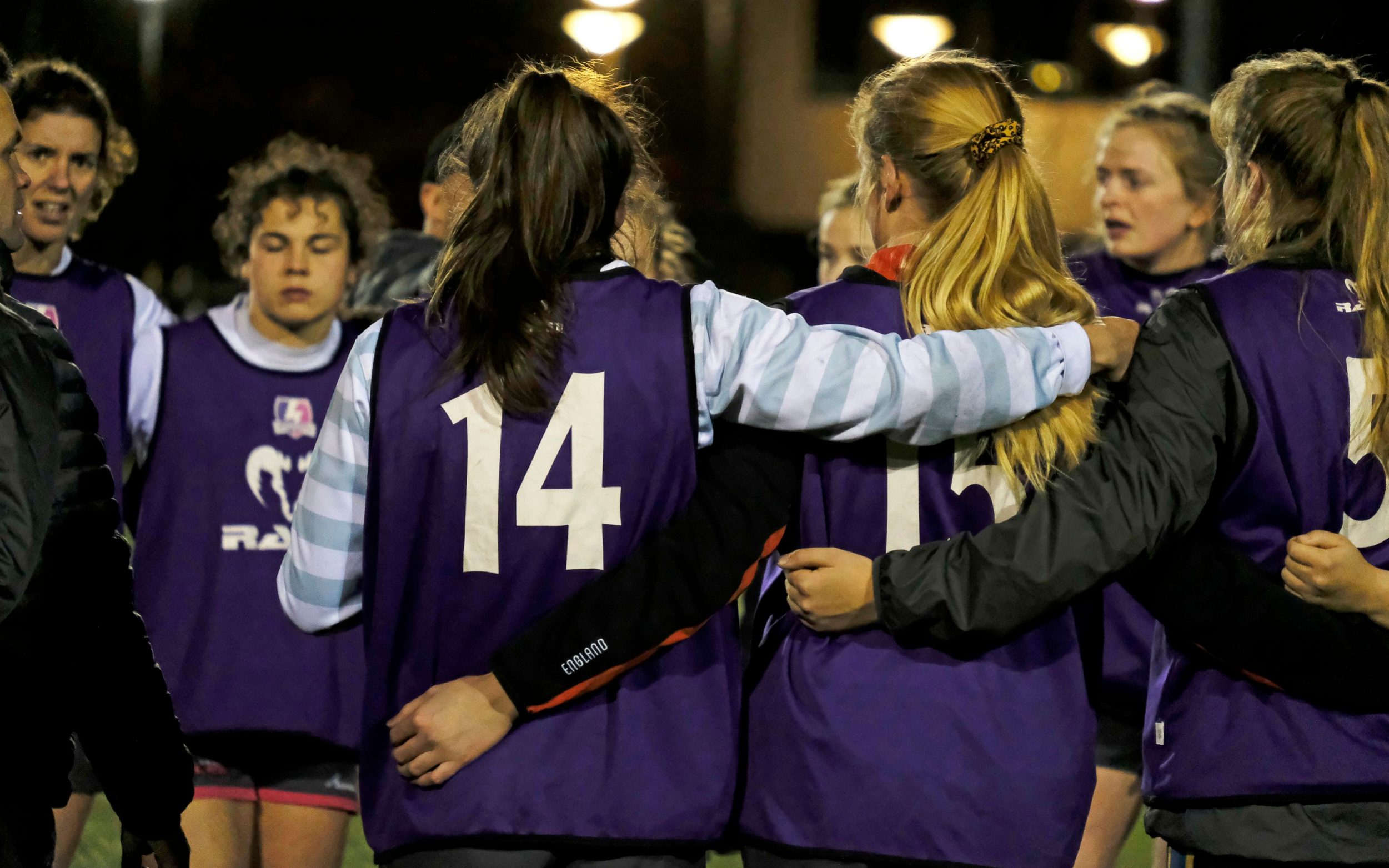 In a week when the long-term damage of head injuries in rugby was laid bare by the most harrowing of testimonies, the sight of Scotland captain Rachel Malcolm being checked over by Loughborough’s medical staff in the last 10 minutes of this back-and-forth contest was an unsettling one.

England captain Sarah Hunter, who was watching from the sidelines as she continues to nurse a neural injury in her hand, confirmed afterwards it was Malcolm’s neck that had in fact been struck in a collision, openly acknowledging a subject which is likely to attract increased scrutiny as women’s rugby edges towards professionalism.

“It’s probably the only part of the game that we don’t have,” said Hunter of World Rugby’s head injury assessment protocol, which is not part of the Premier 15s because of the league’s elite amateur status.

“With HIA, you need the video footage to be able to refer back to, you need an independent doctor – they obviously come with cost elements.

“I guess it’s probably the next step of having that because do players get taken off when they could stay on? Or vice versa, do players stay on when maybe they would have been withdrawn through an HIA. I think the medical teams we obviously have err on the side of player wellbeing and safety.

“It’s definitely the next thing to come in, but how that is made into reality is probably the thing to ask. It would make the whole game more rounded off then.”

Malcolm was given the go-ahead to stay on the pitch and help Loughborough close out a win which, on balance, her side deserved, even if they managed to venture into Chiefs’ territory on just two occasions in the first 30 minutes.

They fell victim to some astute thinking from Patricia Garcia, the Chiefs’ scrum-half, who spearheaded the visitors’ opening score with a quickly taken tap-and-go penalty before finding McKinley Hunt who burrowed over.

Given that this was only Exeter’s seventh premiership outing, their dogged performance was enough to earn the praise of Emily Scarratt, who was honoured in World Rugby’s team of the decade earlier in the week.

“It was a really tough game out there, fair play to them, they’re building something pretty good with Susie Appleby at the helm,” Scarratt said.

“They’ve got some really good individual players so it’s just a case of pulling those guys together.

“We know what Exeter is like as a brand and a rugby club and I’m sure they’re building a good culture down in Devon.”

Lightning responded through some magical footwork from Scottish winger Rhona Lloyd, following a Helen Nelson interception. Picking the ball up from the right, she cut inside off her wing and went on a blitzing 20-metre run before dotting down.

The hosts’ start to the second half was markedly different from the first as they poured into the Chiefs’ territory courtesy of a storming line break from Daleaka Menin.

Loughborough’s leg-busting prop seemed to be everywhere on the pitch and her industriousness on and off the ball alongside Courtney Holtkamp led to Lark Davies powering over after the break.

Equally impressive were the exploits of Helena Rowland, who has honed her No 10 position for both club and country after being forced to leave England’s defunct sevens programme, which was shut down during the pandemic.

With England head coach Simon Middleton watching on the sidelines on a blustery day in the Midlands – perhaps already planning his Six Nations team for next spring – Rowland hauled down Exeter’s Lottie Holland just as the winger looked poised to run in and close the deficit.