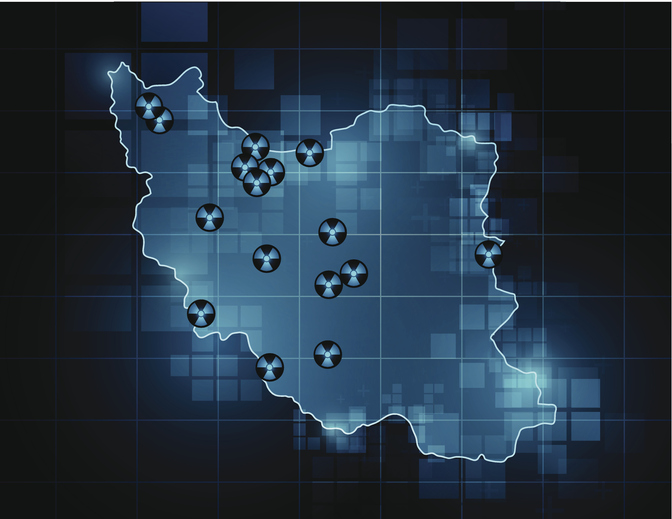 Just over a week ago, Iran’s top nuclear scientist, Mohsen Fakhrizadeh was killed by what Iranian authorities describe as a remote-controlled weapon as his car made its way through the streets of Tehran. It was the latest in a series of high-profile killings that included al Qaeda’s second in command earlier this year, reportedly at the hands of Israeli operatives working in Iran’s capital.  And then there were the killings of IRGC Commander Qasem Soleimani and Abu Mahdi Al-Muhandis in Iraq.

The Cipher Brief spoke with expert Norman T. Roule, who served for 34-years in the Central Intelligence Agency managing programs related to Iran and the Middle East, about the latest killing of Fakhrizadeh and what it could mean for Iran and its nuclear program as well as how Tehran may be positioned to retaliate.

Read the brief then, engage with Roule during a private briefing for Cipher Brief members, Wednesday, December 9 at 1:30p ET.  Members receive registration links via email. Become a member.

The Cipher Brief:  Who was Mohsen Fakhrizadeh? Since his killing, some commentators have said that he was no longer crucial to Iran’s nuclear program.

Roule: Mohsen Fakhrizadeh was an Iranian physicist who led Iran’s nuclear weaponization program or until 2003 or 2004 when the military program was halted. Since that time, he’s led an organization responsible for defense innovation research. At the same time, documents seized by the Israeli government have shown that he was charged with using that organization to maintain the architecture and personnel of the shuttered weaponization program as much as possible through a series of dual use efforts. This would allow the Iranian government to restart the militarization program, should it ever decide to do so. Fakhrizadeh was reportedly deeply trusted by the Supreme Leader and developed an important power center within Iran’s military. We should make no mistake, Fakhrizadeh was a strong believer that Iran should have a nuclear weapon.

Now it’s certainly true that Iran has plenty of physicists and other scientists capable of managing a civilian nuclear program, and even contributing to a future military program. Likewise, I’m sure there is no shortage of takers in the IRGC and the ministry of defense to seize control of Fakhrizadeh’s organization with his passing.  In this regard, he was not unique. But what was lost with Fakhrizadeh’s death was a uniquely experienced manager of nuclear weaponization, as well as a hardliner voice on nuclear issues who could engage the Supreme Leader directly. Any successor will not have the same level of trust with the Supreme Leader and the IRGC leadership but will still likely be charged to maintain dual use programs that could support a covert weaponization program.

Most important, should Iran ever decide to restart its covert nuclear program, Fakhrizadeh’s successor won’t have his experience on how to hide this undertaking. That’s good news for international oversight of Iran’s nuclear architecture. I also can’t help thinking that Fakhrizadeh’s absence will remove a potent hardline actor from any internal senior debate on returning to a new nuclear agreement under the Biden administration.

Finally, it’s worth considering why Western governments paid so much attention to this individual. Why the IAEA repeatedly sought access to him, which Iran vigorously denied. And finally, why some party undertook a sophisticated surgical and risk-laden attack to remove him. So, yes, I believe he was a crucial actor, and probably irreplaceable in that regard.

The Cipher Brief:  If you believe the press reports that say this was carried out by Israeli operatives at the behest of the United States, which is what a lot of media is reporting, then it was pretty brazen to be able to do pull something like this off inside Tehran. What message do you think Iran and its proxies are taking from this killing?

Roule:  I won’t comment on who may have been behind this, but I think Fakhrizadeh’s killing needs to be placed in the perspective of Iran’s history of terrorism, and how the world has changed its response to this over the last few years. For decades, the Islamic Republic has conducted terrorist attacks throughout the world with little consequence other than diplomatic isolation and economic sanctions. No country in modern history as a record as bloody as Iran’s, or one that has literally killed so many innocents. This would include our embassy in Beirut, our soldiers in Khobar Towers and Iraq, and the attempt to kill the Saudi ambassador in Washington in an attack that would’ve killed dozens of innocents. These were lethal operations conducted by Hezbollah with Iranian leadership, training, funding and weapons. Let’s not forget its relationship with Al-Qaeda, that enabled the survival of the organization in many ways.

This is a dramatic record. And many of the operations involved here involve massive bombings that killed or wounded hundreds, if not thousands of civilians. During the same time, Iran is also directly or indirectly involved in the kidnapping and cruel detention of innocent Westerners, to include a CIA station chief, and former FBI official Robert Levinson. So as a result of all of these actions, Iran has been subject to many sanctions.  However, these actions haven’t dissuaded Iran from conducting acts of terrorism. And the sanctions have had little direct impact on those who conducted the operations. Intelligence services in the West and in the Middle East were tasked with frustrating Iran and its proxies. And I think the public record contains numerous examples of their successes. But it wasn’t enough to stop Iran.

During the same time, Iran’s actions and the global scale of its operations came with a threatening rhetoric that implied a sense that whatever actions the West would take, Iran could respond with something more dramatic that could lead to a conventional conflict in the Middle East, or global terrorism. That has changed in the last few years.

As your readers will know, Iran has complained that it was a victim of major cyberattacks against its nuclear program. Israel achieved the astonishing success of seizing Iran’s nuclear weaponization archive. In the last year, we’ve seen the killing of Qasem Soleimani and Abu Mahdi Al-Muhandis in Iraq; the killing of Al-Qaeda’s number two, Abu Muhammad al-Masri in Tehran; and now the killing of Mohsen Fakhrizadeh.  I’ve seen a report in the last week that Iran lost another senior officer in Syria. There have been multiple press accounts of mysterious explosions in Iran.

I think the message to Iran is that first, your most sensitive operations are probably known to your adversaries. Next, if someone is involved in work in these operations that threatens the lives of others, that person should consider himself or herself at mortal peril, and Iran’s security services cannot provide protection.

The Cipher Brief:  How do you think Iran is going to respond to this latest killing?

Roule:  They will tighten security and investigate to see if they can identify who supported the attack and whether any of those individuals might be found in Iran. Tehran’s hardline rhetoric is going to be aggressive but much of this will be meant for a domestic audience. But Iran will also offer softer statements in which it plays the victim and suggests that it will be open to engagement. Iran will need to think very hard about the chemistry of its response.

Clearly, it needs to do something to establish deterrence, it’s a salve, to a wounded national pride. This decision is also going to be driven by capability. What can they do? What assets do they have in place to undertake such operations? But more importantly, their strategic goals. Iran’s leaders will want to ensure that whatever they do doesn’t unite the international community against it.

Most of all, Iran will not want to threaten the potential financial and political relief that might be forthcoming in negotiations with a Biden administration. But it will want to use this latest attack as a lever to hasten relief, to stabilize its economy.  That same relief will resource hardline programs and perhaps constrain the US and Israel from further attacks.

I think specifically, Iran’s goal strategically in the coming months is to regain the ability to export oil, to repatriate all of its export revenues and the use of international financial systems. But it’s going to want to make sure that in nuclear talks, this attack and other attacks are put in a way that allows it to protect IRGC equities. Finally, Tehran is going to want to do whatever it can to make sure that any future sanctions relief is not something the U.S. can rescind because of other Iranian actions.

The Cipher Brief:  Given the perception of success of this operation that killed Fakhrizadeh, do you think the Iranians will adapt new measures to try to prevent actions like this in the future?