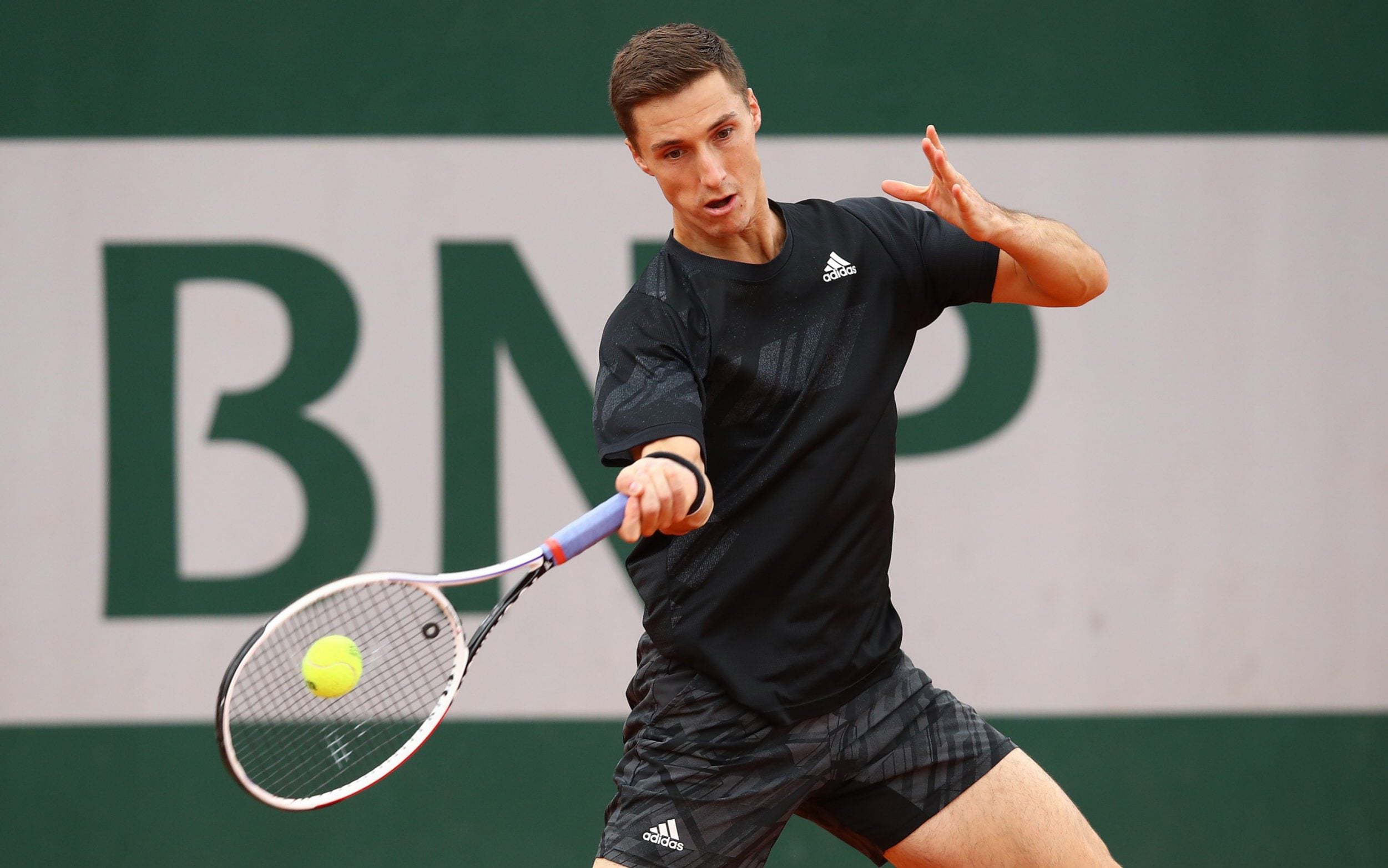 Joe Salisbury, Britain’s sole representative at the Nitto ATP Finals in London, has had his preparation severely disrupted by a coronavirus scare.

The doubles specialist, who will play at the O2 with American partner Rajeev Ram as one of the world’s top eight teams, was getting ready for the Paris Masters two weeks ago when his coach, Rob Morgan, tested positive.

Salisbury subsequently tested negative on three occasions but, although he was able to travel home after four days, Britain’s strict rules on close contacts meant he had to complete 14 days in isolation. That took him up until Friday, he practised for the first time at the O2 on Saturday and will contest his first match alongside Ram on Sunday evening against Lukasz Kubot and Marcelo Melo.

Salisbury said: “It’s not ideal but I’m fortunate that it was yesterday and not in a few days’ time. If it had been half a week into Paris and then that had happened, I wouldn’t be able to be here. We’ll make the best of it and I’m grateful that I’m still able to play.”

The 28-year-old admitted the incident has been a wake-up call after he had become used to the routines of travelling, testing and life in a bubble that all tennis players have been subject to since the tour resumed in August.

Salisbury said: “Everybody was a bit stressed by it at the start when we went out to New York, everybody was worried about it, and then kind of got used to it and just accepted that it was a risk that we could have a positive test and accepted we had to stay in the bubble.

Michael Venus, meanwhile, has hit out at the New Zealand government after revealing playing in the ATP Finals is likely to mean he is unable to go home. The New Zealander will compete at the O2 alongside Australian John Peers in the doubles. But, while the other players will be looking forward to one final week in the coronavirus bubble before heading home for the off-season, things are more complicated for Venus. He had considered pulling out of the ATP Finals but managed to get a voucher to return on Dec 13. He will then need to quarantine for two weeks in a hotel room.

The 33-year-old tried pleading his case to the New Zealand government but has been left disillusioned after help was given to the likes of the West Indies cricket team, but not to domestic athletes.

Venus said: “It’s quite unfair that there are some sports that are actually going on there, where other countries have come in. So other nationalities are allowed to come in yet the citizens from their own country aren’t able to get back.”