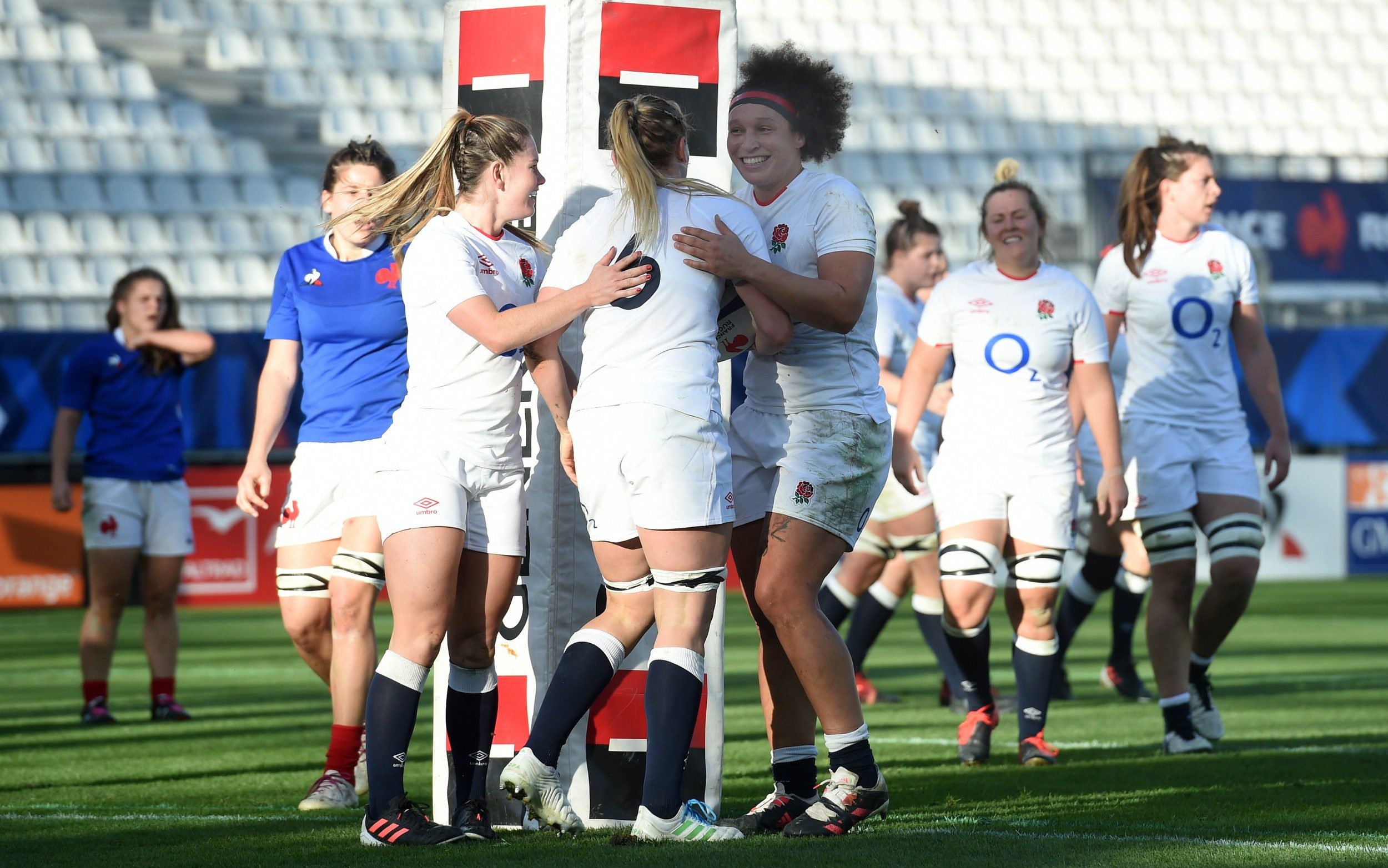 England drew first blood through one of their trademark driving mauls with hooker Amy Cokayne pushing over. Emily Scarratt’s kicking was metronomic as she landed all her kicks – scoring 18 points in total.

The first half was exactly the sort of feisty two-way contest which was particularly needed to woo the English rugby public towards the women’s game as it was broadcast live on BBC2 – the first time the Red Roses have been shown on terrestrial television since their 2017 World Cup loss against New Zealand. France replied with a try from close range from captain and flanker Gaelle Hermet and the half ended 10-10.

However, unlike the last time the two sides met at the Stade des Alpes, in the 2018 Six Nations decider where Les Bleues nicked the match in the dying minutes, England pulled away comfortably after the interval through what Middleton described as “two moments of genius”.

A superb run and great vision from Rowland set up a try for her former sevens team-mate Alex Matthews after just 43 minutes. From that point France looked to visibly tire and four minutes later it was game over as 23-year-old Jess Breach dashed over for a try of her own after she latched onto a lacklustre French clearance kick, running back at the defence before stepping off her right foot.

From there on in, England showed the sort of physical dominance and ruthlessness which the French can usually resist. “We finished outstandingly well. I said to the team at half time ‘keep the intensity high’ and you could see that although France had the ball we were hammering in defence and our line speed was good,” said Middleton.

He continued: “There was a lot we wanted to gauge in our performance. We brought the youngsters in and other players back. We have 13 players on the touchline at the moment with injuries – world-class players. We are fantastically pleased with the strength in depth the squad showed and that is what we have been cultivating.”

Showing how the rivalry with France has turned to England’s favour, the Red Roses now boast a six-match winning streak against France, and have won 10 of the last 11 meetings.