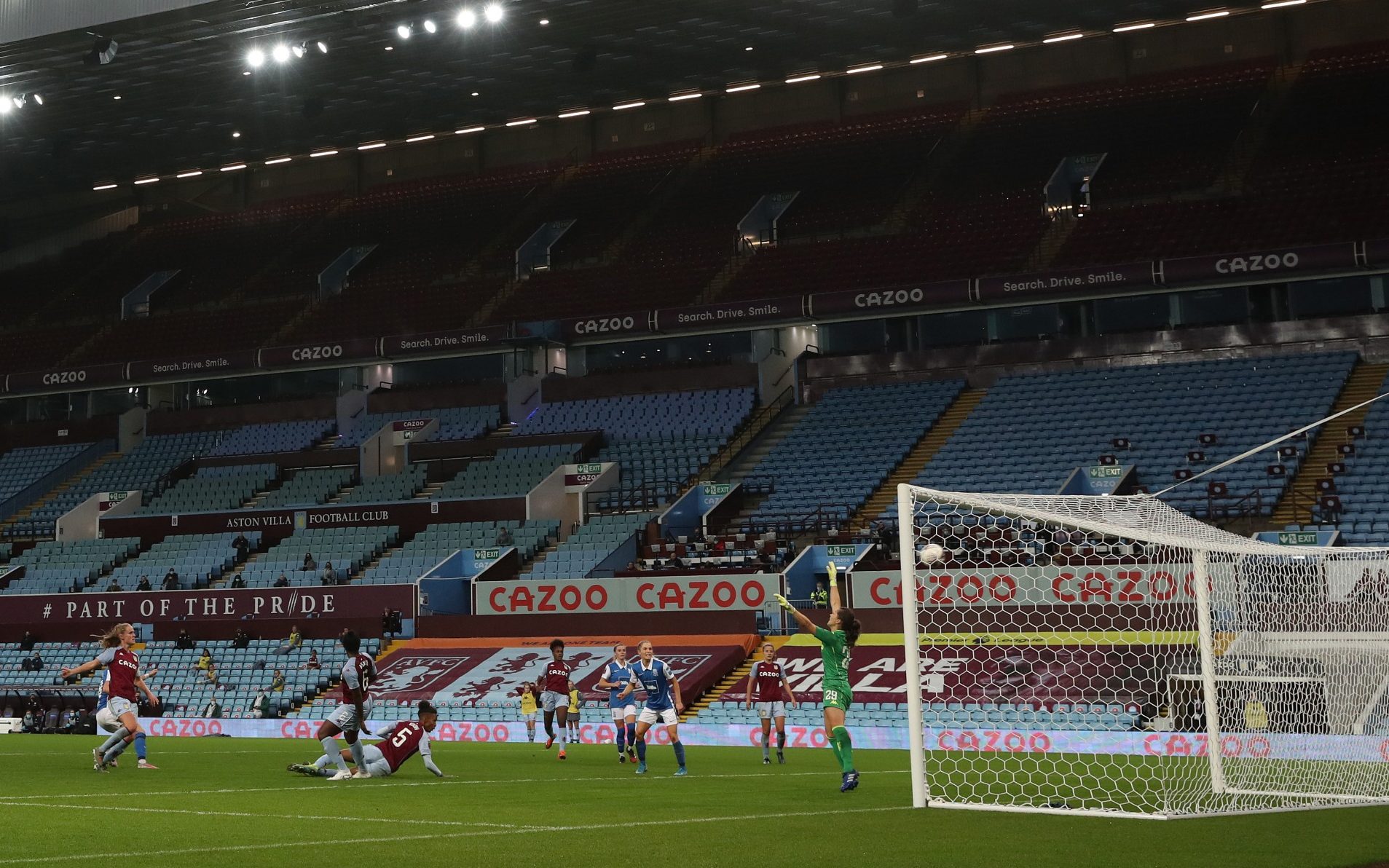 Claudia Walker’s second-half sucker-punch injected a huge dose of morale into a sluggish Birmingham City side who took the bragging rights in the Women’s Super League’s inaugural second-city derby.

Such is the severity of the Blues’ current injury crisis that manager Carla Ward was able to name just two substitutes for this all-important encounter: a whole 141 years on from the first men’s second-city derby, this was the day English football finally welcomed its women’s equivalent.

It seemed fitting, therefore, that the visitor’s goal was engineered by one half of City’s bench-warming duo, Lucy Whipp, whose industrious cross Villa failed to deal with.

“This group of players deserve a lot more credit than they get,” insisted Ward, who admitted it was not possible to call on the club’s academy players due to the fact they would have required to be screened and tested for Covid.

“A lot has gone against us this week – even up until Friday lunchtime we didn’t really know who we would have available – it’s a credit to the girls, they dug deep.”

Against a fully-fit Villa outfit, her side had been reduced to underdogs and it certainly looked that way for much of the first half as fiery claret and blue shirts dictated the game at a tempo which City struggled to match.

But the Blues grew into the game and had a golden chance to break the deadlock against the run of play through Mollie Green, whose effort from range was gathered safely by Lisa Weib. For all their possession, the hosts were equally guilty of failing to convert their chances in the final third.

Villa’s Jodie Hutton was a constant menace down the right flank and the 18-year-old engineered a flurry of chances throughout, but it was Shania Hayles who had the best chance for the hosts before the break, the striker directing a shot from the edge of the area straight into Hannah Hampton’s gloved hands.

“Ultimately, we were poor in our possession and poor in our decision making when it really mattered,” admitted Gemma Davies, the Aston Villa manager. “Possibly, that’s down to inexperience.”

By the 70th minute, Davies had replaced her entire front three as Villa went in search for a goal, but it came at the other end when Elisha N’Dow failed to deal with Whipp’s dangerous delivery, the defender’s header falling into the path of Walker, who smashed in her fifth goal in as many games without hesitation.