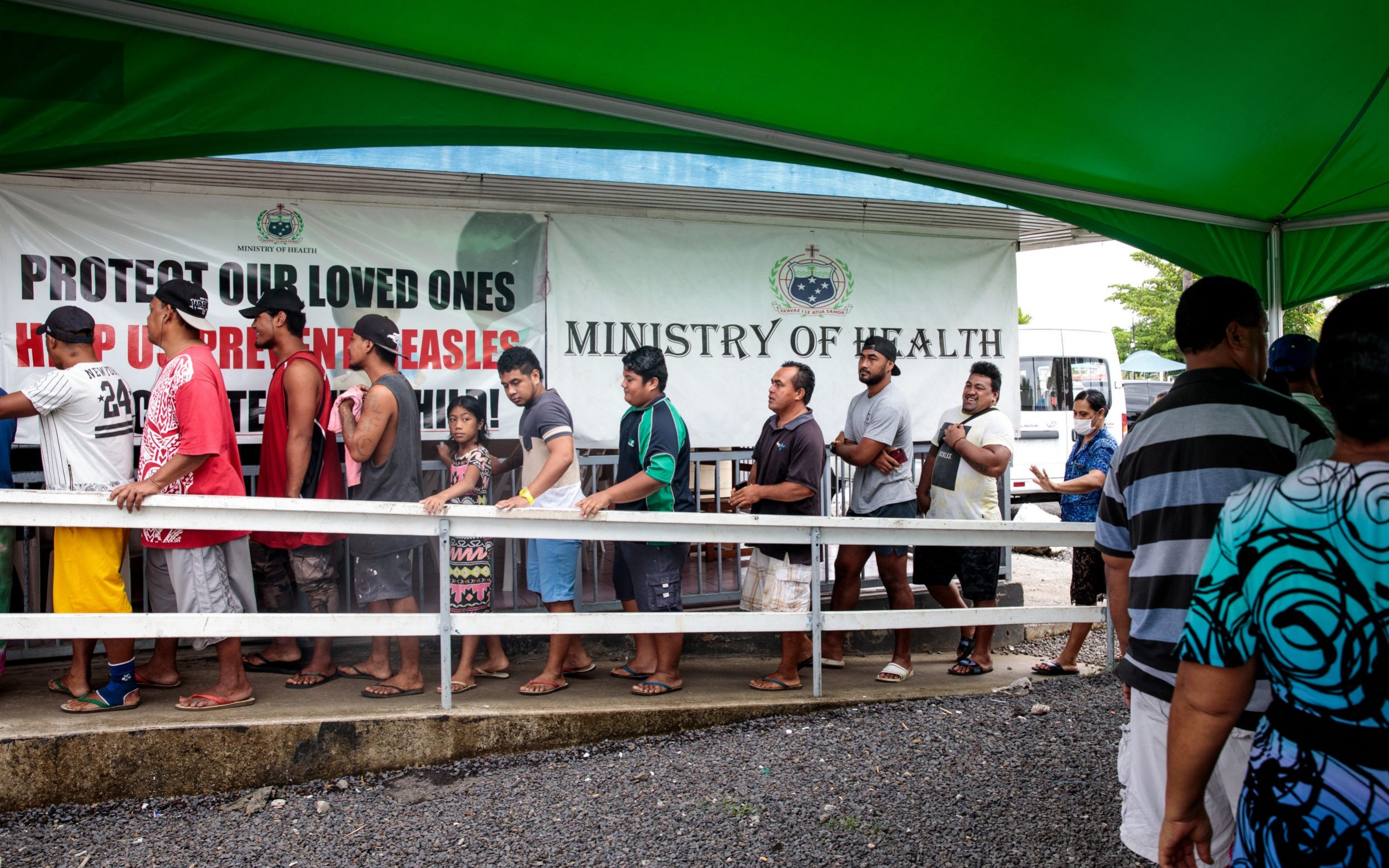 The death toll from  measles rocketed by 50 per cent between 2016 and 2019 and last year the number of reported cases hit the highest figure in 23 years, according to annual estimates.

The figures from the World Health Organization and the Centers for Disease Control and Prevention (CDC) in the United States also show that nearly 10 million people contracted measles in 2019 and are a stark reminder that the world is under threat from many infectious diseases, not just Covid.

Last year saw multiple outbreaks of measles around the world with the Central African Republic, the Democratic Republic of Congo and Ukraine seeing a particularly high number of cases. And four European countries – including the UK – lost their measles elimination status because of recurring outbreaks.

The outbreaks are all due to low vaccination rates driven by a range of factors, including lack of access to the vaccine, weak health systems and anti-vaccination sentiments.

In the Pacific island nation of Samoa vaccination rates plummeted after the deaths of two children who were administered the measles jab incorrectly.  The tiny island nation of just 200,000 people saw 5,700 cases and 83 deaths, the majority of which occurred in children under the age of five.

While the number of measles cases and deaths have fallen overall since 2000, in recent years the numbers are starting to creep up again as vaccination rates have plateaued.  Between 2000 and 2010 vaccination rates increased worldwide with 72 per cent of children receiving the first shot of the two-dose measles vaccine in 2000 compared to 84 per cent in 2010. However, that figure has barely moved since.

To achieve herd immunity more than 95 per cent of children should receive both doses of the vaccine but last year just 71 per cent of countries managed to reach this target.

The global vaccination figures were published a week after WHO and Unicef warned that the Covid-19 pandemic is likely to push the number of cases of measles up even further because of disruption to routine childhood vaccination campaigns.

The two organisations say that in some countries vaccination uptake has fallen to about half its usual level and some 94 million children worldwide have missed out on vaccination.

“We know how to prevent measles outbreaks and deaths,” said Dr Tedros Adhanom Ghebreyesus, WHO director-general.

“These data send a clear message that we are failing to protect children from measles in every region of the world. We must collectively work to support countries and engage communities to reach everyone, everywhere with measles vaccine and stop this deadly virus.”

Measles is one of the world’s most contagious diseases with one infected person thought to transmit the disease to 12 and 18 others.

“Measles virus easily finds unprotected children, adolescents and adults because it is so contagious,” said Dr Robert Linkins, a measles expert at the CDC.

He added: “Infections are not only a sign of poor measles vaccination coverage, but also a known marker, or ‘tracer,’ that vital health services may not be reaching populations most at-risk. Our collective efforts to reach children with vaccines now, ahead of the possible easing of Covid-19 travel restrictions and increased population movement, will save lives.”