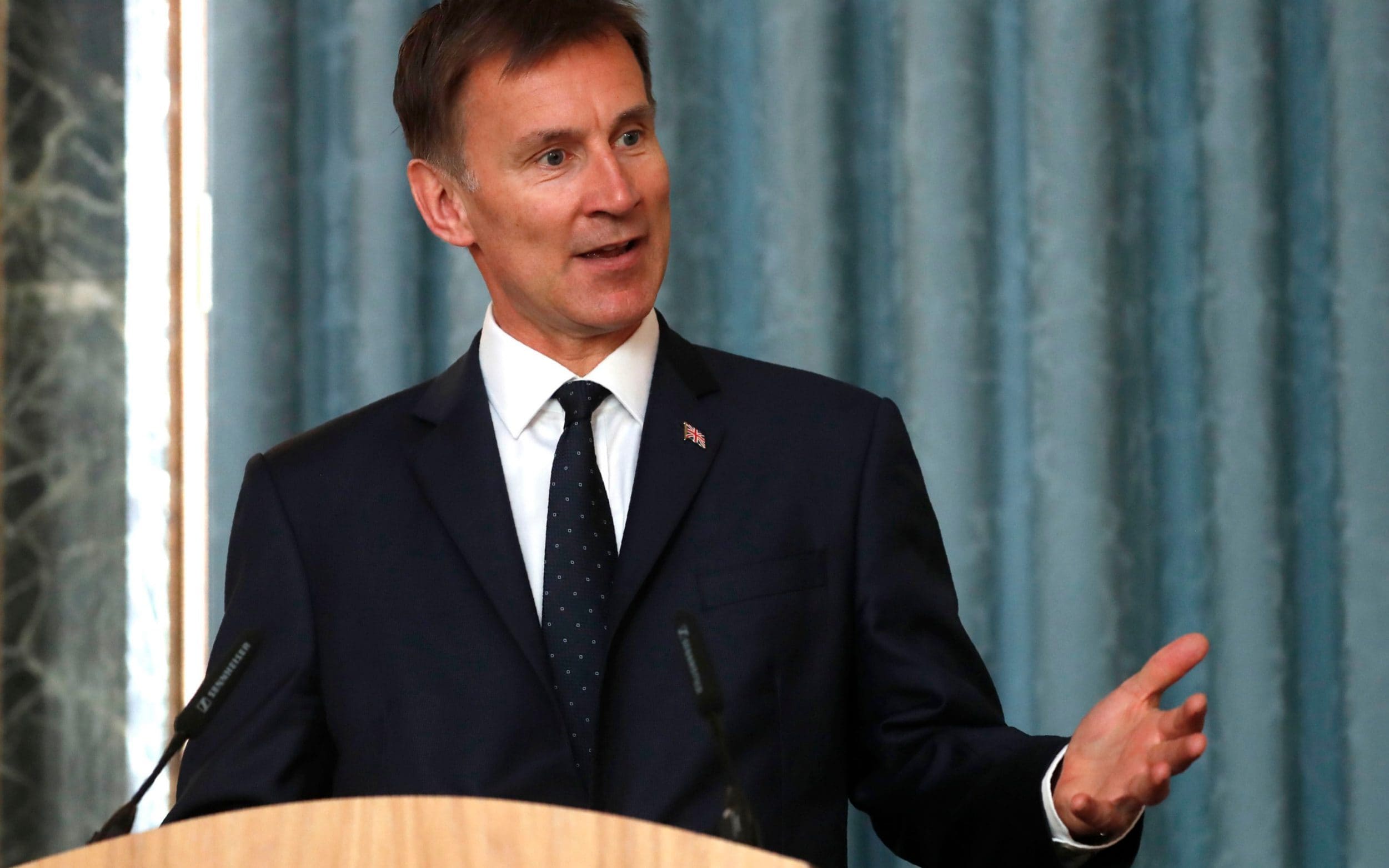 Former foreign secretary Jeremy Hunt has called for UK aid policy to move away from focusing primarily on tackling poverty to promoting “liberal values” such as democracy and a free press.

Mr Hunt makes his call in a report by the One Nation Caucus of Conservative MPs which looks at the priorities for the newly created Foreign, Commonwealth and Development Office.

Mr Hunt said that while he was a strong supporter of international aid, government policy should move away from poverty alleviation.

“There are still, for sure, pockets of shocking poverty throughout Africa but the majority of countries are on a well-trodden path to prosperity,” he said.

“This means that the focus of our aid policy needs to shift from being largely about poverty alleviation to encompassing support for the liberal values we hold dear: healthy parliamentary democracy, an independent judiciary, a free media and freedom of worship, especially for Christians whose persecution has often been overlooked,” he said.

Mr Hunt told Parliament in September that the merger of the Foreign Office and the Department for International Development was the “right thing to do”.

But the merger – or what one Conservative MP branded a “hostile takeover” – has led to concerns among charities and NGOs who feared that the aid budget would be used to advance the UK’s foreign policy objectives rather than to help the world’s poorest people.

Elsewhere in the report Andrew Mitchell MP, former international development secretary and a staunch defender of an independent Dfid, urged the government to retain the commitment of spending 0.7 per cent of gross national income (GNI) on aid.

And he warned that the government should resist calls to tweak international rules on what is classed as aid spending to advance the national interest.

“If Britain were to make her own rules, as night follows day the money would be plundered by stronger voices within Whitehall and spent on bullets and battleships instead of on international development,” he said.

Elsewhere the report calls for reform of the aid budget, recommending that it should be awarded on a rolling, multi-year basis rather than annually to avoid wasting taxpayers’ money.  Because the aid budget is pegged to GNI it fluctuates depending on the state of the economy – this year, for example, there will be drastic cuts.

But in 2013 the economy enjoyed better than expected growth and, as a result, Dfid officials scrambled to spend an extra £1 billion in the last eight weeks of the year to ensure that they met the 0.7 per cent target.

“Such action raised significant concerns as to how efficiently budgets and aid programmes are managed,” said Anthony Mangnall MP, main author of the report.

He called for a three-year budget timescale to “strengthen long-term aid objectives as well as delivering better outcomes to aid recipients and improved value for money for UK taxpayers.”

Mr Mangnall added: “In light of the pandemic and its impact on the world’s poorest, our aid commitments are more important than ever. “That said, it is vital that our generous aid spending is effective both in supporting the most vulnerable and delivering value for money for British taxpayers.”