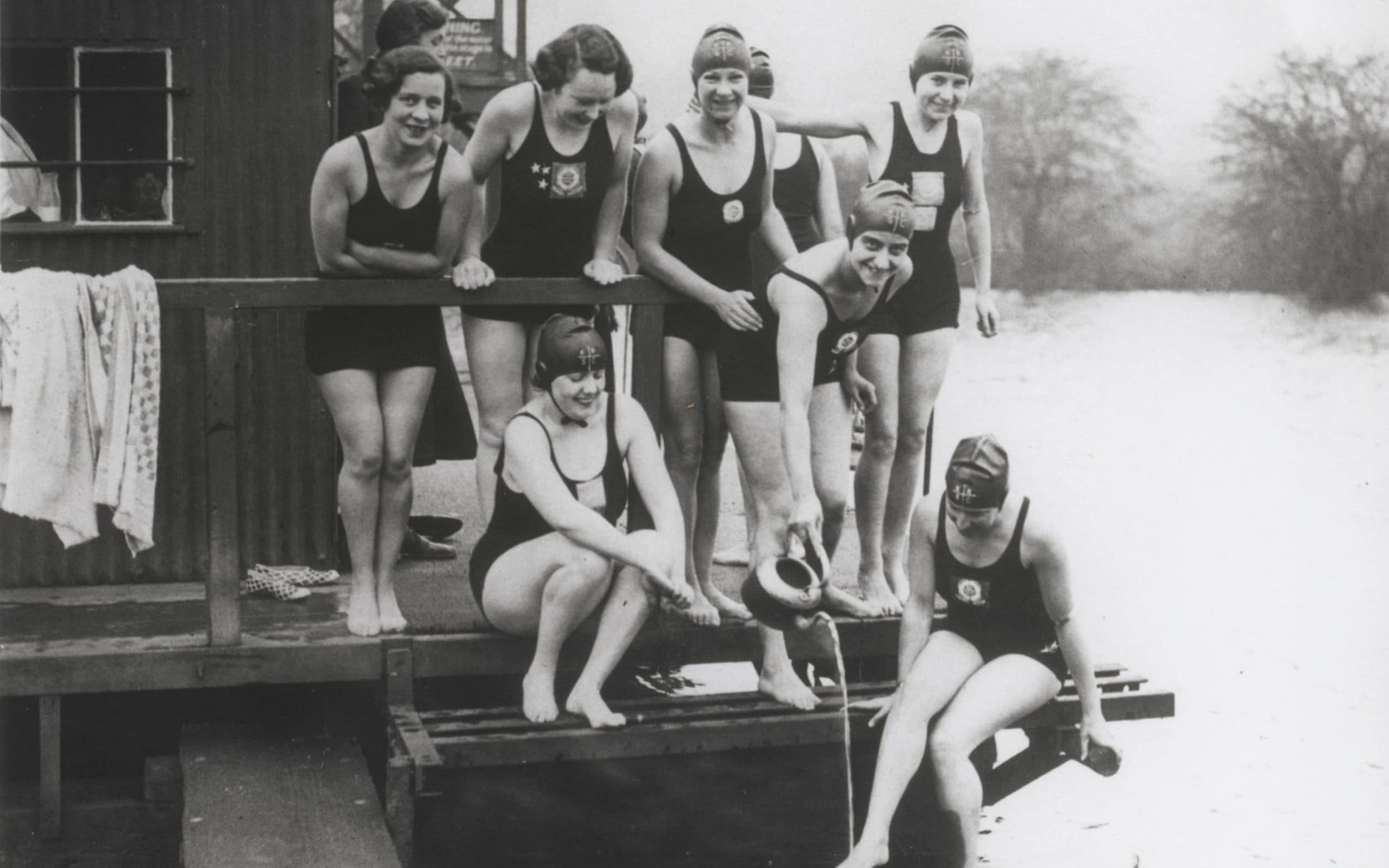 At the pond on London’s Hampstead Heath 109 years ago, a new sporting event was launched. The Ladies Graceful Diving Competition it was called. Though it turned out not to be something that lingered long in the national sporting calendar. Indeed history suggests the 1911 edition was its only staging. That we know it ever took place is thanks to the magnificent Kenwood Ladies Pond Association archive, a newly-compiled collection of photographs, documents and memorabilia charting the history of the country’s sole women-only outdoor swimming facility.

“If you ask me what my favourite picture is, I think it’s the one of a couple of young lads up a tree who have been caught trying to get a glimpse into the women’s pond,” says Sarah Saunders, who has helped piece the archive together. “It’s pretty grainy, but what I love is the look on the faces of the group of women gathered round the bottom of the tree waiting for them to come down. You suspect they weren’t going to give them the warmest of welcomes.”

After nearly a decade of extensive research, the archive was due to go on display at the Bishopsgate Institute in the City of London this weekend. The new lockdown put paid to that. Though when it finally does become open to public scrutiny, Saunders is hoping it will prick the wider memory.

“The oldest picture we have is of a group of ladies swimming in the men’s pond in 1903 who called themselves the Excelsior Club. We have no idea who they were. It would be great if someone might see it and recognise one of the swimmers.”

The ponds on Hampstead Heath date from the late 17th century, when the River Fleet was dammed to create reservoirs for drinking water. When other sources were found to quench the thirst of the capital, they fell into lengthy disrepair. Then in 1893 one of them was designated as a public swimming pond, initially solely for men. But by 1902 women were allowed in, albeit just once day a week. Such was the demand, however, that in 1925 a women-only pond opened, alongside the men’s. And the Kenwood Ladies Pond Association was born.