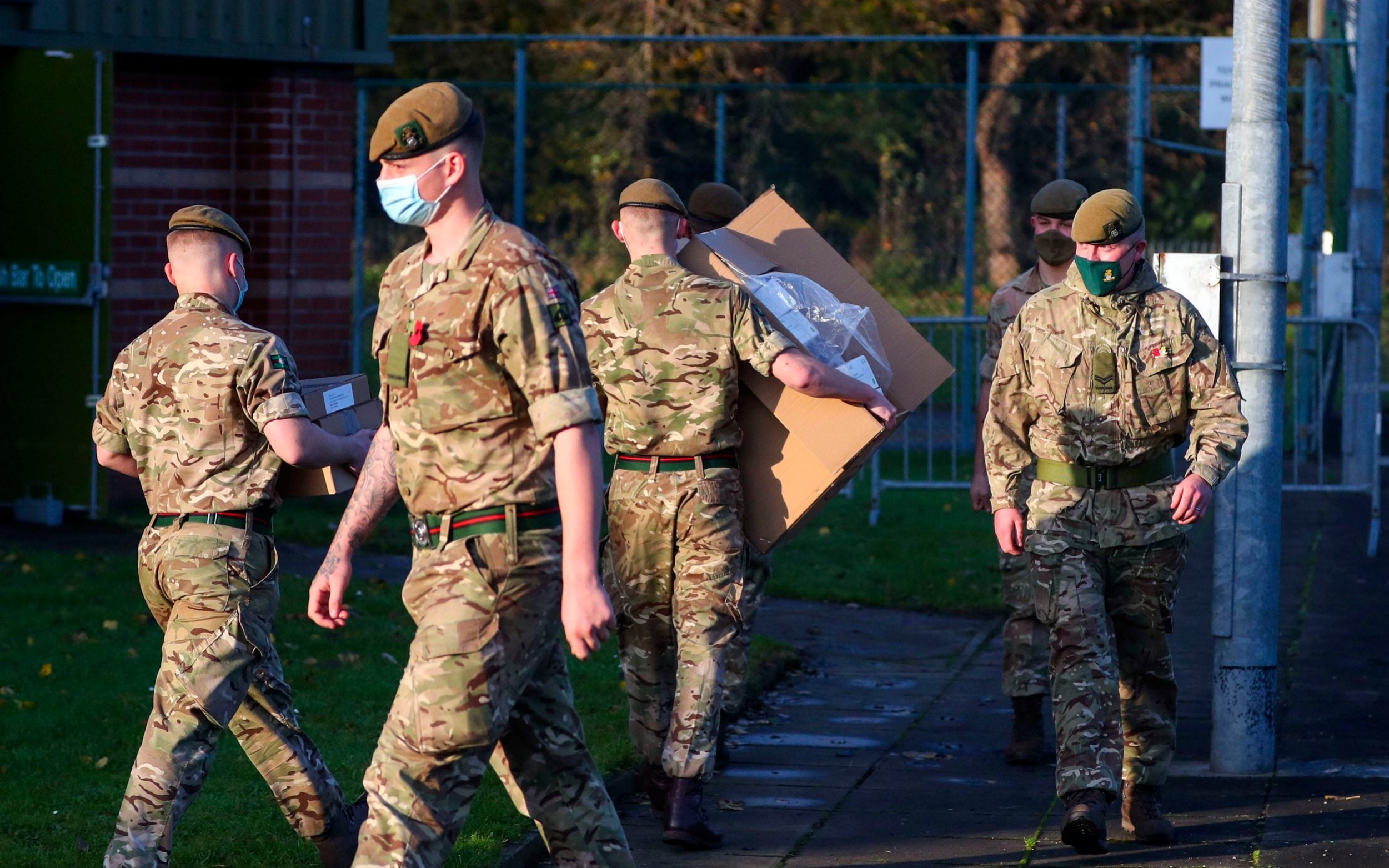 So, they have studied our Western way of war and invested thoughtfully in modern military capabilities. And they have used Ukraine and Syria as laboratories in which to develop tactics and to battle harden a new generation of soldiers.

History may not repeat itself, but it does have a rhythm. Economic crises often lead to security crises. And as we saw before the World Wars of the last century there is a risk that in a bellicose political context any of the current regional conflicts around the world could lead to unwarranted escalation and to miscalculation. This is the greatest threat we must guard against. Our ability to prevent war therefore remains central to the purpose of the Armed Forces, hence the importance of modernisation.

The Covid crisis has reminded us of the importance of resilience – both national resilience and military resilience. Who could not fail to be moved by the spirit of the British people in getting behind the NHS and uniting in a collective determination not to be beaten by the disease. And I hope people will have seen the vital role the Armed Forces have played in support of our health care workers on the front line, constructing the Nightingale hospitals, providing innovative thinking to roll out the mobile testing teams in double quick time, and taking on the massive logistic task of delivering Personal Protection Equipment. This support continues with several thousand servicemen and servicewomen committed to mass testing in Liverpool. And as we look forward to the logistic challenge of delivering a vaccine, the Armed Forces will be ready to assist.

My final thought is that Remembrance is also a very personal affair – for every poppy represents a life – and not a day goes past when I don’t think of those who lost their lives while serving in the recent campaigns under my command as well as those who suffered life changing injuries.

For all these reasons Remembrance matters – and we should reflect on the wise words of the Byzantine Emperor Maurice who observed that “the nation that forgets its defenders will itself be forgotten”.

The grandson asked his grandad,

“Will there be Remembrance day this year?

With all that has been happening,

And the spreading Covid fear?”

To protect us from the virus,

It will have a different form.

We have got to keep our distance,

So no parade will march through town.

We will simply stand on doorsteps,

With our heads in honour down.

For the Poppy grows in broken ground,

And this year’s been broken too.

So think of those who gave their lives,

And mean so much to you.

Then proudly wear your Poppy,

For it marks each taken life,

And pray for those in uniform,

Who protect us all from strife.”

The grandson thanked his grandad,

And he looked at him with pride,

Vowing he’d be on the doorstep,

With his grandad by his side.