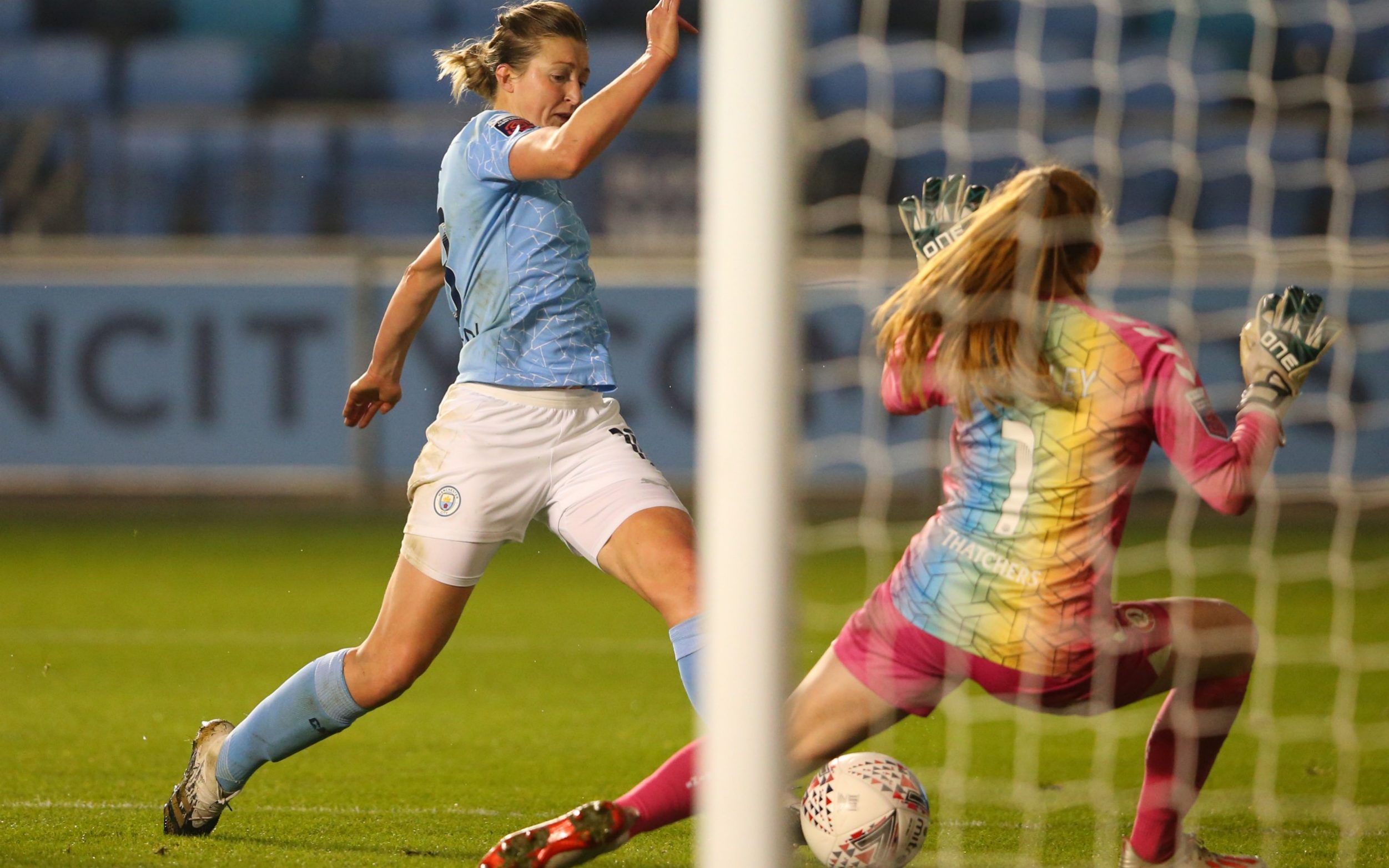 Bristol City Women were trounced 8-1 at Manchester City after failing in a bid to get the match postponed when five of their players were forced into Covid-19 isolation.

The Football Association refused to move the match even though the West Country club’s entire squad were forced to miss a training session last week.

Bristol City had reviewed their safety procedures following a recent surge of cases in the city and at the college where they train. The club then confirmed in a statement prior to the match that “one player developed Covid-19 symptoms overnight and, as a result of players living in shared housing, Charlie Wellings, Gemma Evans, Ella Mastrantonio, Abi Harrison and Meaghan Sargeant are now isolating.”

The club – rooted to the bottom of the Women’s Super League – were subsequently swept aside by Man City, despite taking an early lead through Ebony Salmon.

Bristol City Women’s manager Tanya Oxtoby had said the match at the Academy Stadium should not have taken place.

“I am really disappointed and upset for the staff and players,” said Oxtoby prior to kick-off. “Our job is to try to keep them safe and I feel like we have been put in a really awkward position.”

Bristol City drafted in players from the club’s academy after the FA turned down their 11th-hour bid for postponement. The players had reportedly complained about coming into close contact at Bristol City’s South Gloucestershire and Stroud College prior to the match.

The women’s side eat in the same canteen as other students and sports clubs at the college. The Bristol Flyers basketball team also play their home games at the college, and had four members from their players and staff test positive.