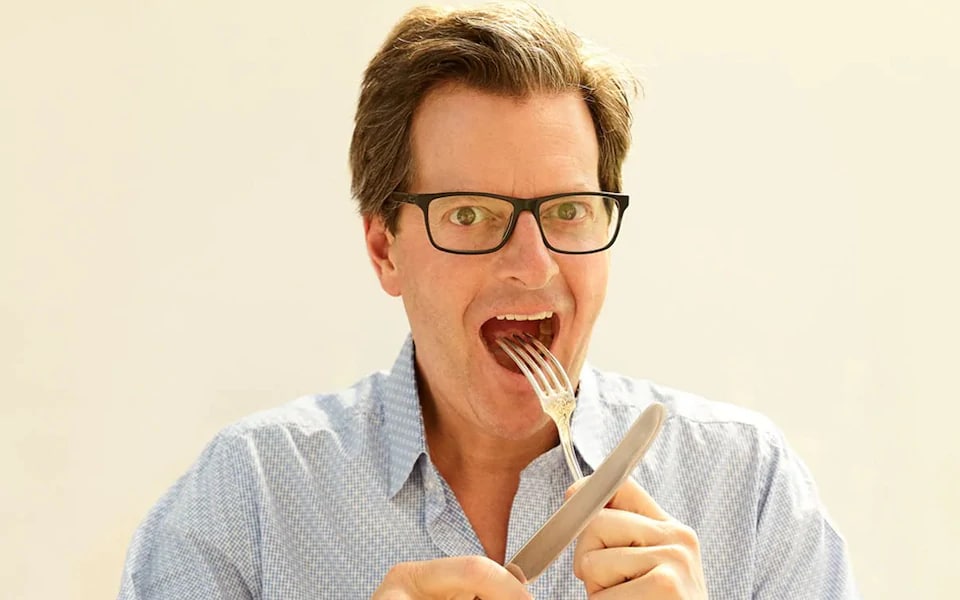 Celebrated chef Adam Handling has revealed his secrets to staying sane in a crisis: not listening to the news and drinking alcohol.

The Scottish-born restaurateur who runs a small empire of bars and restaurants in London, a successful nationwide high-end food delivery service and has won a string of awards said: ‘there’s no point worrying.’

Speaking on the Biting Talk podcast Handling added that he thought conjecture was pointless: ‘I don’t really care what people think is going to happen because, with this ridiculous government that we have, even if we think we know what’s going to happen they just go round the other way and smack us on the arse.’

Handling revealed bold plans for new restaurants in London in 2021 and said: ‘I have two more places on the cards, I’m going full steam ahead and my group will continue to thrive.’

As for Downing Street briefings he explained: ‘In terms of stupid politicians saying things at the last minute and affecting people like us and our careers, I’m just not listening.’ And he had a tip for his colleagues in the hospitality industry getting stressed at the current lockdown: ‘Go the gym [if it wasn’t banned], think it’s Boris and start boxing.’

And as for unwinding after work he said: ‘Adam Handling definitely relaxes with alcohol. He’ll have a bottle and some cocktails. All I know is food and alcohol. I don’t know anything else and I love to submerge myself in that when I’m not working.’

Listen to the full interview with Adam Handling on Biting Talk, presented by William Sitwell. Other guests on this week’s episode are chef Harriet Mansell whose new restaurant in Lyme Regis, Robin Wylde opened just one week before having to close for lockdown and Michelin-starred chef Aktar Islam, patron of Birmingham’s acclaimed Indian restaurant Opheem. Plus Biting Talk mixologist Farhad Heydari reveals a drink to put you on a war footing…