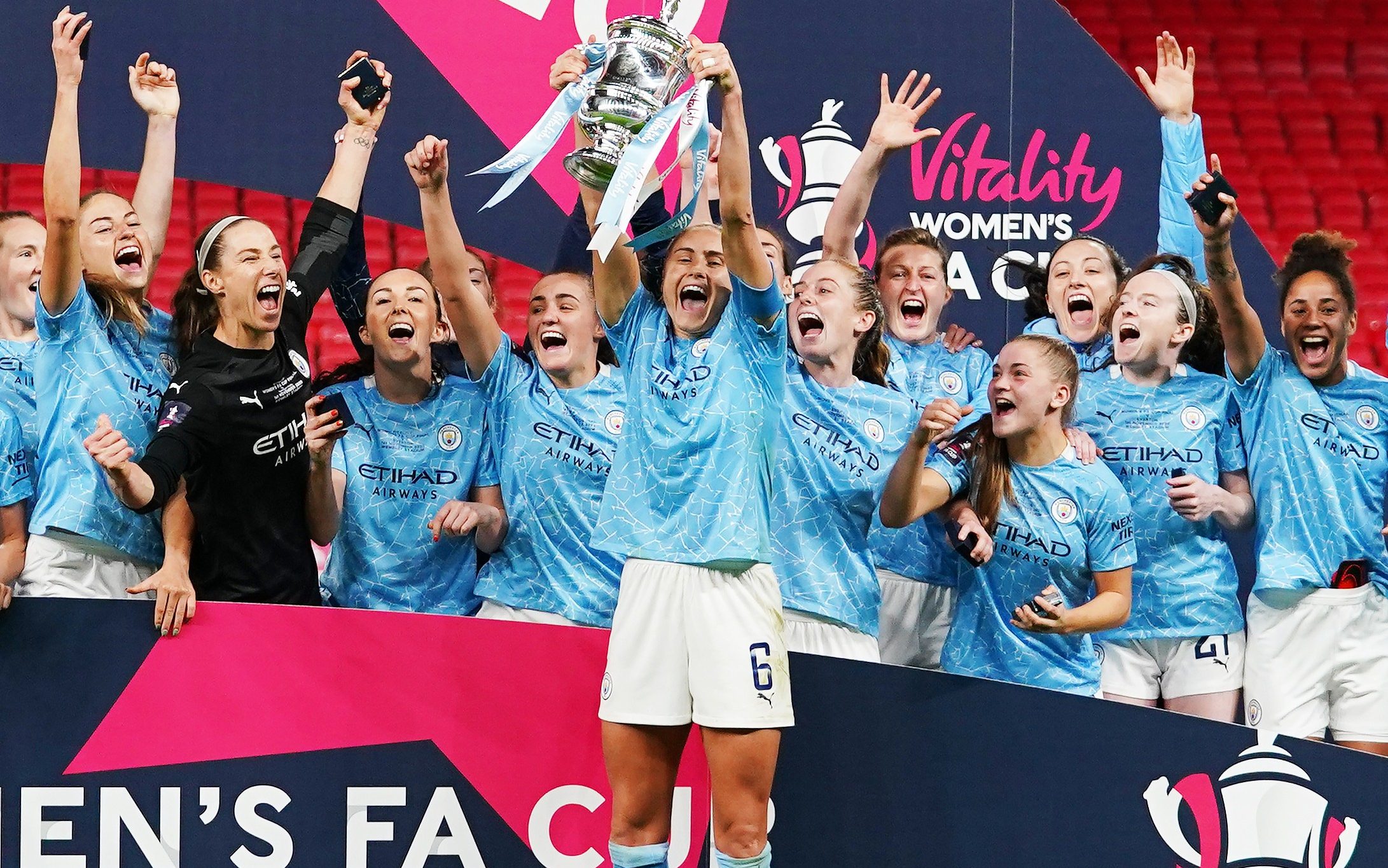 The Women’s FA Cup will pause during November’s lockdown, while the men’s competition has been given special dispensation to continue.

For the upcoming four weeks of national lockdown the FA have decided to suspend league matches and training from the seventh tier downwards in men’s football, classing those teams as non-elite according to government guidelines, clubs outside the Women’s Super League and Championship will also be out of action in the women’s pyramid.

However the early stages of the FA Cup includes both elite and non-elite clubs, so clarification was needed for both their women’s and men’s fixtures which were expected to take place in the next month.

The FA confirmed on Tuesday that non-elite teams competing in the first round of the men’s Cup will be able to compete and train during the four-week lockdown as planned, but the Telegraph Sport understands that the women’s non-elite clubs will not be allowed to compete and their FA Cup competition will be put on hold for the duration of the month of November.

The women’s first round proper, which was originally scheduled for November 15, has been postponed until the national lockdown is eased with the earliest return date possible will be December 2.

Clubs from the top two divisions in women’s football do not join the FA Cup competition until the fourth round, usually hosted in January, and the women’s first round is not classed as elite according to government guidelines.

All 24 of the women’s sides set to be involved in the first round are in the fourth tier and below. Meanwhile 10 clubs involved in the 40 fixtures for the men’s first round proper, due to take place this weekend, are classed as non-elite but have been given a special government exemption to partake in the competition while ensuring they follow “elite protocols”.

It is a situation that means the likes of Ipswich Town Women, who reached the fifth round last season, are unable to compete until government restrictions allow, while Skelmersdale United – who play in the lowest step in the men’s National League – will be allowed to play this weekend.