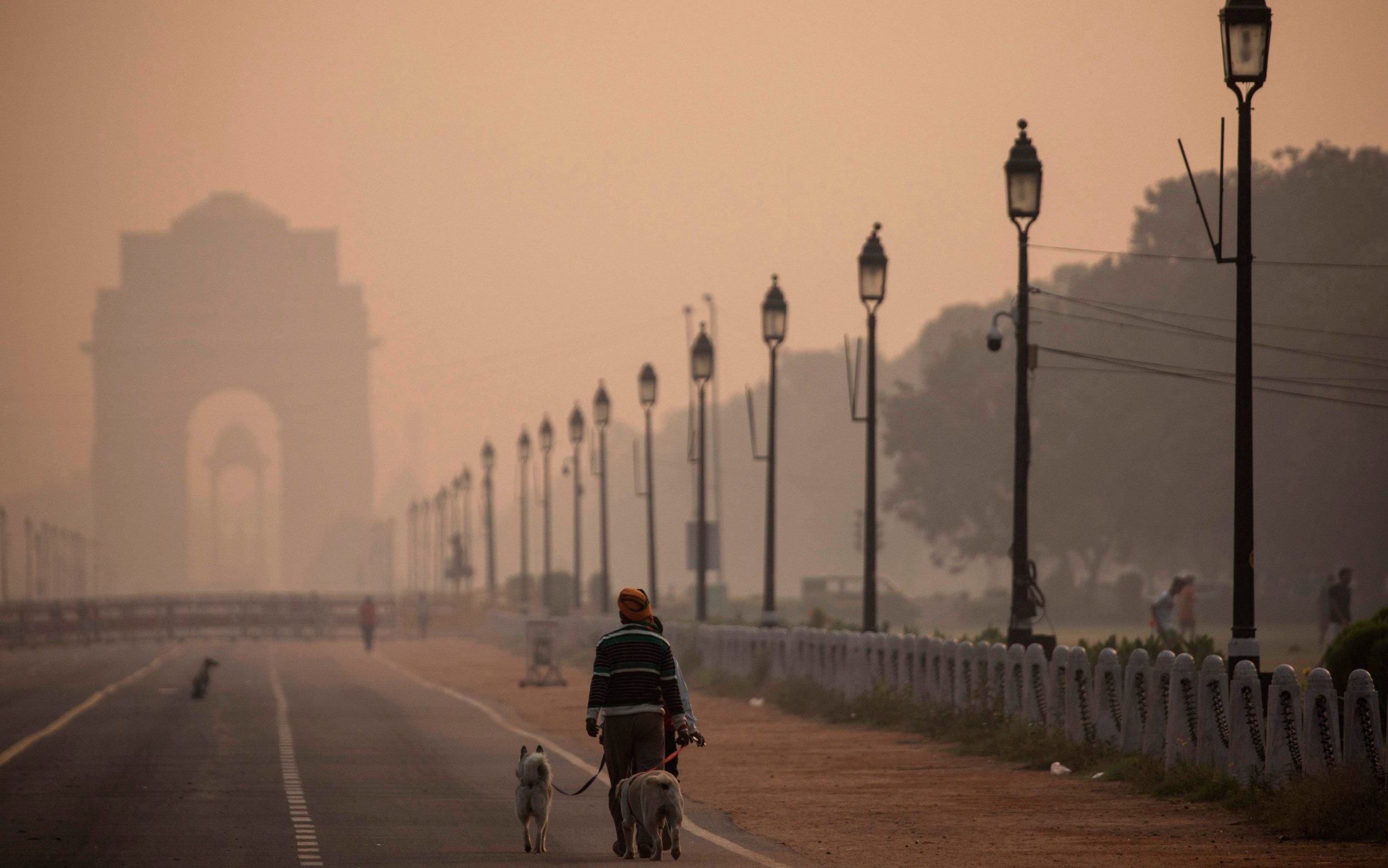 Over the past fortnight, readings for pollutant particles have peaked at over 400 in some parts of India’s capital – some eight times higher than the safe level.

Farmers in the states surrounding New Delhi, like the Punjab and Uttar Pradesh, burn crop stubble in the autumn and the toxic smoke then blows into the city.

New Delhi’s unique geography and cold winter air then means the pollution holds, worsened by vehicle and industrial emissions and its residents setting off millions of firecrackers to celebrate a succession of major autumnal Hindu festivals, including Dussehra.

Public hospitals in New Delhi are once again threatening to run out of beds and ventilators, and the Delhi Government urged citizens to follow safety precautions as the virus continues to spread.

“People must consider masks as the only vaccine until the actual vaccine comes,” urged Satyendar Jain, the Delhi Health Minister. “Many disregard advice to wear masks, saying they are immune to the virus. But they must realise their act might put vulnerable groups such as senior citizens at risk.”

Despite New Delhi’s concerning surge in new cases, India is maintaining an overall decline with 38,310 new infections reported over the last 24 hours.

Public health experts are unsure why India has experienced a sudden drop in new infections but believe it could be attributed to unreliable and sporadic testing and the speculation that herd immunity may have been reached in some densely-populated cities, like Mumbai.