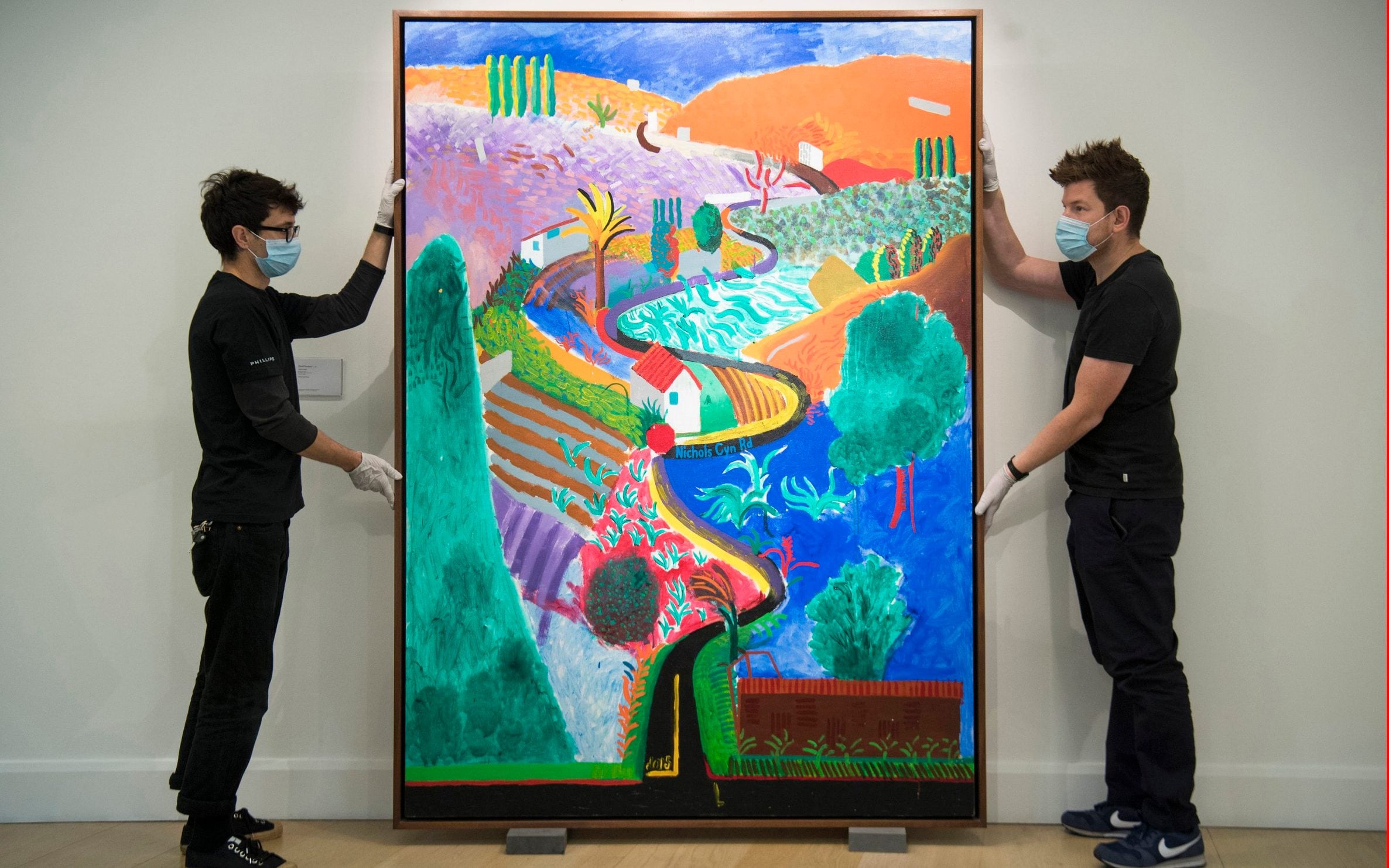 A David Hockney painting valued at £27 million has gone on show ahead of its auction.

His 1980 work “Nichols Canyon” depicts a landscape in Los Angeles and is considered his first mature landscape.

It marked the artist’s return to California and to painting following a hiatus in the 1970s during which he focused on photography.

Jeal-Paul Engelen, Phillips’ deputy chairman and co-head of 20th century and contemporary art, said: “Nichols Canyon is, without question, the most significant landscape by Hockney to ever appear at auction.

“The work, whose companion painting was quickly acquired by Los Angeles County Museum Of Art after its creation, has remained in the same collection for nearly four decades.”

It is on show at the Phillips auction house in London until Sunday, before it is moved to be displayed in New York and Hong Kong ahead of its sale.

Phillips estimates the painting will fetch around 35 million dollars.

It is a very rare and pretty unique painting in his career, according to Phillips Global Chairwoman Cheyenne Westphal.

“The canyon was very much part of his daily life. He was living up the hill and driving down the hill to his studio and this journey every day, several times, became part of his self, as he says.”

“He started it with a wonderful squiggly line and then created this extraordinary California landscape around it with the swimming pool, the houses, just the lusciousness of it all.”

The painting has been held in a private US collection since 1982.

In 2018, 83-year-old Hockney’s “Portrait of an Artist (Pool with Two Figures)” from 1972 sold for $90.3 million at Christie’s in New York, smashing the record for the highest price ever paid at auction for a work by a living artist.

The auction will take place on December 7 in New York.