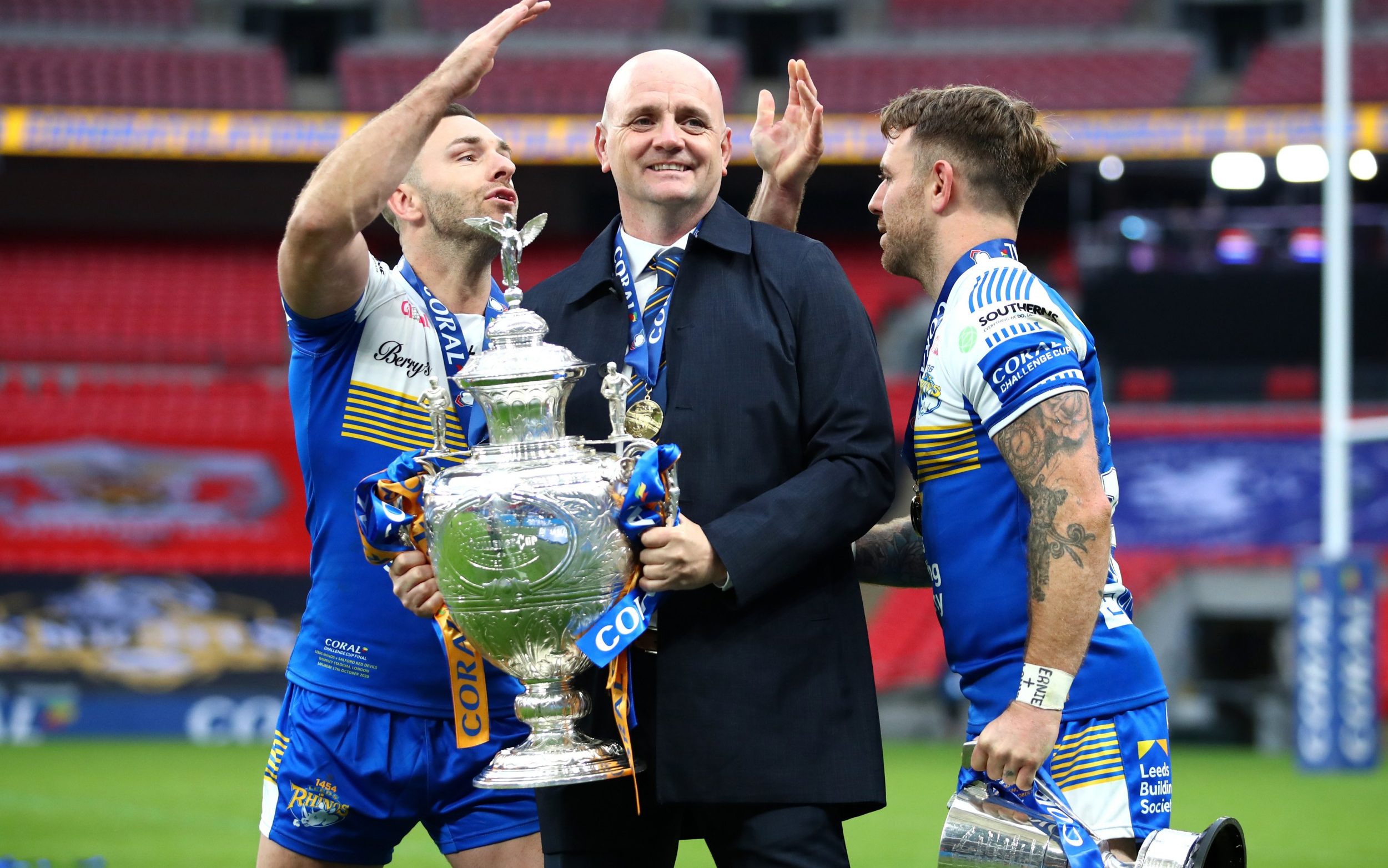 Leeds coach Richard Agar has called for strong leadership from the Rugby Football League as the conclusion of the Super League season threatens to descend into chaos.

Two matches scheduled for Friday night have been cancelled due to the coronavirus pandemic and Agar says the competition is reaching a “tipping point”.

Huddersfield’s clash with Castleford was called off after the Tigers reported 12 positive coronavirus tests. The match between Salford and Warrington is also off after the Red Devils informed the authorities they only had 13 players available.

Although Salford did not cite any further positive tests, they have had to play four games in 11 games due to fixture congestion brought about by the crisis. Competition rules deem that Warrington will be awarded a 24-0 win due to a forfeited fixture, although the matter has been referred to the RFL’s Compliance Department for further consideration. Warrington will now play Huddersfield on Friday night in a hastily rearranged match.

Castleford’s testing was carried out one day after they were beaten by Leeds, but there have been no positive results at the Rhinos, although four of their players are self-isolating. Rhinos coach Agar, whose side take on Wakefield on Thursday, said: “We are reaching a tipping point. We have to find the fairest way, we would hate to be in a position with the percentage points system where teams are trying to contrive a fixture list. We have had to field under-strength teams in important games. “We need strong leadership and have got to work out what is best for the competition from here on in.”

On four of his players now being unavailable, he added: “We have had a number of players stood down on track and trace and that will rub them out of a very important run-in for us.

“If they change the format, I don’t know whether they will, it will rule them out of the play-off games. It is hugely disappointing, I feel for the individuals concerned.

“We have had a really tough fixture list backlog, we have had young kids that have come in from work, we have been ultra diligent. We feel that it has been a very tough one for the guys that now can’t play in what is such an important part of the season.”

In a statement, the RFL said: “The RFL and Super League will today liaise with Public Health England, Castleford Tigers and the Tigers’ last opponents, Leeds Rhinos, before the Multiple Case Group meets to consider the data and decide next steps. “Super League and the RFL are actively exploring all options and will make a further announcement as soon as practicable.”

Earlier this week, Catalans Dragons were forced to cancel their scheduled match against Warrington in Perpignan after more of their players tested positive for the virus, raising concerns over their ability to complete the season.

The latest developments also raise questions over the practicability of staging the play-off semi-finals, scheduled for Nov 20, and the Grand Final at Hull’s KCOM Stadium a week later.

However, Thursday’s other match between Hull KR and Hull FC will go ahead.