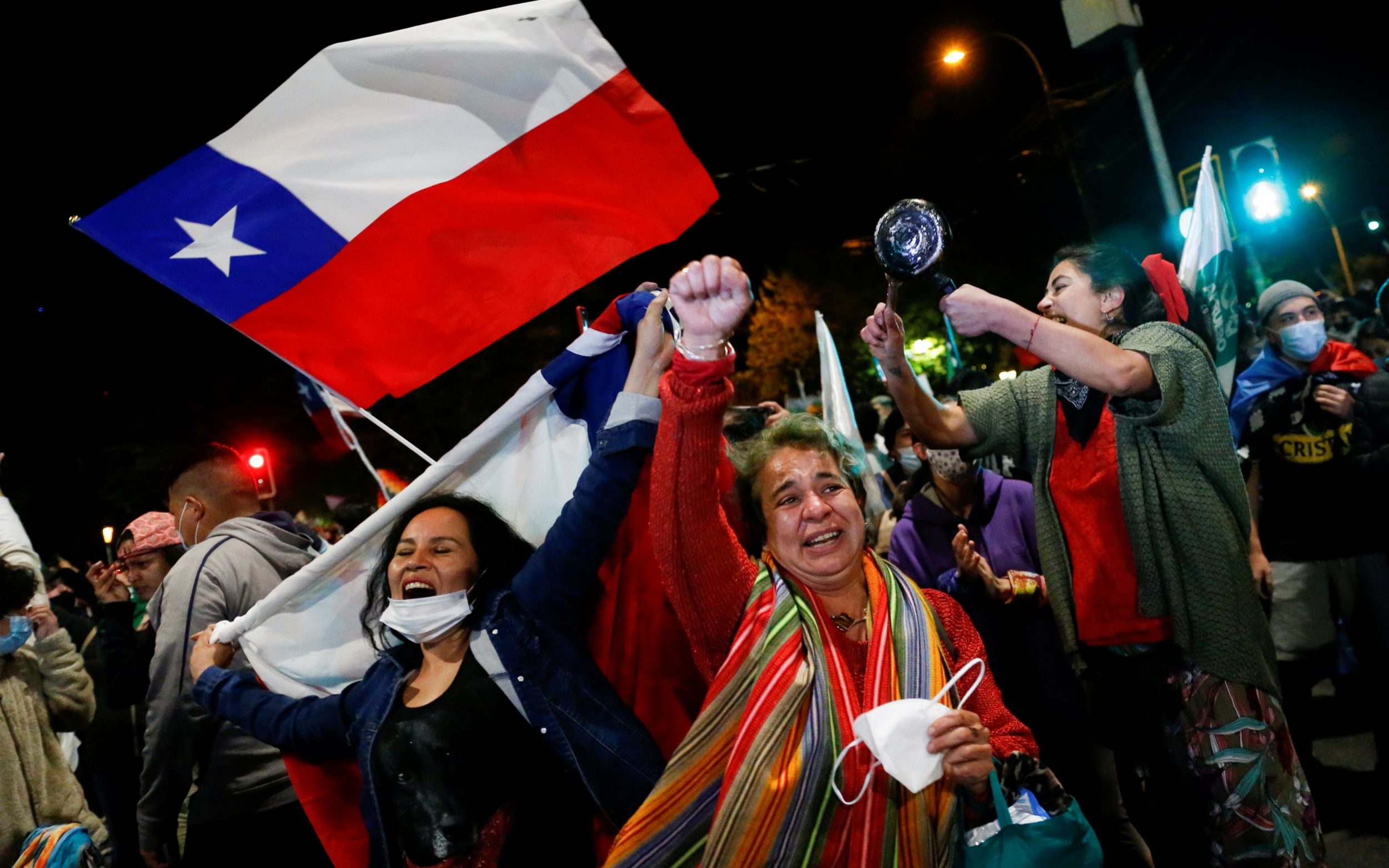 The free-market principles embodied in that document led to a booming economy that continued after the return to democracy in 1990, but not all Chileans shared.

A minority was able to take advantage of good, privatised education, health and social security services, while others were forced to rely on sometimes meager public alternatives. Public pensions for the poorest are just over $200 a month, roughly half the minimum wage.

Luisa Fuentes Rivera, a 59-year-old food vendor, said hopes that “with a new constitution we will have better work, health, pensions and a better quality of life for older people, and a better education”.

But historian Felipe Navarrete warned, “It’s important to say that the constitution won’t resolve the concrete problems. It will determine which state we want to solve the problems.”

Claudia Heiss, head of the political science department at the University of Chile, said it would send a signal about people’s desires for change, and for a sort of politics that would “allow greater inclusion of sectors that have been marginalized from politics”.

Conservative groups fear the revamp could go too far, and endanger parts of the constitution that have helped the country prosper.

“The people have demonstrated saying they want better pensions, better health, better education. and the response of the political class” is a process that won’t solve the problems and will open a period of uncertainty,” said Felipe Lyon, 28-year-old lawyer and spokesman for the group “No, Thanks” that opposes the change.