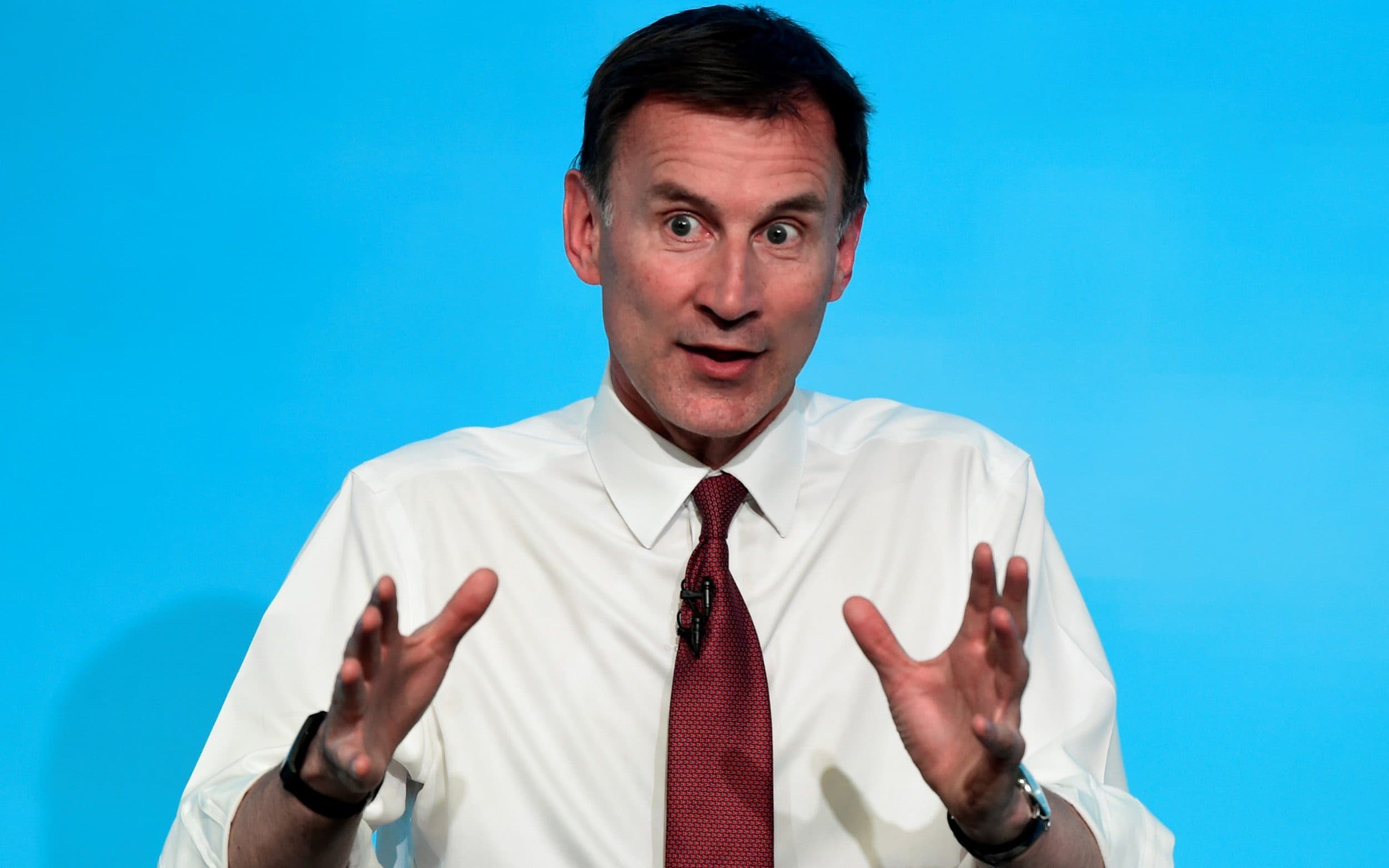 The former health secretary Jeremy Hunt downed tools and “refused to play” when asked to make a decision on who lived and who died during a cross-government pandemic simulation just three years ahead of Covid-19.

The incident – in which the minister was asked to turn off the ventilators of 4,000 fictional patients – happened during a mock Cobra meeting on the first day of Exercise Cygnus, the secret war game staged in October 2016 to test the UK’s pandemic resilience.

It goes to the heart a row about a triage protocol that was published by the National Institute of Health and Care Excellence (NICE) at the start of the pandemic and which is said by some to have resulted in thousands of frail and elderly patients being denied hospital care – a claim the NHS and professional medical bodies firmly deny.

Some of those involved in Cygnus say Mr Hunt’s refusal to take the “tough decisions necessary” during the simulation contrast with his criticism of the Covid-19 response and that his actions negatively impacted the simulation exercise and future planning.

Mr Hunt, however, believes what he was asked to do during Cygnus was “morally repugnant” and says that by “pausing” the simulation he forced an “important rethinking” that has proved valuable in managing the current outbreak.

“The hospitals were full and Hunt was asked to make the call as part of the exercise. But instead of doing so he basically said ‘I’m not playing anymore’. People were very cross as it mucked up the exercise”, said one source.

A spokesman for Mr Hunt said he was proud of his actions and that they had ultimately helped in the pandemic planning process.

“In the exercise, Jeremy was asked to make a decision switch off all the life support machines in the country leading to an immediate 4,000 deaths. He believed that was morally repugnant so paused the exercise to explain that if ministers were being asked to make such decisions we were clearly not dealing with the issue in a sensible way. The result of Jeremy’s intervention was extensive and important rethinking about how we avoid getting into such a situation, as we have thankfully been able to do during the current pandemic”.

News of the incident follows the official publication last week of the secret report on Exercise Cygnus following a lengthy battle under the terms of the Freedom of Information Act. Its high level findings were first detailed by the Telegraph in March.

The report alludes obliquely to the incident with Mr Hunt and the twin issues of NHS “surge capacity” and “population level triage” – a Whitehall euphemism for who gets treated and who doesn’t.

Referencing the incident, the report notes: “On the first day of the exercise a decision was made to consider an alternative model of population based triage to manage capacity and respond to the excessive demand for hospital care as set out by the exercise scenario.”

Responsibility for triage in Cygnus was then passed to the NHS which had “draft proposals” of its own and enabled the simulation to continue, says the report.

The report does not say what then happened to the fictional patients on ventilators but it is clear that population level triage took place. Hospitals were emptied, care-homes were overwhelmed and deaths quickly mounted – in much the same way as has happened with Covid-19.

In its recommendations, the report directly addresses the issue of triage. It advises that the Chief Medical Officers of the four nations be formally tasked with creating an emergency population triage plan for future pandemic events, including a “proposal for who would make the decision to move to population-based triage and in what circumstances”.

On surge capacity, “further work” was also recommended. The NHS was charged with modelling the impact of hospital closures to “identify lives saved or lost”. It was also asked to devise a “rapid discharge protocol” so better decisions could be made on whether someone stays in hospital or is “discharged to residential care.”

It is not clear if these recommendations were actioned by ministers or the work completed. NHS specialists say that if such protocols existed ahead of the Covid-19 outbreak they were never openly published.

As the Telegraph revealed on March 22, a triage system based on patients “frailty score” and age-banded mortality tables for pneumonia and underlying heart and lung conditions was published by NICE on March 21.

A senior Whitehall source involved in drawing up Cygnus said Mr Hunt’s decision did cause the NHS to seek further advice on population level triage.

“The ministers said they didn’t have the clinical input to make those kinds of life and death decisions.

“They said they needed much more evidence about the value of each life before they could make the judgment. So we went away and spoke to people like the BMA ethics committee and put the evidence together. It was a big piece of work and took about a year.

“That was the point of the exercise – to identify where we were falling short and to do something about it – so you could argue that it worked.”

Jonathan Ashworth, the shadow health secretary, said yesterday he would be raising the matter of the Cygnus recommendations in Parliament following the recess.

“We know, ministers were slow to respond and it has looked like they were caught on the hop throughout this crisis”, said Mr Ashworth.

“There are serious questions as to what they learned from Cygnus and whether they implemented its recommendations. I will be raising this in the Commons when we return”.