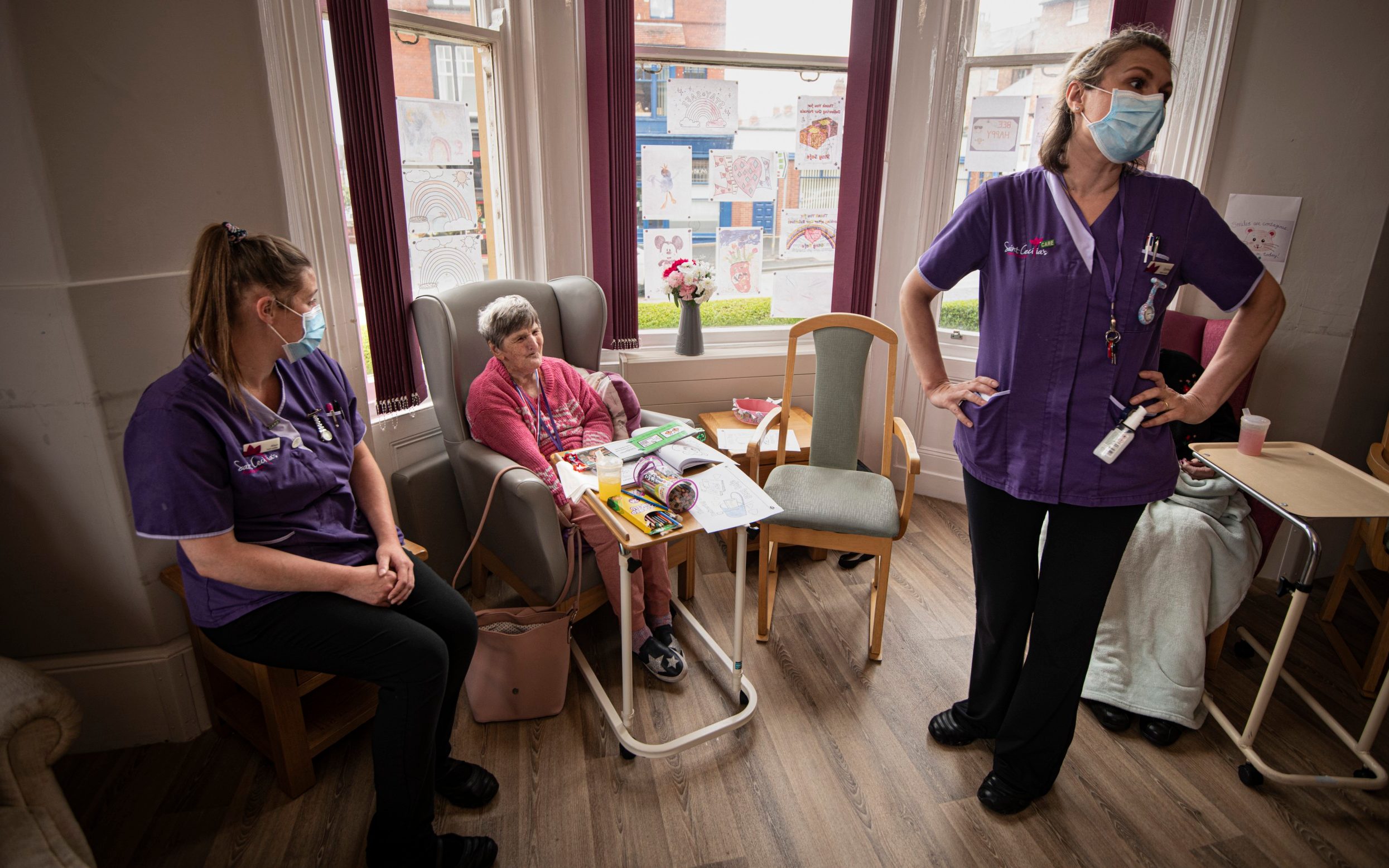 It took seven months, the threat of legal action and the intervention of the Information Commissioner but on Tuesday Whitehall reluctantly published its secret report on Exercise Cygnus, the ill-fated simulation which exposed the weakness of Britain’s pandemic plans a full three years before the coronavirus hit.

The existence of the cross-government exercise and its “terrifying” high-level findings were first detailed by the Telegraph on March 28. But the full report, marked “Official – Sensitive” (now redacted) on each of its 57 closely worded pages, was kept under wraps.

Despite formal applications for its release by the Telegraph and others under the terms of the Freedom of Information Act and a copy being leaked to the Guardian in May, Whitehall refused to publish, arguing that to do so would undermine the formulation of government policy.

The health minister Lord Bethell, a former journalist and nightclub manager, told the House of Lords in June that reports of Cygnus-style simulations should remain secret “so that the unthinkable can be thought”.

But last week the Information Commissioner’s Office rejected the Government’s case and ordered that the report be released no later than October 23.

The battle lost, officials at the Department of Health and Social Care (DHSC) quietly published the report last Tuesday amid the media storm over Manchester’s lockdown – a good day to bury bad news.

And bad news it is. The Telegraph understands that there are several subsidiary reports relating to Cygnus that have yet to be released but the document published on Tuesday is enough to have officials and ministers squirming.

It states bluntly that “the UK’s preparedness and response, in terms of its plans, policies and capability, is currently not sufficient to cope with the extreme demands of a severe pandemic”. And it exposes as false the claim relayed by the Health Secretary Matt Hancock from his officials that “everything that was recommended [in the report] was done”.

It is in the report’s detail that the danger for Government lies. Officials have published the document, in breach of government policy, with the search and copy functions turned off, but the further Covid-19 progresses, the more salient its long-buried lessons become. Here are five highlights and one big unanswered question:

Problem: Cygnus modelled a respiratory pandemic very similar to what Covid-19 turned out to be. Left unmitigated (which it was in the simulation, for reasons not fully explained) between 200,000 and 400,000 excess deaths were expected and NHS capacity was quickly overwhelmed.

The twin issues of “surge capacity” and “population-based triage” (who is treated and who is not) were therefore central to the Cygnus war game, just as they have been with Covid-19.

On the issue of triage, the report cryptically notes: “On the first day of the exercise a decision was made to consider an alternative model of population based triage to manage capacity and respond to the excessive demand for hospital care as set out by the exercise scenario.”

As the Telegraph reveals today, this is an oblique reference to a decision by the then health secretary Jeremy Hunt to “stop playing” when he was asked in a faux Cobra meeting to make the final call on who should be treated and who should not.

Mr Hunt says he was within his rights to do so. He says he was asked to turn off 4,000 ventilators, believing that to be “morally repugnant” and so paused the exercise. But others involved say he undermined the simulation by refusing to play by the rules.

The report says responsibility for the final decision on triage was then passed to the NHS during the exercise. It does not say exactly what then happened, but it is clear hospitals were emptied, care-homes were overwhelmed and bodies quickly piled up.

“We’ve just had in the UK a three-day exercise on flu on a pandemic that killed a lot of people”, Dame Sally Davies the then Chief medical Officer said of Cygnus in December 2016. “It became clear that we could not cope with the excess bodies, for instance”.

Recommendations: On triage, the report says the Chief Medical Officers of the four nations should be asked to come up with a plan. It should cover the “triggers” for such a policy and (not surprisingly given what had unfolded in the dry run) a “proposal for who would make the decision to move to population-based triage and in what circumstances”.

On surge capacity, “further work” was also recommended. The NHS was charged with modelling the impact of hospital closures to “identify lives saved or lost”. It was also asked to devise a “rapid discharge protocol” so better decisions could be made on whether someone stays in hospital or is “discharged to residential care.”

Results: It is not known if either of these plans now exist. Prof Neil Ferguson of Imperial said in March that one of the reasons it had been hard to model the impact of the virus on the UK in a timely fashion was because NHS capacity data was late in coming. The decision to close the NHS to non-emergency cases and empty its beds of non-Covid patients (mainly the old) was made in public at least by Simon Stevens, the Chief executive of the NHS. If a pre-pandemic tally exists of the estimated “lives saved or lost” through these actions, it has not been made public.

2/ The danger of “silos”, disparate plans and localism

Problem: Cygnus, which involved 950 representatives from local and central government and many other bodies, exposed “silo planning between and within some organisations” and a good degree of confusion as a result.

There was a “lack of understanding about the potential impacts of a pandemic”. Some had plans, others didn’t, and the devolved administrations had their own strategies. Some were up to date, others weren’t. Some relied on documents and protocols that no longer existed.  “It became clear there is no overview of pandemic response plans and procedures”, says the report.

“There are too many plans [and] there’s a question about how up to date all the plans are and whether there are contradictions between them”, it quotes one participant as saying.

Recommendations: Cygnus recommended a single body be set up – a “Pandemic Concept of Operations” – to avoid similar chaos in a real pandemic.

Result: No single body was set up to coordinate information and disparate, often conflicting actions within and between government departments and localities has been a hallmark of the UK’s response to Covid-19.

Problem: Schools were hit hard in Cygnus. The simulated pandemic forced the closure of many and it became clear that contingency planning was needed.

Recommendations: DFE was asked to “examine the impact of school closures” on society and create backup plans.

Result: Few if any contingency plans appear to have been put in place ahead of Covid-19, nor is it understood what long term impact school closures will have. Schools were forced to close by Covid and the lack of online teaching and the exams fiasco have left lasting scars. In a grid on page 47 of the Cygnus report, detailing which participants engaged with the exercise by providing feedback, the DFE’s entry is blank in all four columns.

Problem: Cygnus identified that care-homes would be a pinch point, predicting that hospitals would need to move patients into homes and that the sector could be overwhelmed.

“Social care is currently under significant pressure…. [yet] there was little attention paid to this sector by ministers during the [Cygnus] Cobra meetings”, notes the report. “Any extra pressure on the Social Care sector could be very challenging”.

Recommendations: The report makes a series of recommendations to avert disaster in the sector including an audit of care home capacity, “ring-fenced” funds, provision of PPE and active engagement with providers on the vital issue of “surge capacity”.

Results: Social care budgets were cut and the sector was caught off guard by Covid-19. The policy of moving hundreds of patients from hospitals into homes is thought to have caused the virus to spread and many vulnerable residents to die. Providers say they were not engaged ahead of time on surge capacity or pandemic planning.

5/ Data and the efficient flow of information

Problem: Cygnus identified that the flow of data in a pandemic could quickly become problematic. Participants were “overwhelmed” by what was being requested from them. Local bodies said data coming from the centre “impeded their ability to act”, while the central government struggled to make sense of what it was receiving from the regions.

Recommendation: The report recommends a cross-government working group be established to “consider carefully the information needed to guide the response.”

Result: The inefficient flow of data between central and local government has been widely criticised as hindering the UK Covid-19 response.

Whitehall is under mounting pressure to explain why, unlike countries including Taiwan, South Korea, Singapore and even the US, it did not have plans in place to slow the spread of a pandemic virus through early social distancing or so-called non-pharmaceutical interventions (NPIs).

In a preamble to the Cygnus report published last week on the DHSC website, officials frame the document in a way that deflects this criticism.

“The aim was to test systems to the extreme, to identify strengths and weaknesses in the UK’s response plans, which would then inform improvements in our resilience”, it says.

“Exercise Cygnus was not designed to consider other potential pandemics [beyond influenza], or to identify what action could be taken to prevent widespread transmission”.

The same defence was run up the pole last week by Lord Sedwill, the recently departed head of the civil service, in his first media interview since leaving Downing Street.

“If it had been a different pandemic by the way, the answer wouldn’t have been a lockdown”, he said.

This is not correct. The NPIs other countries had in place were explicitly designed to deal with influenza. Like the UK, they also saw flu as the most likely pandemic candidate – the whole world did.

As experts involved in putting those social distancing protocols in place recently told the Telegraph, the notion that influenza is unstoppable through social distancing is “colossally stupid” and “palpably false”.

It is also not the case that Exercise Cygnus only looked at the late stages of a pandemic.

Although the bulk Cygnus was run in week seven – the “treatment and escalation” phases of the simulated pandemic – it included an element codenamed Exercise Cygnet which covered week four which sits firmly in the “detection and assessment” timeframe.

The report reveals that Cygnet recommended a “whole system” approach to the distribution of PPE covering both NHS and social care staff. It also called on Public Health England to “define and communicate” who will receive PPE from the national stockpile in the event of a pandemic so others, including private businesses, could make their own arrangements to protect workers in advance.

But what Cygnet, like Cygnus, did not do is consider how a pandemic virus might be stopped, as happened in so much of southeast Asia.

Of all the mysteries surrounding Exercise Cygnus, this remains the biggest unanswered question.

Why did the simulation not try to slow the spread of the virus in week four when the tools existed to do so?

The same question will be asked of the government’s response to Covid-19.