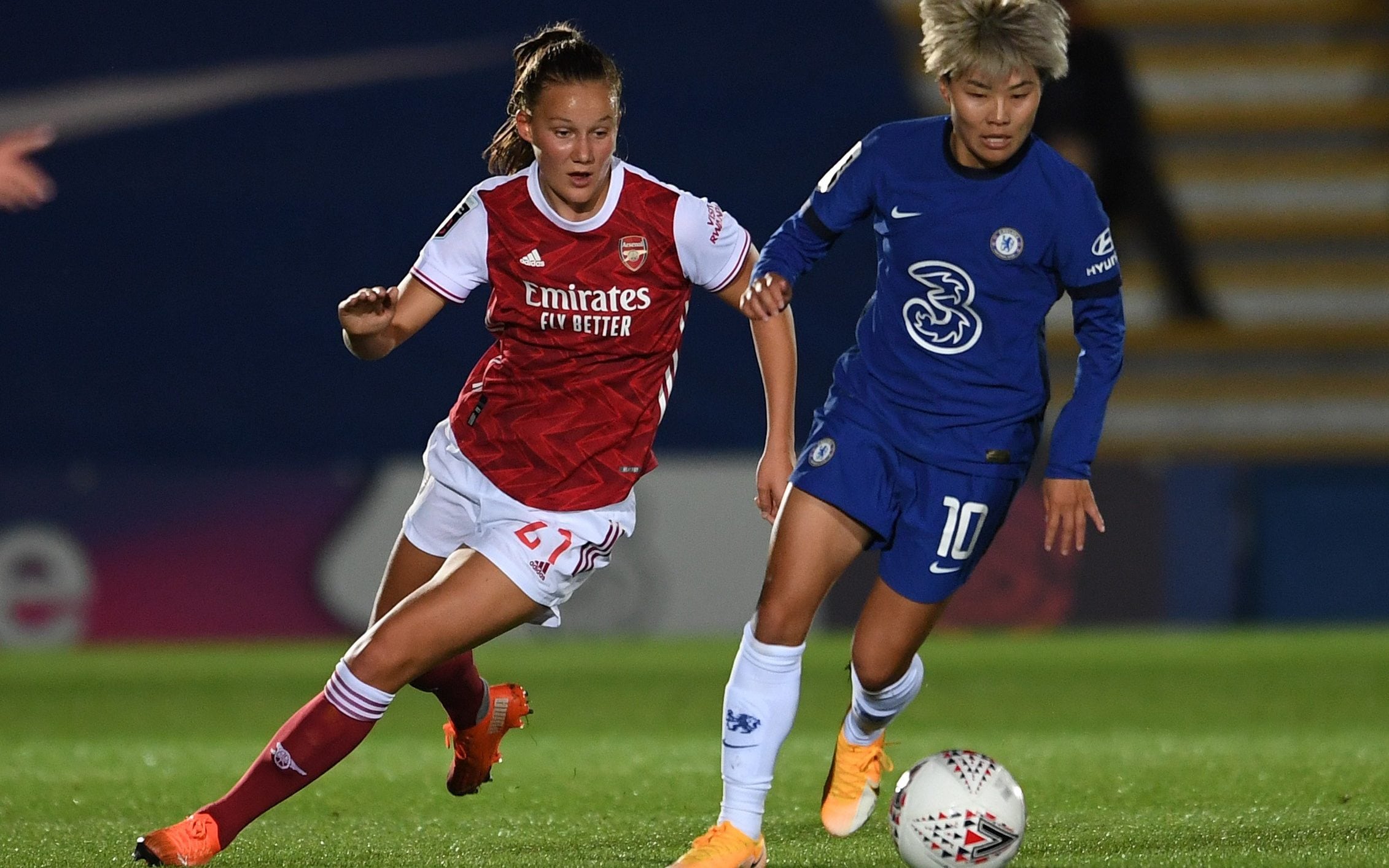 The Women’s Super League will stagger all its fixtures across the weekend for the first time next month, in an effort to attract the largest television audience possible.

Last season, Women’s Football Weekend saw more than 75,000 people attend matches with a record-breaking 38,262 fans at Tottenham Hotspur Stadium for the North London derby and a Merseyside derby at Anfield too.

Due to coronavirus restrictions though, all the headline matches this year will be behind closed doors, so the Football Association has targeted making the games as accessible as they have ever been on television instead.

There will be no kick-off clashes across the six matches played on the weekend of Nov 14 and 15 – which is also during the men’s international break – and all will be broadcast either on the BBC, BT Sport or the FA Player.

Manchester United playing host to local rivals Manchester City and a blockbuster clash of Arsenal against Chelsea will bookend the weekend on BT Sport, while the first WSL derby in the Midlands sees Aston Villa host Birmingham at Villa Park on the Saturday afternoon.

Everton at home to Reading will be broadcast on the BBC Red Button on Saturday, with Bristol City versus Tottenham and West Ham versus Brighton the other fixtures scheduled. Additionally, a number of Championship ties will also be available on the FA Player.

Kelly Simmons, the FA’s director of the Women’s Professional Game, said: “Women’s Football Weekend was a huge success last year and the images of big crowds in main stadia is a special memory.

“It is sad that we can’t welcome Barclays FA WSL and FA Women’s Championship fans into the stadiums this year, and for that reason we have focused the weekend on ensuring people can watch as many games as possible from the comfort of their own home. For those who follow a club at grassroots level, where fans are allowed, it is a great opportunity to show your support by attending in person. It’s sure to be another fascinating and exciting weekend.”