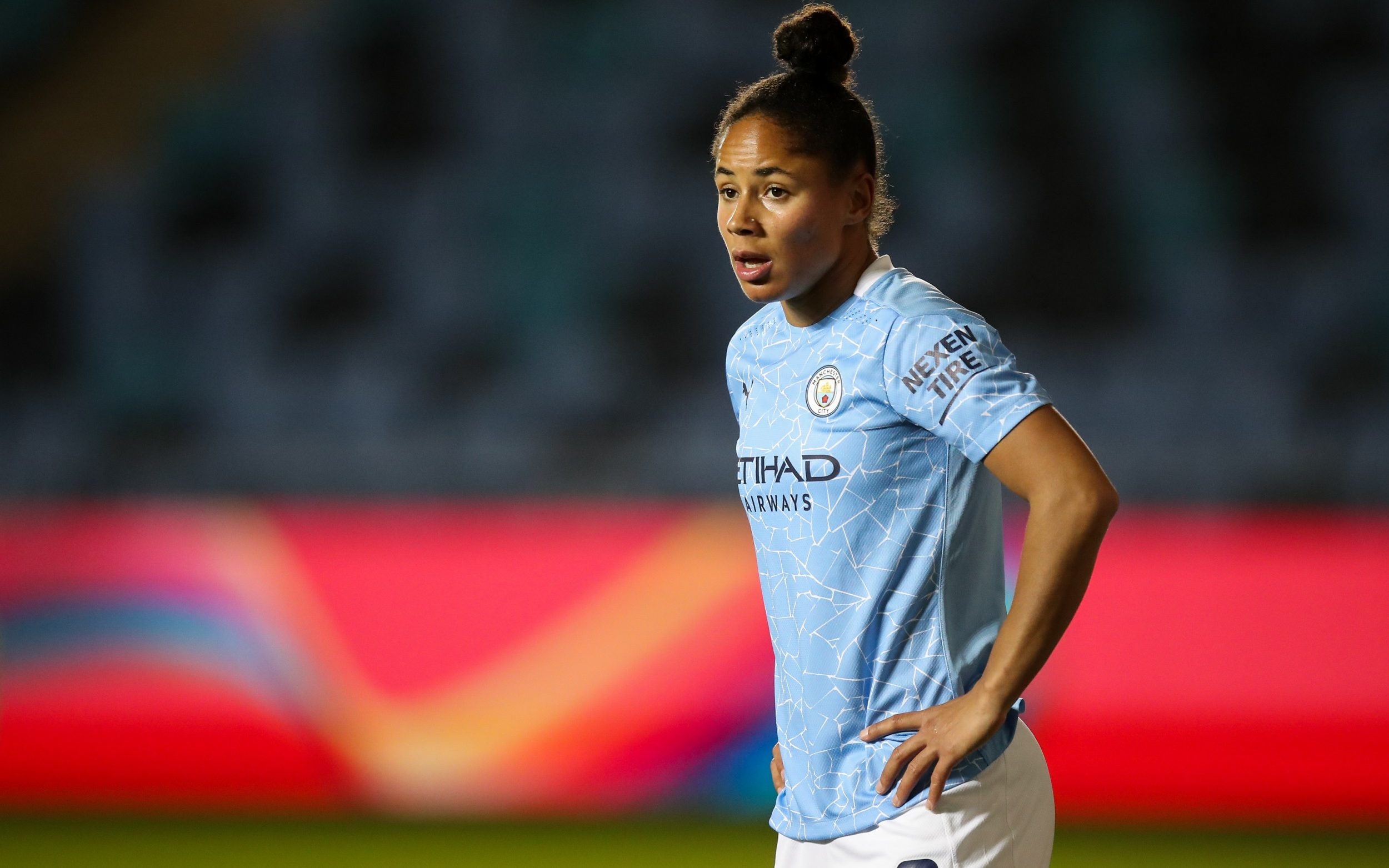 England defender Demi Stokes has spoken out about the importance of being an ally as she backs the Premier League’s ‘No Room For Racism’ initiative.

The league are urging fans to challenge and report racism, and it has also launched a host of primary school resources to encourage discussion on equality and discrimination in the classroom. The free teaching materials are available to more than 18,000 primary schools in England and Wales.

Manchester City’s Stokes is one of a number of players across men’s and women’s football who are promoting the campaign’s efforts and the importance of sparking conversations on race from a young age.

Aged eight and in her first football match, another player racially abused her so she knows firsthand the impact such experiences can have. Whatever age you are, she says, speaking about these issues is the first step to understanding “everyone has a responsibility to help”.

“For kids now it can be the factor of people quitting sport or carrying on,” Stokes said. “I’d say [if it happens to you] speak to your parents about it or if there’s a coach or even the person – just say, ‘What do you mean?’ ‘What’s going on?’

“I’ve spoken to my friends and said I know it’s probably uncomfortable for you guys because it is uncomfortable for me, and I’m black. If you don’t know, read books. If you’re curious, ask your black friends. But mostly, just ask even though you may feel a bit uncomfortable. It doesn’t have to be an interrogation. You might make mistakes, you might say the wrong thing, and that’s fine. I don’t get offended by that.”

The ‘No Room For Racism’ message will be visible at all Premier League matches until October 26 to promote equality, diversity and inclusion across all areas of football. After the Black Lives Matter movement had such a huge impact earlier this year, Stokes said it is essential that it is a lasting one.

“I’m 28 and it’s only probably now where I am going, actually, I need to speak about it. Just being black isn’t enough. I think it’s important that we keep challenging ourselves and doing our research and keep pushing for change – keep momentum rolling.

“We obviously did Blackout Tuesday [on social media] and a lot of people did that but it’s easy to just post – how can you keep the ball rolling? I think everyone has a responsibility to help.”

For more information on the new educational resources visit plprimarystars.com