Ivon Garcia, 26, grew up two exits from the U.S.-Mexico border in San Diego. Garcia was so steeped in Mexican-American culture and Spanish that Garcia “didn’t really conceptualize someone not knowing Spanish.”

At a young age, Garcia identified as nonbinary. But this got consistently swept under the rug by Garcia’s extended family, who was often hostile to anyone different.

“To me, Spanish and Mexican, Chicano, Xicano, Mexican-American culture has consisted of being a matter of ‘one or the other, otherwise not acknowledged,’” Garcia said. “There is so much unsaid, but still judged, because it simply doesn’t fit.”

It didn’t take long into Garcia’s teen years to realize that the pronoun “ella”—which means “her” or “she” in Spanish, did not describe Garcia.

“‘Ella’ communicated something to others that seemed so profoundly wrong,” Garcia said. “‘Ella’ was for my tías (aunts) and mother who I could resonate with but still felt a departure from. ‘Ella’ encompassed so much that I wasn’t, that I rejected it.”

So Garcia began to search for an alternative in Spanish, the way that “they/them” is used in English instead of “he/him” or “she/hers.” Garcia settled on “elle,” a still-emerging pronoun not used by many Spanish speakers.

As an alternative to “él” (he) and “ella” (she), Garcia says “elle,” which is pronounced EH’-jeh, gives them more agency in conversations with other Spanish speakers.

“‘Elle’ is a tool to me, a way to communicate something that I want, a way to test the waters and see if I can be me,” Garcia said.

Not mainstream—at least not yet

In recent years, activists and academics in the U.S. and Latin America have opened a dialogue about inclusivity in Spanish, a gender-defined language in which most nouns are assigned either a masculine -o ending or a feminine -a ending. The -e ending has become common as other gender-inclusive terms like “Latinx” and “Latine” grow in prominence.

As pronoun options for trans and nonbinary individuals become more recognized in the United States, linguists say a similar push can be seen in Spanish-speaking countries.

Mexican-American lexicographer and Amherst University professor Ilan Stavans told NBC Latino that he’s heard the “elle” pronoun used in progressive and academic spaces, but not so much in the mainstream yet.

“They resemble the efforts done in the United States to give that type of linguistic neutrality,” Stavans said. “They seem to me to be scattered.”

Stavans referred to a recent study by the Pew Research Center that concluded only 23 percent of Spanish-speakers in the U.S. have heard of “Latinx” and only 3 percent use the term to describe themselves. Stavans says he supports the move toward gender-inclusive language, but hasn’t seen evidence that it’s catching on on a large scale.

“The Spanish language is so gender specific,” he said. “There are 450 million speakers of Spanish throughout the Americas. It’s a very diverse and heterogeneous population.”

In her 16-student Spanish class, NYU associate professor Laura Torres-Rodriguez makes sure to give everyone the chance to share their pronouns. On the first day of school this semester, she asked everyone to put their pronouns in their screen-names — “él”, “ella”, or “elle”. Students in her advanced-level class told her it’s the first time a Spanish teacher has ever offered that to them.

“Teaching the use of the nonbinary pronoun in Spanish is I think crucial if you want all your students to feel safe and included,” she said. “I’m learning all the time and changing my teaching and speaking practices to better achieve this.”

Torres-Rodriguez says the problem of the “elle” pronoun catching on is more of a political one than a linguistic one, as with the -e ending, “you can easily have concordance between the noun and the adjective.”

“The use of the “elle” pronoun is to me an essential step in recognizing and including the experience of trans and nonbinary persons and to start exiting the gender binarism that generates so much social and political violence,” Torres-Rodriguez said.

Even for Garcia, the “elle” pronoun takes some getting used to for someone who has spoken and heard Spanish their whole life.

“Even to me, elle/elles is new, is a bit off-tune when spoken, and a splash of curiosity when heard,” Garcia said. “It’s a work in progress where I’m learning how Spanish, how my culture, how my identity, how my family will receive me, all of me, all the different aspects that encompass me.” 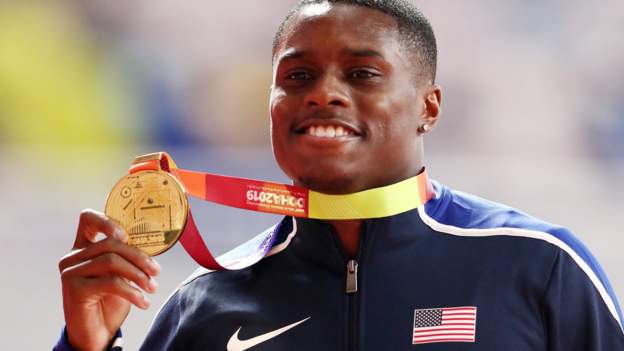