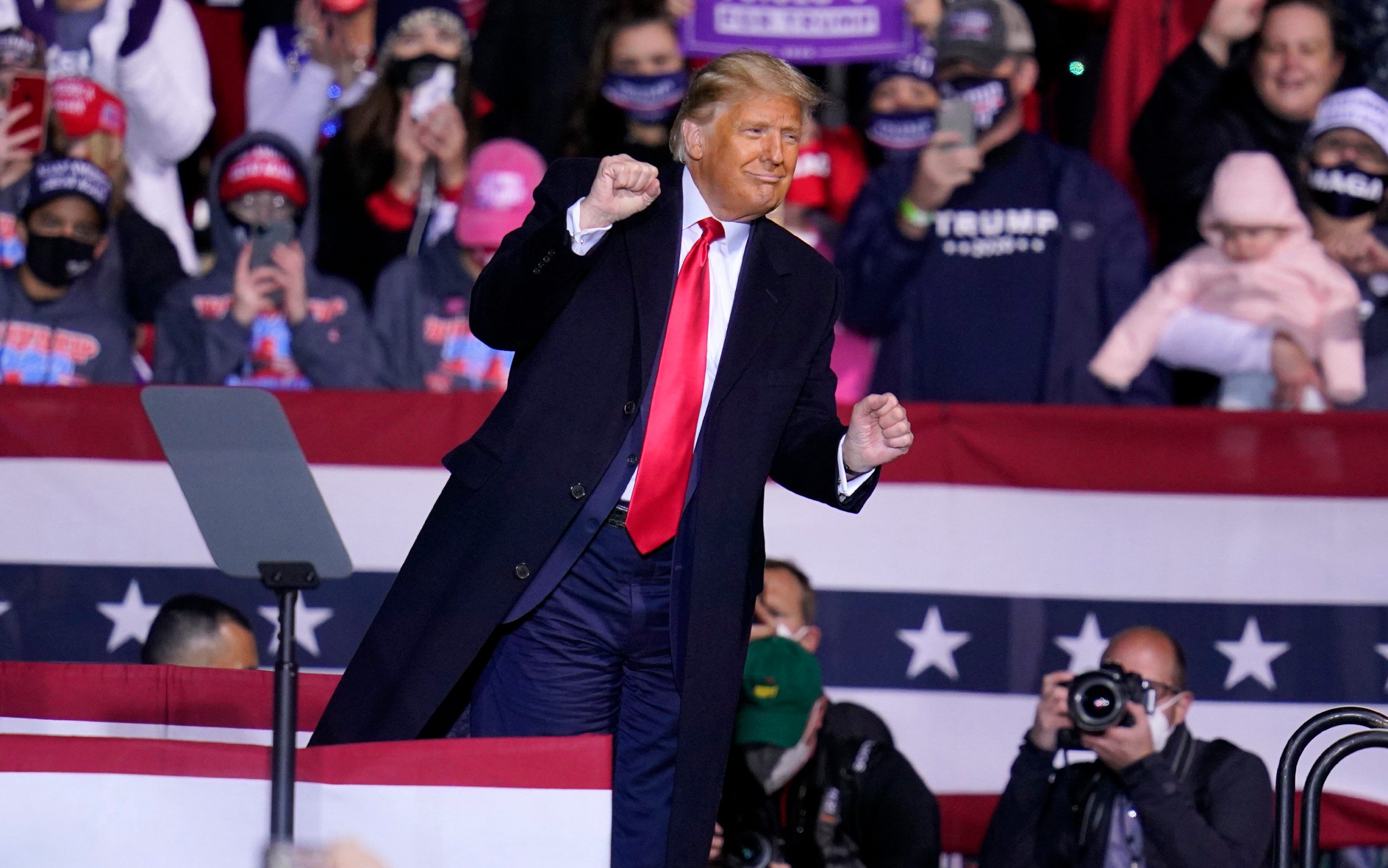 Reprising the outsider image that he built for his surprise 2016 victory, billionaire developer Mr Trump told the crowd that he was combating a “selfish and corrupt political class” in Washington.

But even as he delighted the crowd with his greatest rhetorical hits, Mr Trump once more showed that despite his poor poll showing he has no intention of trying to reach across to Democrats in a deeply divided nation.

“This will end up being a large-scale version of Venezuela if they get in,” he said, painting a nightmarish anti-immigrant vision of a country where Democrats give free hospital care to “illegal aliens” while “decimating Medicare and destroying your Social Security.”

The coronavirus, which has claimed more than 215,000 lives in the US, was largely an afterthought, even if Mr Trump himself was hospitalised for three nights after testing positive at the start of October.

“We’re going to crush the virus very quickly. It’s happening already,” Mr Trump said, despite a swathe of the US now reporting large increases in infections.

“Soon it’s going to be perfecto,” he said.

Hours earlier, Mr Biden was in Florida holding one of the much smaller events typical of his low-key campaign, zooming in on Mr Trump’s handling of the pandemic.