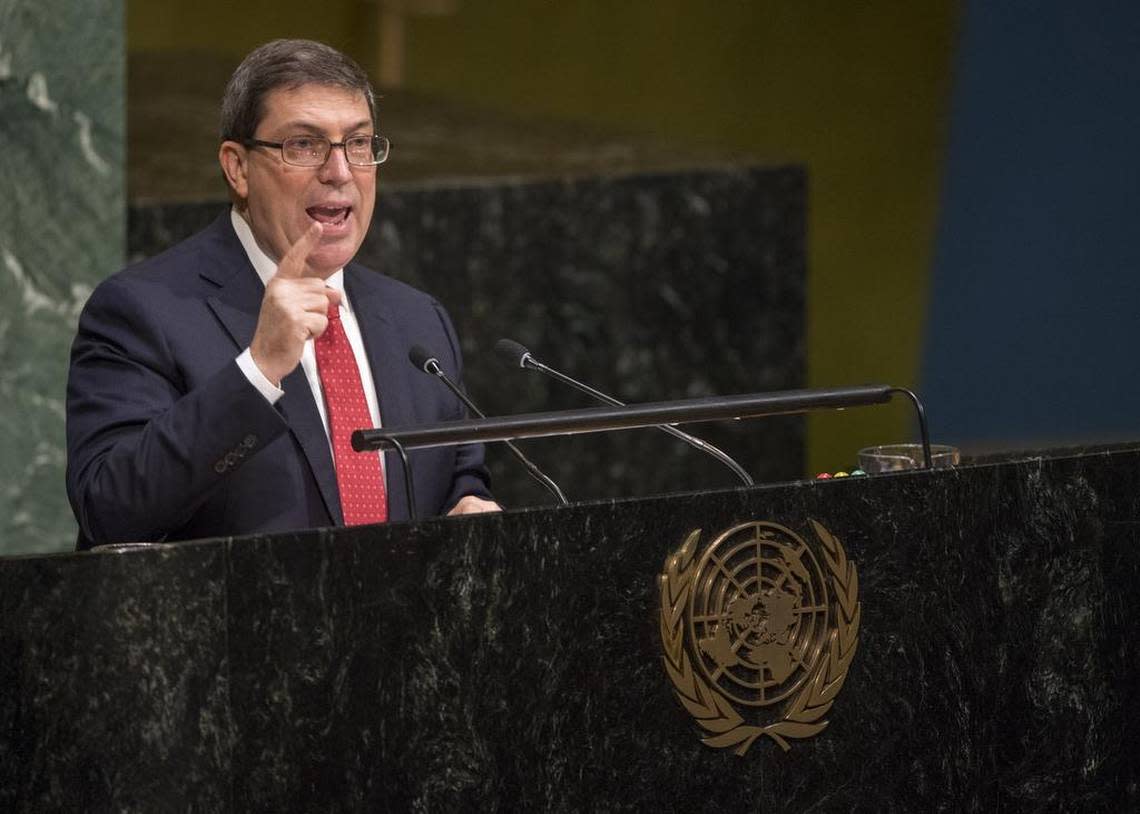 The United Nations General Assembly elected Cuba on Tuesday as a member of the Human Rights Council despite protests by activists and civil society organizations that have denounced multiple human-rights violations committed by the Cuban regime.

In its candidacy statement, Cuba promised to promote “cultural rights” and highlighted its political system’s “participatory and democratic character”. But in the past two years, the one-party government headed by Miguel Díaz-Canel has intensified repression against dissidents and members of Cuban civil society and has passed several laws to criminalize freedom of expression.

The only legally recognized party in the country is the Communist Party, and dissidents are fined, frequently arrested or imprisoned. The authorities also prevent them from leaving the country.

On Saturday, the Cuban government arbitrarily detained artists, independent journalists and activists who advocated for greater freedom of expression on the island. A video posted on social media shows government sympathizers harassing the award-winning Cuban artist Tania Bruguera, and calling her “bitch” and “mercenary.”

Experts and activists believe the election to the Human Rights Council of Cuba and other countries accused of violating their citizens’ rights, such as Russia and China, further diminishes the UN body’s credibility. Although the Assembly could simply not vote for these countries, the nomination system by regions and of only a single candidate per seat in practice makes these elections a mere formality. According to Human Rights Watch, the secret vote also hides the traffic of favors among nations.

Candidates need a majority of 97 votes to get elected.

“The existence of a candidacy without competition of the Cuban dictatorship it is not only an outrage against the Cuban people but also a shame on the governments that sit in the United Nations,” said Cuban activist Rosa María Payá at an event organized by Human Rights Watch last week. The activist has advocated before the United Nations for an independent investigation into her father’s death, the dissident Oswaldo Payá.

“Solidarity is crucial now because Cuba is in crisis,” said Payá. “Families are experiencing a deep humanitarian crisis and political repression, a crisis caused by the existence of a corrupt and criminal regime and aggravated by COVID-19.”

Despite stating that it has cooperated on human rights, the island’s government has rejected the visit of multiple UN experts. Cuban representatives have voted against resolutions in support of victims in Iran, Syria, North Korea and Belarus. And Cuba is the main regional ally of Nicolás Maduro, whom an independent commission by the Human Rights Council found personally responsible for having committed “crimes against humanity” in Venezuela.

Venezuela is also a member of the Council.

This is a developing story. It will be updated.