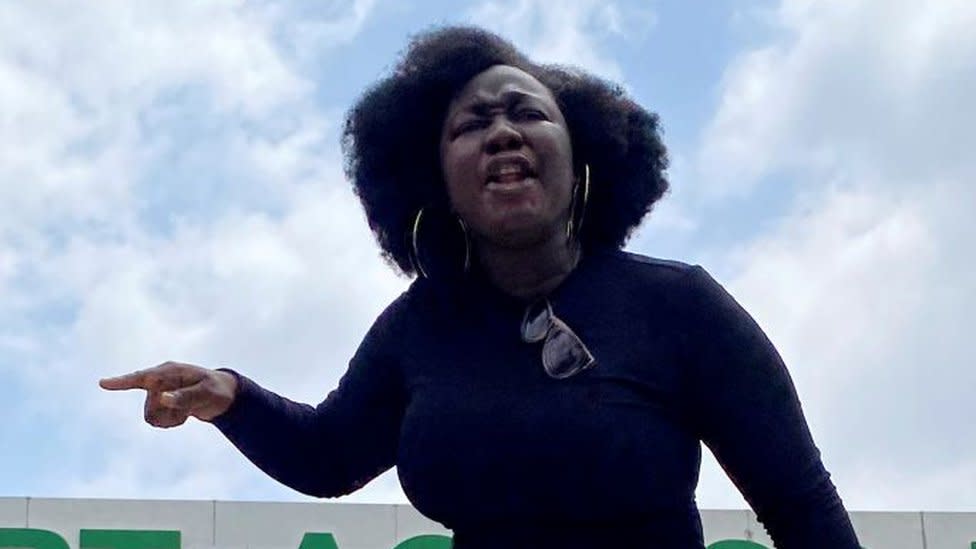 Widespread protests over Nigeria’s hated Special Anti-Robbery Squad (Sars) are a sign that the country’s massive young population is finding its voice and demanding reforms in Africa’s most populous country, which has been characterised by poor governance since its independence 60 years ago.

Despite forcing the president to disband the unit, they are not satisfied as they want total police reforms and for officers in the rogue department to face justice.

But it goes beyond this because the wave of protests has given a platform to a section of the country’s young population who are deeply dissatisfied.

On the streets, those marching are mostly comfortably-off young people, some with dyed hair, pierced noses and tattooed bodies.

It is the sort of gathering that security personnel are quick to label criminals, but in truth, these are largely hard-working young people who have mostly had to fend for themselves without support from the state.

The majority of them are between 18 and 24 years old, have never experienced steady electricity in their lifetime, did not enjoy free education in the country and had their years at university punctuated and elongated by lecturers going on strike.

“What have I benefited from this country since I was born?” asked Victoria Pang, a 22-year-old graduate, who was at one of the protests in the capital, Abuja – and one of the many women who have been at the forefront of the demonstrations.

“Our parents say there was a time when things were good, but we have never experienced it,” she said.

Why was Sars so hated?

Police officers in Nigeria generally have a reputation for corruption, brutality and little regard for human rights, but people here have especially strong feelings against Sars, which has developed a notoriety for unduly profiling young people.

A report in June by Amnesty International said it documented at least 82 cases of torture, ill-treatment and extra-judicial execution by Sars between January 2017 and May 2020.

“The Nigerian authorities have failed to prosecute a single officer despite anti-torture legislation passed in 2017 and evidence that its members continue to use torture and other ill-treatment to execute, punish and extract information from suspects,” the group said.

Those considered “flashy” or well-to-do – anything from having a nice car to a laptop or those with tattoos or dreadlocks – attracted the attention of Sars officers.

The profiling of young Nigerians runs deep in society.

Young people who are well-off and whose lifestyle does not conform to the norms in this conservative country are often labelled “Yahoo-Boys” – a slang term for internet scammers.

This is especially true of those who work with laptops, while there are accounts of neighbours who have called security officials on young people who work from home.

“My estate once called police officers to come pick me up because I was always at home and turning the generator on and living well,” Bright Echefu, a 22-year-old website developer, who joined the protest in Abuja, told the BBC.

For a long time, tattoos, dreadlocks and piercings or choosing non-conventional career paths have been associated with irresponsibility in some families, religious organisations, communities and even schools.

“How does having a tattoo on my arm make me a criminal?” asked Joy Ulo, an undergraduate at a protest.

And some of it has come from the top.

President Muhammadu Buhari, aged 77, who in the past described Nigerian youths as “lazy” to an international audience, recently advised those whose economic livelihoods had been wiped out by the coronavirus lockdown to go into farming, as they are able bodied.

Although there is some level of organisation, the people who appear to be co-ordinating action on social media do not want to be identified as leaders.

They have been able to pull together everything from water, food and banners to arranging bail for those arrested.

Money has been raised through crowd sourcing – some of the donations have come from abroad, most from Nigerian IT firms, whose staff are easy targets of profiling by security personnel.

The unofficial coordinators have refused to select leaders for the movement, saying they do not want anyone negotiating with the government behind their backs, a not-so-subtle jab at the country’s labour unions, who have a reputation for calling off planned strikes after meeting government officials.

But in truth, most of the success of the protests has been down to celebrities and social media influencers – the new-age stars made by Instagram, Snapchat and Twitter.

The demonstrations on the streets gathered momentum last Wednesday and were further boosted on Thursday after musicians Runtown and Falz stepped in.

But the real energy was injected later that day when a woman named Rinu galvanised other protesters to spend the night outside government house in Lagos.

With celebrities adding their voice to the #EndSARS hashtag, it jumped to the top global trend on Twitter and drew international support from UK-based footballers like Mesut Ozil and Marcus Rashford, musicians and actors.

Nigeria’s global superstars, Wizkid and Davido, who are also part of this generation of protesters, have been physically present in London and Abuja – where the latter’s presence stopped police officers from shooting at protesters.

The protesters have also chased away traditional media reporters at protest venues, accusing them of censoring news about the #EndSARS campaign and giving a different narrative to those who are not online.

“This is an anti-establishment struggle,” Mr Echefu said.

“You are either for us or against us, no middle ground,” he said.

Many of the protesters say they ignored warnings from their parents and employers not to join in the protests.

Let it be clear that we are not just taking this stance against SARS, we are making a statement against bad governance.

WE DID NOT INHERIT THE SILENCE OF OUR PARENTS!!! #EndSARS

There are those who feel that this is the beginning of something special in Nigeria in the month that the country marked the 60th anniversary of its independence.

More than 60% of Nigeria’s population are less than 24 years old, according to UN population figures.

But this group has long been accused of having time for frivolities – reality TV, football and social media – rather than paying attention to governance.

It is a line that many of them have heard repeatedly from the older generation but having forced the president to disband Sars and appear on live TV to announce it, young Nigerians would have now realised the power they have.

“My people, I want this message to go out to every Nigerian youth. Your voice has been heard,” said Wizkid at Sunday’s protest in London.

“Don’t let anyone tell you you don’t have a voice. You all have a voice! And don’t be scared to speak up.