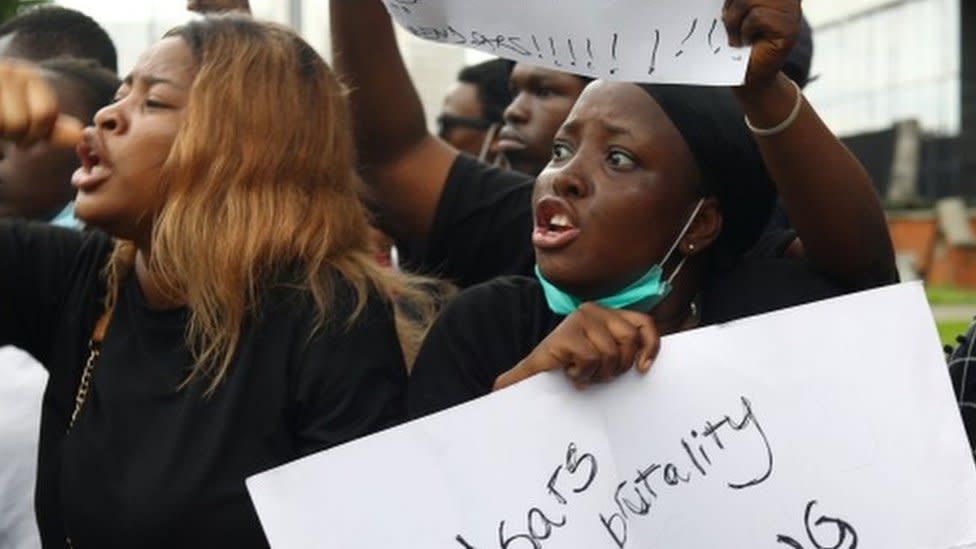 Campaigners in Nigeria have responded with scepticism to the announcement that a police unit, widely accused of brutality, has been disbanded.

Demonstrators had called for the Special Anti-Robbery Squad, or Sars, to be broken up.

But they are unhappy that its officers are being redeployed to other units rather than being disciplined.

Protests against Sars spread to Europe and Canada after reports of unlawful arrests, torture and shootings.

Demonstrations have entered their fourth day with protesters barricading a major road in the commercial hub of Lagos, and others gathering close to the city’s main airport.

In a statement, Nigeria’s police chief Mohammed Adamu said allegations of abuse would be investigated by a committee including civil society members.

Yet many are concerned at suspected wrongdoers continuing to serve in the force in the meantime, and it is unclear whether any officers will be prosecuted for past abuses.

Sceptics also point to the fact this is the fourth time in as many years that promises have been made to disband or reform Sars.

After Sunday’s announcement that the police unit would be disbanded, there were reports of officers continuing to use tear gas, water cannon and live rounds against protesters in the capital, Abuja, and the south-western state of Oyo, fuelling concerns that people in Sars had not been pulled from duty.

It was not until musician Davido joined protests in Abuja that the police stopped arresting demonstrators.

The BBC’s Ishaq Khalid in the capital says there are also fears that if thousands of Sars officers are dismissed at once they could pose a security threat.

Activists also say that the abuses carried out during the protests – including beatings, intimidation and the disproportionate use of force against demonstrators – were all carried out by policemen who did not belong to Sars.

They say a total overhaul of policing in Nigeria is needed.

What do the protesters want?

#EndSARS campaigners have circulated a list of five key demands to bring about reform. These are:

How did Sars operate?

The latest round of protests were prompted by footage of officers pulling two men out of a hotel in Lagos into the street and shooting one of them.

The footage, leaked to the media, provoked outrage and led many to share stories of brutality attributed to the unit, which has developed notoriety for unduly profiling young people, the BBC’s Nduka Orjinmo in Abuja says.

Those considered “flashy” often attract the Sars officers’ attention and very few walk away without having to hand over money, while others are arrested or jailed on trumped-up charges and some have been killed, our correspondent adds.

Earlier this year rights group Amnesty said it had documented at least 82 cases of torture, ill treatment and extra-judicial execution between January 2017 and May this year.

The victims were mainly men aged between 18 and 35 from poor backgrounds and vulnerable groups. Many of those tortured were beaten with sticks and machetes and denied medical attention, the group said.

The “systemic use of torture… points to an absolute disregard for international human rights laws and standards”, Amnesty said.

The #EndSARS hashtag was first thought to have been used in 2018, but it emerged once again a week ago.

There have been earlier attempts to reform the notorious squad:

Yet it appears the unit continued to exist after each of these announcements, reports the BBC’s Mayeni Jones in Lagos.

The lack of concrete change over the years has made activists weary, our correspondent adds, and they have vowed to continue protesting until their demands are met. 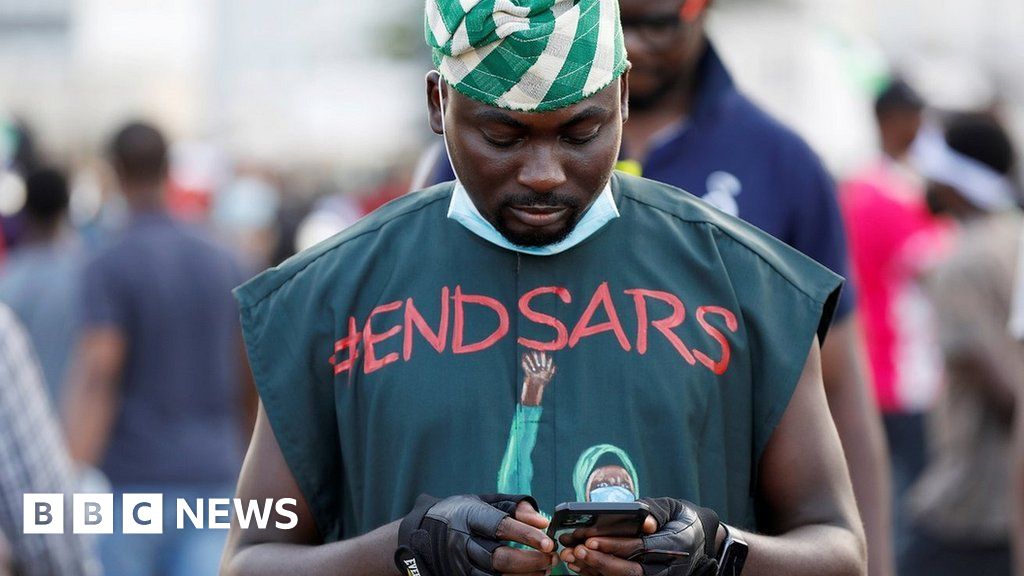