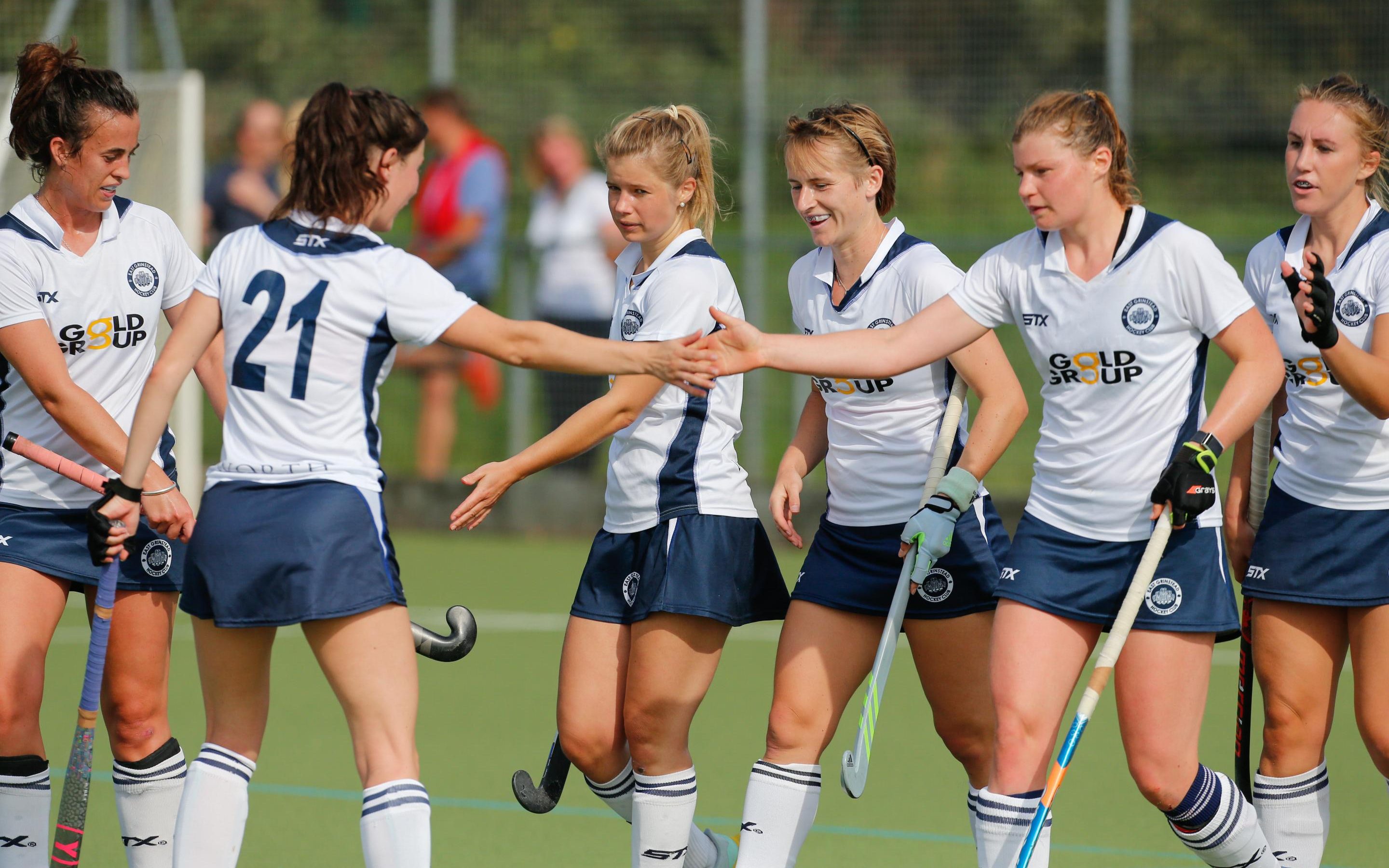 Six years on and East Grinstead are co-leading the Women’s Premier Division for the second time this season – not since they were promoted in 2015 have they enjoyed such luxuries – after they scored a first ever win at Surbiton, the champions conceding their first goal of the season in only their second home defeat in two years.

Victory was never a certainty, despite Surbiton missing seasoned GB internationals Giselle Ansley, Emily Defroand and Hannah Martin. The West Sussex side, who had enjoyed the better first half, then had to be stout in defence as Surbiton’s long ball tactic caused several problems. However, East Grinstead were indebted to Hannah Cozens’ close-range finish as they kept their 19-game unbeaten run intact.

Lee, a former East Grinstead player, seemed to relish the tight battle. “It could have gone either way and it looked like it may end up 0-0 which would have been a fair reflection,” said their new coach. “If either team had nicked it they would have said they deserved it as both put so much hard work and quality into the game. Sophie Bray and Laura Unsworth had exceptional days and they showed why they are renowned as great players. It was a real pleasure to be involved in and to watch.”

Lee, who also works as a coaching consultant across football, left women’s hockey after England spiralled to an 11th-place finish at the 2014 World Cup. “Within months I was working in professional football, and what happened to me happens to them on a monthly basis,” he said. “I had a good run, a senior national coach without a break for 12 years, and in many ways it was a chance to refresh. I do reflect that I probably know more now that would have helped me back then.”

Lee has since noticed a dynamic shift in the women’s game. He said: “Every time a new player group comes through, they come with different skills, abilities and attitudes and they have had a big impact on how hockey is played in this country. The previous generations have been exemplary but the current crop have their own personalities. The ball is in the air, [close] 3D skills are much more than they used to be and to adjust how they want to play is what I have to learn.”

Mary Booth, East Grinstead’s co-coach, said: “Bringing Jason in has given us a little bit more gravitas as a club and it’s paying dividends.”

With penalty corner goals accounting for 25 of the 57 goals scored in the Premier Division this season, composure is always key with more players in the circle. Welsh international Hannah Cozens had this in abundance as East Grinstead went equal top with Loughborough Students. Injecting a 56th-minute corner, the geography teacher mapped out a shot to goal courtesy of a rebound opportunity. Such was the euphoria, they also just managed to hold themselves back from pre-Covid hugs. “When the ball falls to Hannah in the circle she’s calm and will take that extra half a second to make sure she’s balanced so the ball goes in,” said forward Sophie Bray.

East Grinstead head to London again this weekend when they take on Hampstead & Westminster at Lee Valley. Approaching the halfway stage of the first phase of the season, the Sussex outfit are already in decent shape to make the cut as one of the top six teams. “Yes, we have some exceptional players but we come together as one team,” said Cozens.