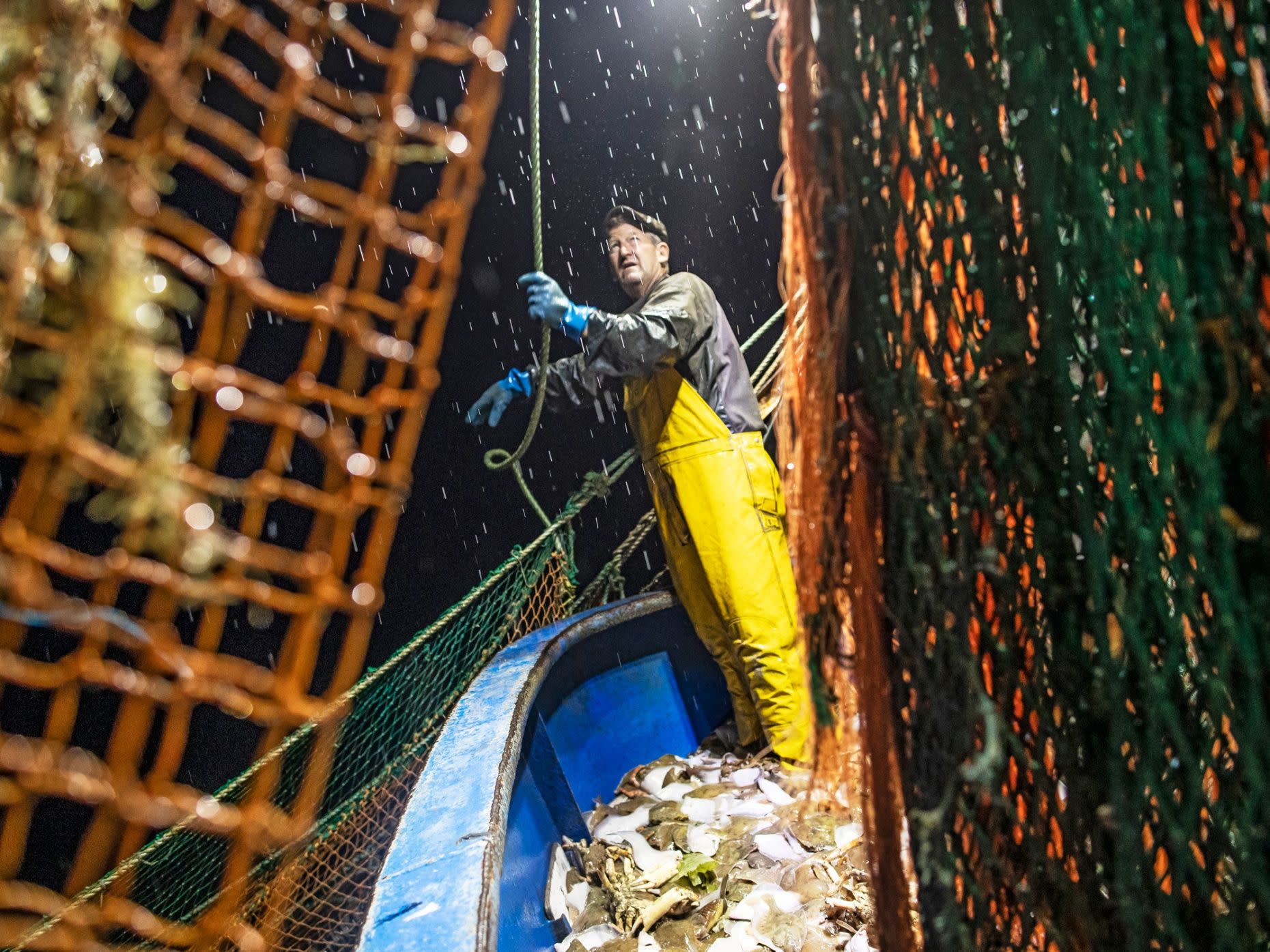 The 42-year-old president is sticking to his guns on the contentious issue of post-Brexit fishing rights, much to the distress of European Union partners keen to identify concessions as time runs out for a breakthrough, according to my Bloomberg News colleagues.

France wants to preserve the status quo for its fishing fleets, some of which rely on British waters for 75% of their catch. The U.K., sensing an advantage, is offering renegotiated, time-limited rights instead. The Macron administration insists this is “unacceptable,” and says that letting the talks fail — while an undesirable outcome — would be better than making unreasonable concessions.

If reaching a trade deal were purely a matter of economic logic, the newspaper pages dedicated to this fight would have been discarded as fish wrapping long ago. At 650 million euros ($768 million), the value of the EU’s fish caught in British waters is a drop in an ocean of trillions of euros in annual bilateral trade. And for all the European reliance on the bounty of the North Sea, the U.K. also depends on the EU single market as a destination for 75% of its fish exports. The benefits of a quid pro quo deal on fishing quotas in return for market access — in financial services, for example — looks like such a no-brainer that it has its own Wikipedia entry.

But this is about more than the price of sole. Emotion and politics are at play here. The prospect of “taking back control” of a 200-mile aquatic zone speaks to Brexiters who want to settle a bunch of scores in the open sea, from competition with rival fleets to the decline of Britain’s coastal towns. And it chimes with the U.K.’s narrow reading of sovereignty as the ability to roll back restrictions on freedom of action, regardless of the cost, as seen in its draft law that breezily breaks the terms of last year’s Brexit deal.

For Macron, the stakes are high too. Giving up control over where French fleets can go means potentially driving them into unprofitable and crowded waters alongside boats from the Netherlands, Belgium and elsewhere. Politically, it would mean enduring a symbolic trade defeat for blue-collar communities in the year of Covid-19, with the Gilets Jaunes protests still fresh in French minds. And it would make a mockery of France’s own vision of sovereignty: Projecting power via a less British, less liberal, more dirigiste EU.

The more allies like Germany nudge France to compromise for the sake of a deal, the more Macron will dig in to take a willfully disruptive — and potentially lonely — stance. Much like his defense of maritime borders in the face of saber-rattling from Turkey’s Recep Tayyip Erdogan, or his dismissal of NATO as “brain-dead,” Macron sees Brexit as an opportunity for foreign-policy grandeur. France often finds itself in the role of “stinging” Germany into action, according to Thomas Gomart of French think tank Ifri.

The British no doubt hope to exploit divides between France and Germany. It wouldn’t be the first time Angela Merkel has kept Macron in check. But the European Parliament, whose consent is needed to ratify any deal, is keeping close watch. The chair of its fisheries committee, Pierre Karleskind, tells me he opposes further concessions in the face of the U.K.’s threat to “maritime sovereignty.”

Irish Foreign Minister Simon Coveney said last week that in the end it might be the Brits who have to compromise. They still face a lot of distrust over state-aid policies and law breaches. Even if Macron often stands alone in speaking the discourse of power, the bloc’s 27 members are broadly on the same page, according to Christian Lequesne, a professor at Sciences Po.

Nobody, not even Macron, is pushing for “no-deal.” But then again, such an outcome isn’t spoken about in Brussels with the same fear as in 2019. If it’s at risk of happening at all, the strange Brexit mix of sovereignty and seafood is very much to blame.

This column does not necessarily reflect the opinion of the editorial board or Bloomberg LP and its owners.

Lionel Laurent is a Bloomberg Opinion columnist covering the European Union and France. He worked previously at Reuters and Forbes.

For more articles like this, please visit us at bloomberg.com/opinion

Subscribe now to stay ahead with the most trusted business news source.