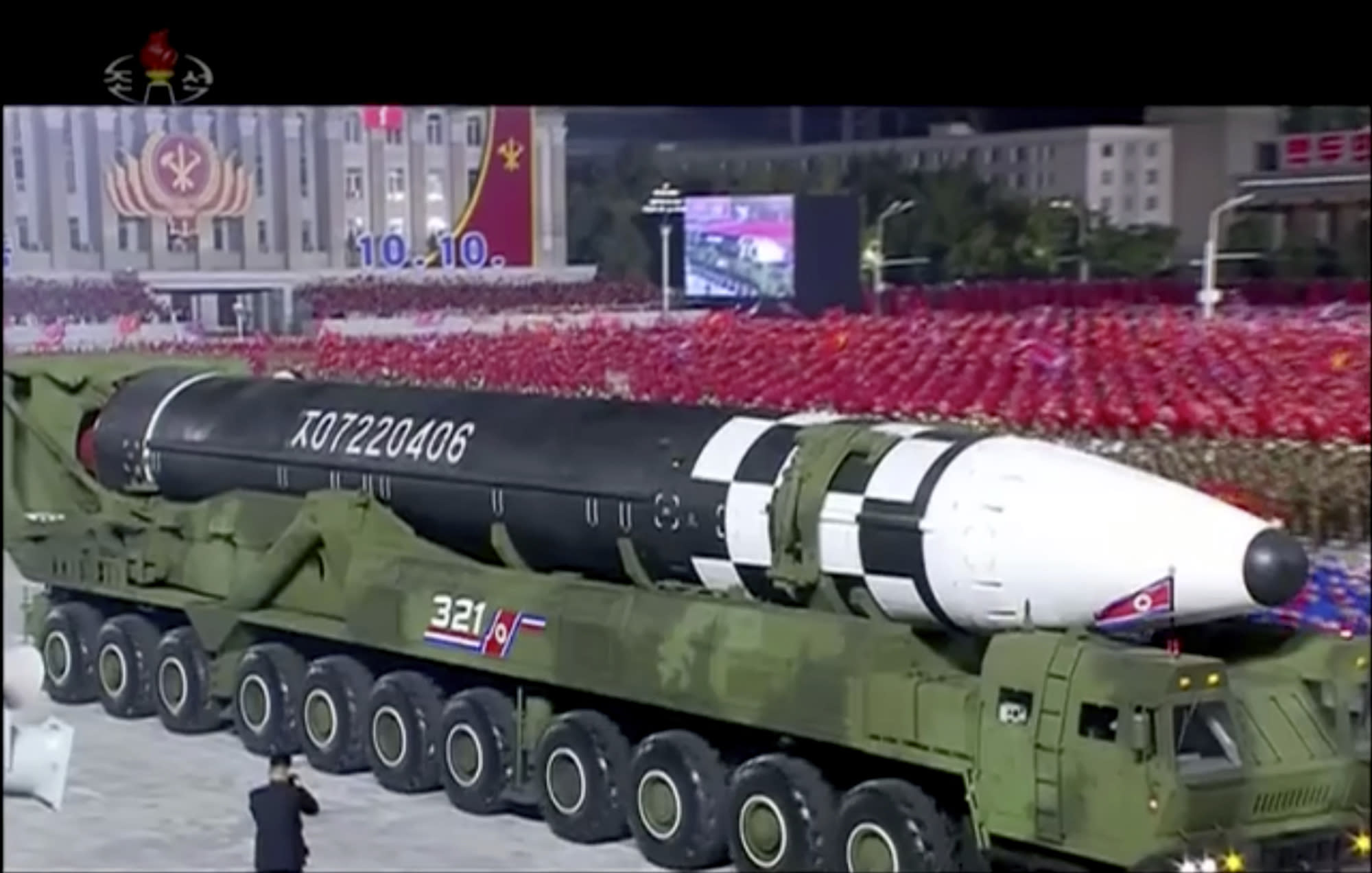 TOKYO (AP) — Japan vowed Monday to bolster its missile deterrence capability to respond to threats by North Korean weapons that are becoming “more diverse and complex,” as displayed during Pyongyang’s military parade over the weekend.

North Korea, marking the 75th anniversary of its ruling party on Saturday, paraded a variety of weapons systems, unveiling what appeared to be an intercontinental ballistic missile that is larger than any of the North’s known ICBMs. It also displayed what was likely an upgraded version of a missile that can be fired from submarines.

While some experts say the weapons could have been mock-ups of missiles under development, the exhibits appear to signify North Korea’s continuous upgrading of its weapons capabilities during stalled nuclear diplomacy with the U.S.

“In order to respond to threats that are diversifying and complex, we will firmly work to strengthen our comprehensive missile deterrence capability,” Chief Cabinet Secretary Katsunobu Kato told a regular news conference Monday. “We understand that some of those missiles are said to make it difficult for us to respond with our conventional equipment.”

Kato declined to give details on Japan’s analysis of the missiles displayed by North Korea. He said only that Japan would continue to cooperate with the U.S. and other concerned countries to protect the Japanese people.

Under the nearly eight-year tenure of hawkish former Prime Minister Shinzo Abe, Japan expanded its military’s international role under the Japan-U.S. alliance, amid growing threats from North Korea and China.

Tokyo has repeatedly called the two countries threats to its regional security, and is currently studying a major change to its missile deterrence policy that would include the possibility of developing a first-strike capability on enemy bases to defend against imminent attacks.

Abe’s successor, Yoshihide Suga, and his government are expected to compile a new missile plan later this year.