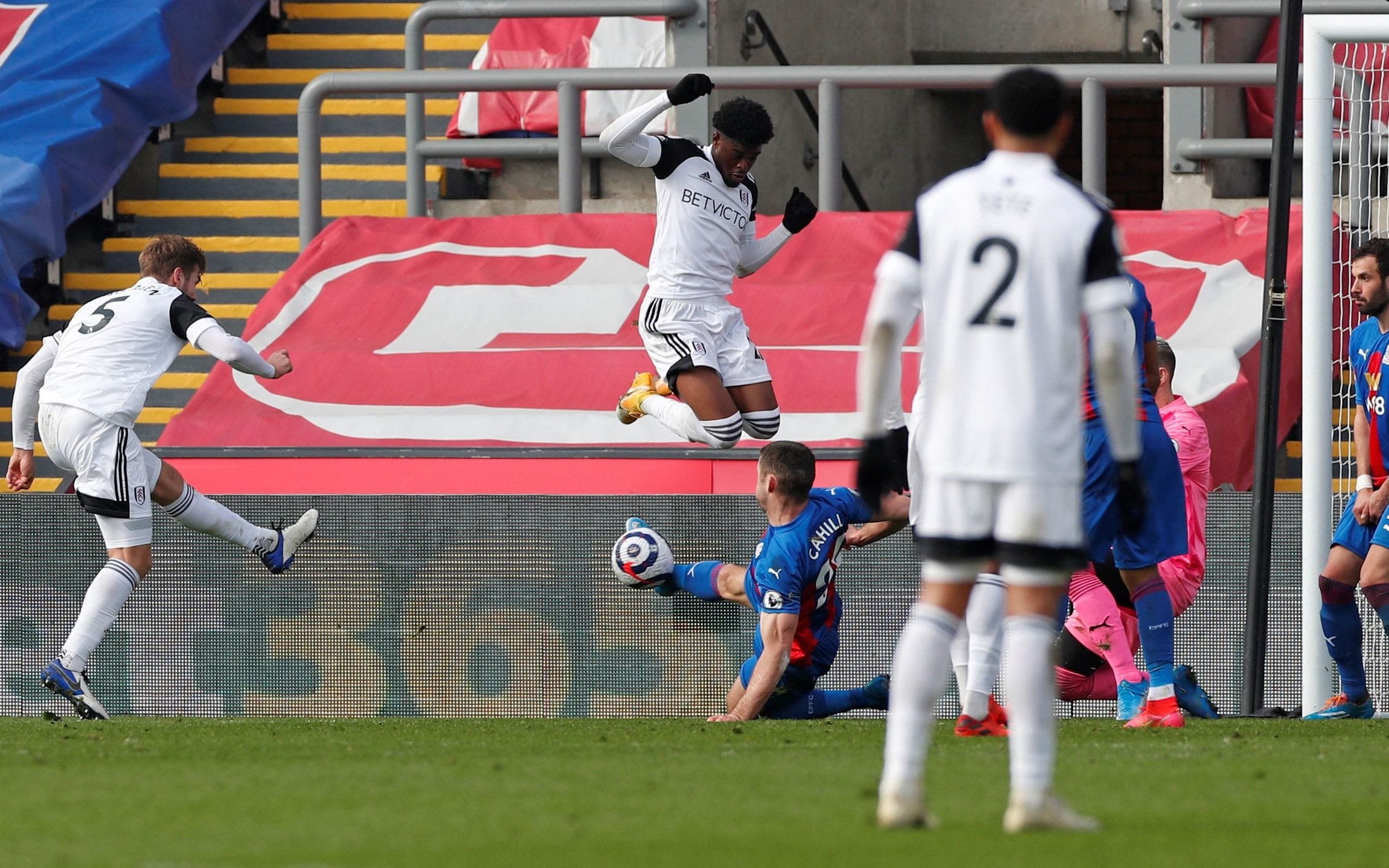 With Roy Hodgson content to steadily edge Crystal Palace towards Premier League safety, this point earned will be treated as another feather in their placid manager’s cap on his 150th game at the helm. For their fans it is a rather different story.

This was the second successive game Palace have been totally outplayed and the four points they have to show for it will do little to placate their disgruntled supporters after watching their unimaginative side somehow keep a Fulham second-half onslaught at bay. Does continued Premier League survival – which Hodgson looks likely to deliver again – override all semblance of ambition?

For Fulham, this point deserved to be more, yet it will only serve as further proof that Scott Parker is capable of keeping his side in the top flight after extending their unbeaten run to five matches.

The visitors will count themselves unlucky not to have taken all three points with Josh Maja twice going close after the hour-mark and Ruben Loftus-Cheek hammering a sweet half-volley inches wide minutes later. There was to be no winning goal, but Fulham are now just three points behind Newcastle United in 17th position.

The relative excitement of Fulham’s second-half barrage had appeared fanciful in an awful first half that had produced a total of just three efforts, all of which were off target and some way from asking a question of either goalkeeper.

There was no shortage of urgency from a Fulham side that has regularly paid the price for profligacy in front of goal this season, but their main issue here was even producing a chance from which they could be wasteful.

More than half an hour had passed before they earned a sight of the Palace goal and even then their only first-half efforts came from the head of captain Joachim Andersen, both of which drifted harmlessly wide.

Hodgson had made no apologies for the manner of his side’s unlikely victory at Brighton – where they had just two shots – earlier in the week and he will have been quite happy to go in goalless at half-time having soaked up pressure and kept chances at a premium. With his contract up at the end of the season there is only so much of this lack of ambition their fans will be able to stomach.

The second half saw Bobby Decordova-Reid and Ademola Lookman take up increasingly wide positions as Parker looked to turn endeavour into something resembling end product and it came so close to having the desired effect.

Maja had Vicente Guaita scrambling to his right as his curled effort slipped just wide of the post, before Palace had their goalkeeper to thank for a stunning save at full stretch to keep out Maja’s point-blank header moments later.

Fulham, the only side showing any attacking aspirations, continued to dominate – Lookman and Maja both volleying wide in the final few minutes – but were unable to find the winner. A point arguably helps Crystal Palace more than the visitors, but it is Fulham’s fans feeling more hopeful after this.