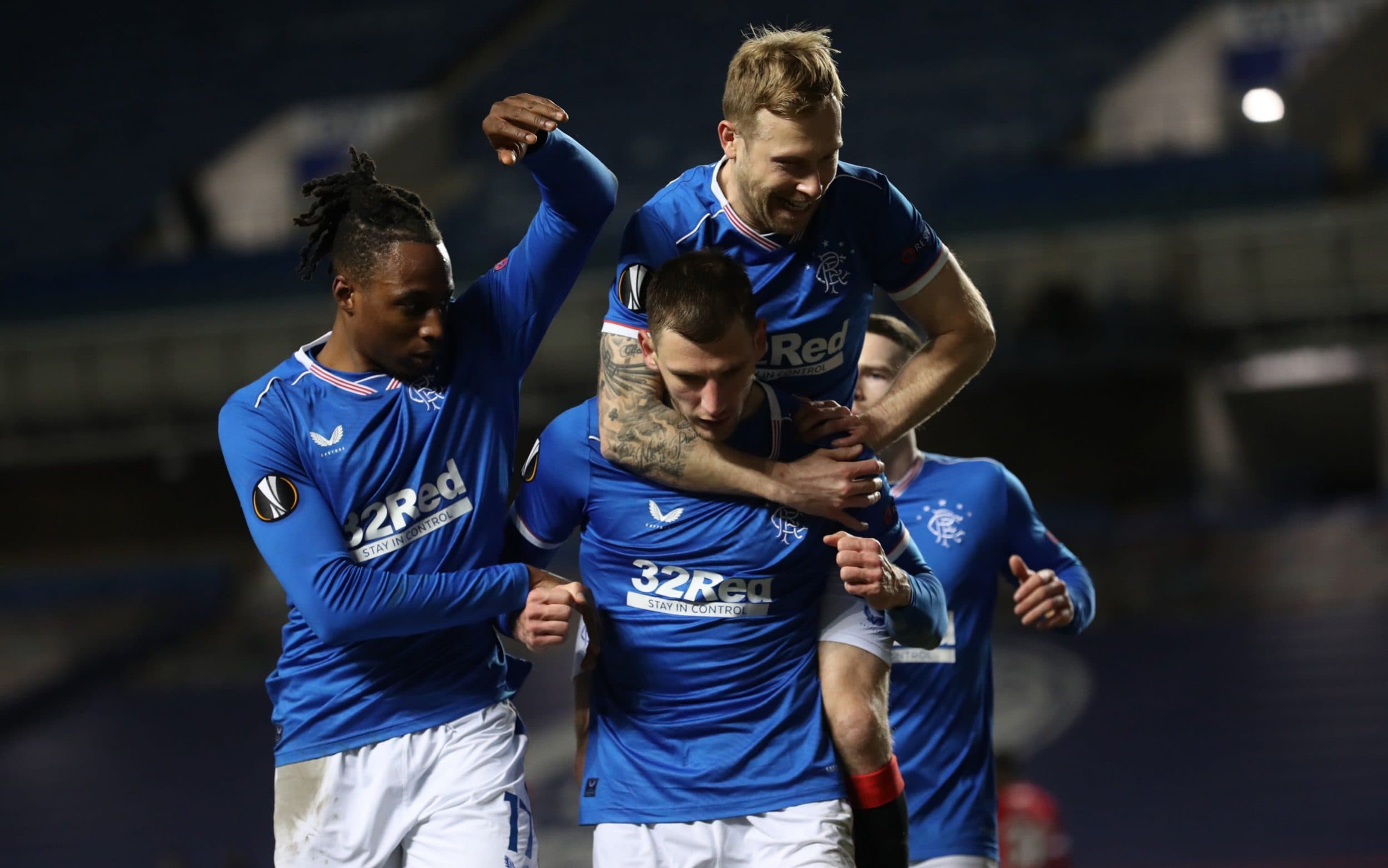 For the second time in a week Rangers and Royal Antwerp produced a fusillade of goals that necessitated periodic checks to establish exactly how their relative positions had adjusted in this Europa League tie.

In the event, Rangers strode into the last 16 for the second year in succession, inspired by Alfredo Morelos, who opened the scoring and contributed to the goals scored by Nathan Patterson, Ryan Kent and Borna Barisic, with a penalty kick after the forward had been fouled inside the box.

Rangers got a second penalty kick in injury time, when Scott Wright was taken down and Cedric Itten converted. Antwerp played their part in the fiesta as Lior Rafaelov made it 1-1 on the night and Didier Lamkel Ze was left with an open goal after Allan McGregor and Connor Goldson collided inside the box.

Patterson’s contribution was also notable because he was one of the five so-called “Covidiots” who breached coronavirus lockdown rules by attending a party after the 1-0 victory over Kilmarnock earlier in the month. One of his fellow revellers, Bongani Zungu, also made an appearance, ahead of what looks likely to be a swingeing suspension imposed by the Scottish Football Association, whenever the governing body gets around to probing the incident.

This tie bookended a highly significant passage for Gerrard & Co, following a first leg in Belgium that produced their most tumultuous performance of the season to date, as they took the lead, fell behind twice at 2-1 and 3-2 but came back to edge an injury time 4-3 victory which featured two penalty conversions by Barisic.