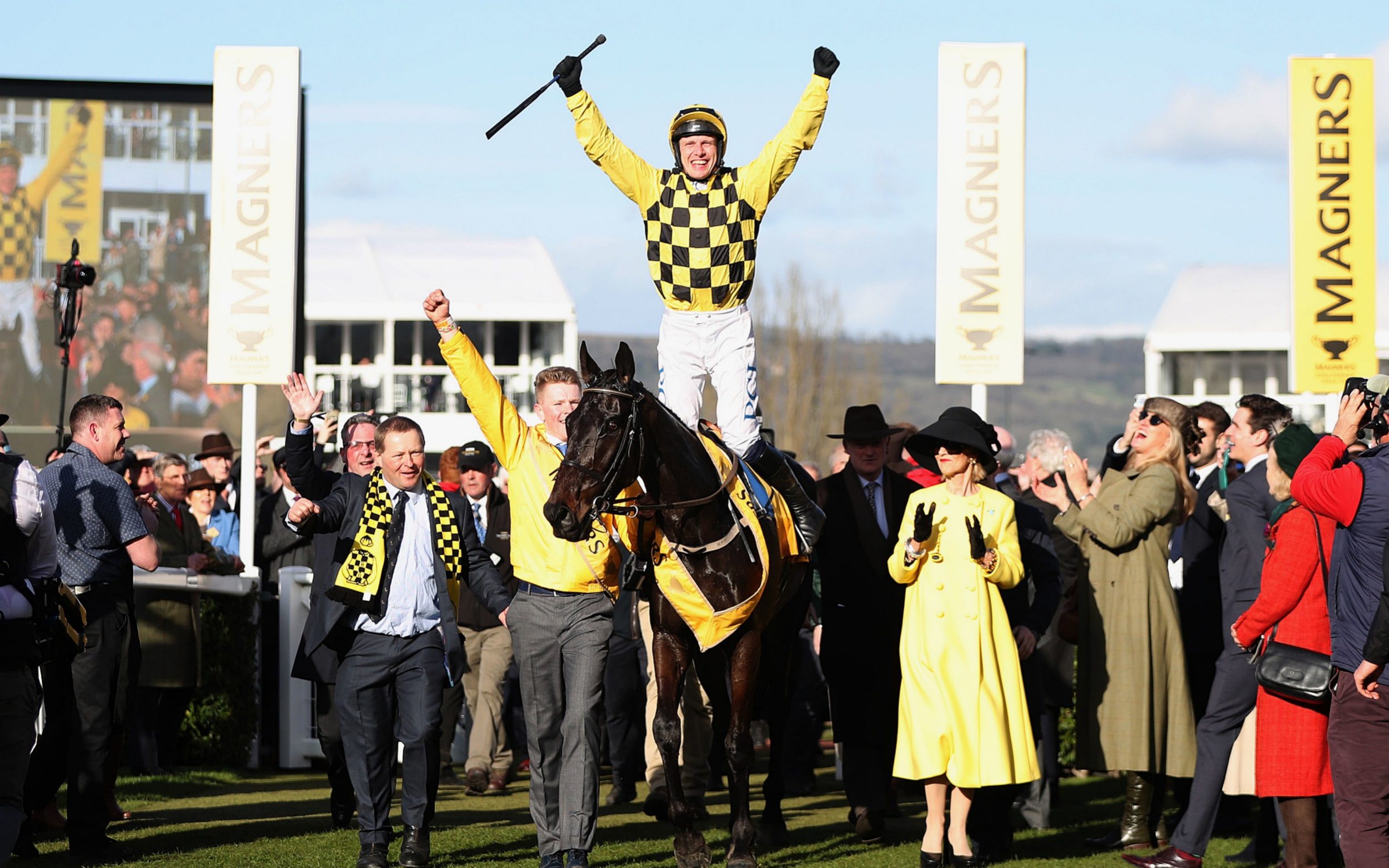 It’s the main event the Cheltenham Festival builds up to every year: the Gold Cup. Run over three miles and two and half furlongs, this famous race is the ultimate test of the best chasers, requiring more speed than the Grand National but still plenty of stamina to make it up that sapping Cheltenham hill. Plus jumping ability to navigate Cheltenham’s 22 fences.

What time is the race?

They go to post for the slightly earlier start time of 3.05pm this year. Races are 25 minutes earlier than usual as part of a reworked television schedule.

ITV1 will have live coverage fronted by Ed Chamberlin. For the first time ever, ITV will broadcast six of the seven daily races live due to the Festival being staged behind closed doors. Alternatively, you can bookmark this page and return on the day to follow the race on our dedicated live blog.

Which horses are running?

The final field will not be confirmed until closer to the race but these are some of the leading contenders we can expect to run.

Al Boum Photo: The defending champion. Has had just one run this season – at Tramore on New Year’s Day – not running at Leopardstown last month, but Mullins said he has got through some “really hard work at home”.

Champ: Won the RSA Chase in dramatic style at last season’s Festival, coming with a late charge to make up an eight-length deficit from the last. Has been an unreliable jumper in the past, but this department was promisingly strong when finishing second in the Betfair Game Spirit Chase at Newbury. That race is a mile and quarter short than the Gold Cup, so well short of his optimum trip.

A Plus Tard: Won the Christmas feature at Leopardstown, in which he proved his stamina for three miles with a relentless finish to overhaul Kemboy and Melon. Will head straight to Cheltenham without another race.

Royale Pagaille: Three consecutive wins this season, including routing the field by 16 lengths in the Peter Marsh Chase at Haydock. “A lot of people probably have unfinished business with a race like the Gold Cup,” said trainer Venetia Williams. “Anyway, it’s a bit premature to be talking about that race at the moment.”