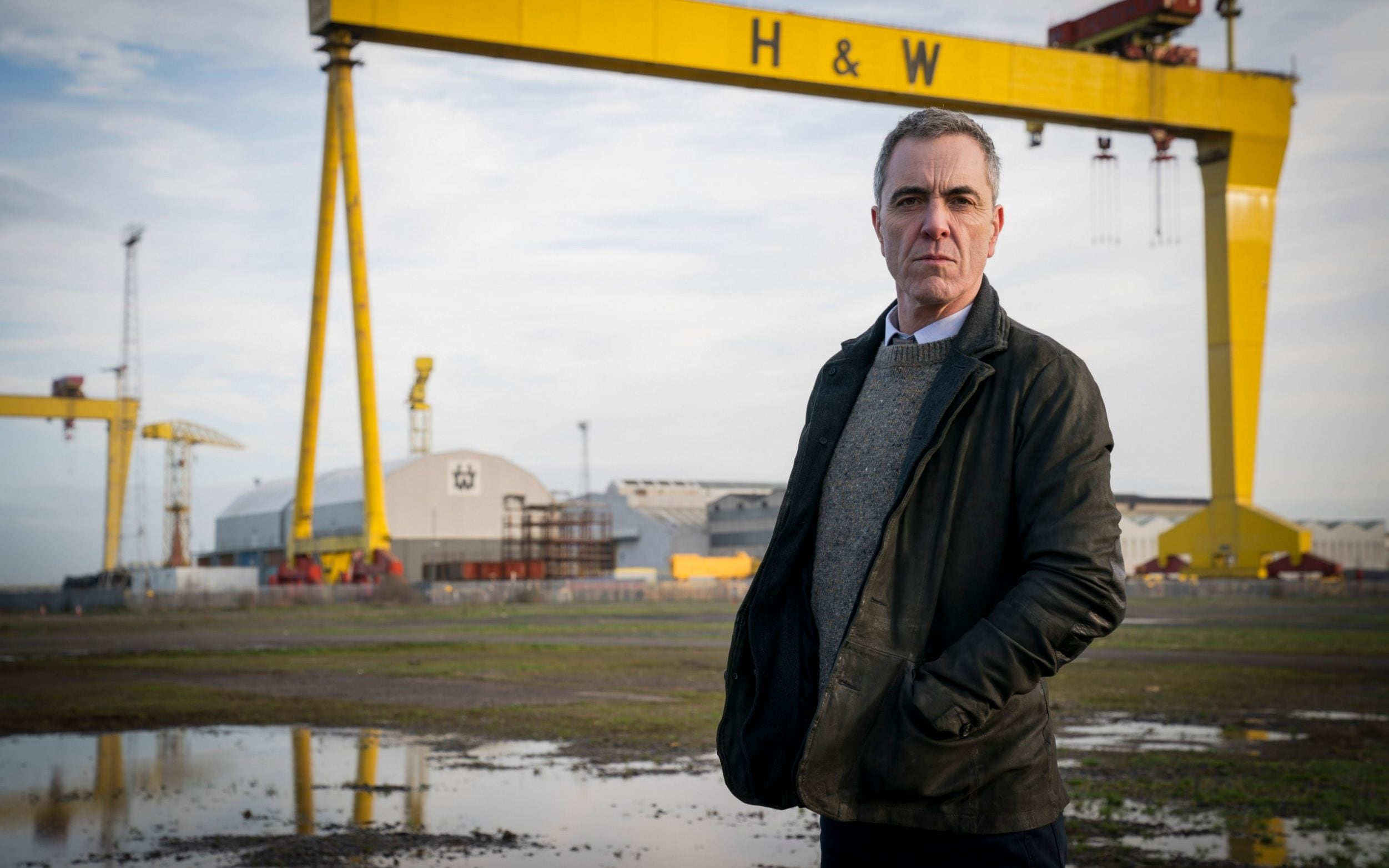 “All hell could break loose” – and it duly did

With the Catholic community still deeply suspicious of the police, Keenan’s family hadn’t reported him missing, preferring to call upon “their own people”. DCS Twomey’s fears of sectarian violence flaring up were soon borne out when a patrol car was petrol-bombed. Brannick helped rescue his fellow officers, smothering the flames and burning the lining of his expensive coat in the process.

Local politicians were soon on the TV news, criticising police for “failing our community”. Police chief Twomey used this as an excuse to come down from Belfast HQ and assume command, declaring the delicate situation had been mishandled and that as a senior Catholic officer, he could win back public trust.

Brannick’s suspicion, however, was that Twomey merely wanted to keep a closer eye on him and stop him investigating Goliath. Was there more to Twomey’s misgivings than diplomacy? His habit of peering furtively through Venetian blinds seemed to suggest so.

When McGovern put pressure on Brannick to come clean about the significance of the postcard, he brought his partner up to speed on the shadowy figure of Goliath. In early 1998, this admirably even-handed assassin had picked off anyone, Protestant or Catholic, who posed a threat to the Peace Process.

Goliath’s access to police intelligence made it likely it was an inside job. It was arranged to look like the victims had done a runner and all four had credible reasons to leave, meaning everyone chose to accept this version of events. Despite Brannick’s best investigative efforts, their bodies were never found.

The covert nature of Emma’s job meant her disappearance was never made official but it was assumed her cover had been blown and she’d gone to ground. What’s more, the Goliath files had mysteriously gone missing. Someone didn’t want Brannick getting to the truth.

Police corruption? An embedded conspiracy? A codename in the vein of “H” or “The Caddy”? Bloodlands truly does share a lot of DNA with Line Of Duty.